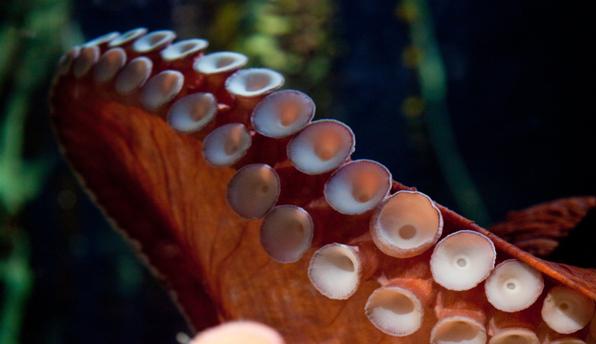 Has the Dept. of Homeland Security become America's standing army … If the United States is a police state, then the Department of Homeland Security (DHS) is its national police force, with all the brutality, ineptitude and corruption such a role implies. In fact, although the DHS' governmental bureaucracy may at times appear to be inept and bungling, it is ruthlessly efficient when it comes to building what the Founders feared most—a standing army on American soil. – YourHoustonNews

Dominant Social Theme: Ultimately, nothing happens in the US that is not constitutional.

Free-Market Analysis: This is a tough article about Homeland Security and what it is doing to what's left of US freedoms.

The author is John Whitehead. Here, from his bio:

John W. Whitehead is an attorney and author who has written, debated and practiced widely in the area of constitutional law and human rights. Whitehead's concern for the persecuted and oppressed led him, in 1982, to establish The Rutherford Institute, a nonprofit civil liberties and human rights organization whose international headquarters are located in Charlottesville, Virginia. Whitehead serves as the Institute's president and spokesperson, in addition to writing a weekly commentary that is posted on The Rutherford Institute's website (www.rutherford.org), as well being distributed to several hundred newspapers, and hosting a national public service radio campaign. Whitehead's aggressive, pioneering approach to civil liberties issues has earned him numerous accolades, including the Hungarian Medal of Freedom.

Good for Mr. Whitehead, apparently a practicing attorney, for being concerned enough to become involved in regular freedom-oriented commentary.

The third largest federal agency behind the Departments of Veterans Affairs and Defense, the DHS—with its 240,000 full-time workers, $61 billion budget and sub-agencies that include the Coast Guard, Customs and Border Protection, Secret Service, Transportation Security Administration (TSA) and the Federal Emergency Management Agency (FEMA)—has been aptly dubbed a "runaway train."

In the 12 years since it was established to "prevent terrorist attacks within the United States," the DHS has grown from a post-9/11 knee-jerk reaction to a leviathan with tentacles in every aspect of American life. With good reason, a bipartisan bill to provide greater oversight and accountability into the DHS' purchasing process has been making its way through Congress.

A better plan would be to abolish the DHS altogether. In making the case for shutting down the de facto national police agency, analyst Charles Kenny offers the following six reasons: one, the agency lacks leadership; two, terrorism is far less of a threat than it is made out to be; three, the FBI has actually stopped more alleged terrorist attacks than DHS; four, the agency wastes exorbitant amounts of money with little to show for it; five, "An overweight DHS gets a free pass to infringe civil liberties without a shred of economic justification"; and six, the agency is just plain bloated.

To Kenny's list, I will add the following: The menace of a national police force, a.k.a. a standing army, vested with so much power cannot be overstated, nor can its danger be ignored. Indeed, as the following list shows, just about every nefarious deed, tactic or thuggish policy advanced by the government today can be traced back to the DHS, its police state mindset, and the billions of dollars it distributes to police agencies in the form of grants.

Whitehead goes on to tells us that, "In 2009, DHS released three infamous reports including one entitled Operation Vigilant Eagle, outlining a surveillance program targeting veterans. The reports collectively and broadly define extremists as individuals and groups 'that are mainly antigovernment, rejecting federal authority in favor of state or local authority, or rejecting government authority entirely.'"

The results of such provocative analyses are to be seen various joint surveillance operations apparently sponsored by DHS taking place throughout the US. "In 2013, it was revealed that DHS, the FBI, state and local law enforcement agencies, and the private sector were working together to conduct nationwide surveillance on protesters' First Amendment activities."

DHS is handing out funds for license plate readers: "DHS has already distributed more than $50 million in grants to enable local police agencies to acquire license plate readers, which rely on mobile cameras to photograph and identify cars, match them against a national database, and track their movements."

DHS is building detention camps. Turns out the $385 million contract awarded to a Halliburton subsidiary to build detention centers on American soil came from, you guessed it … DHS.

Tracking cell-phones without a court order. "Distributed to local police agencies as a result of grants from the DHS, Stingray devices enable police to track individuals' cell phones—and their owners—without a court warrant or court order. The amount of information conveyed by these devices about one's activities, whereabouts and interactions is considerable."

DHS is behind "urban shield" terrorism exercises across the country; "virtual" airport strip searches via the TSA; expanding surveillance activities at malls, stadiums, bridges, etc. – even random security checks of civilians. It's behind the fusion centers that strive to bring resources of various law enforcement agencies together under one roof within a local – community – context. DHS sponsors programs that encourage neighbors to spy on each other as a way of discouraging supposed "terrorist" activities. It is behind "Constitution-free" border searches. It's funded the explosion of urban security cameras around the US. The drones increasingly appearing in US skies are the result of DHS surveillance funding.

It's not difficult to see why the DHS has been described as a "wasteful, growing, fear-mongering beast." If it is a beast, however, it is a beast that is accelerating our nation's transformation into a police state through its establishment of a standing army, a.k.a. national police force … The establishment of a national police force has served as a fundamental and final building block for every totalitarian regime that has ever wreaked havoc on humanity, from Hitler's all-too-real Nazi Germany to George Orwell's fictional Oceania.

A courageous article. What Whitehead leaves unsaid is who organized the DHS's current role and why … Nonetheless, for those of us who retain the capacity to be shocked, it's truly surprising to see how many of the most discouraging and abusive anti-freedom trends are being sponsored by a single entity.

There's a lot of "talking" going on in the US – a lot of reporting and legislative action. But behind this fog of words (and ineffective or even misguided deeds), one can vaguely discern DHS marching steadily forward, putting in place an increasingly authoritarian surveillance state despite efforts to rein it in.

DHS's authoritarian actions are analogous to those taking place in Europe and elsewhere in the world. Perhaps Mr. Whitehead will write about that next time, if he hasn't already. There's plenty to report.