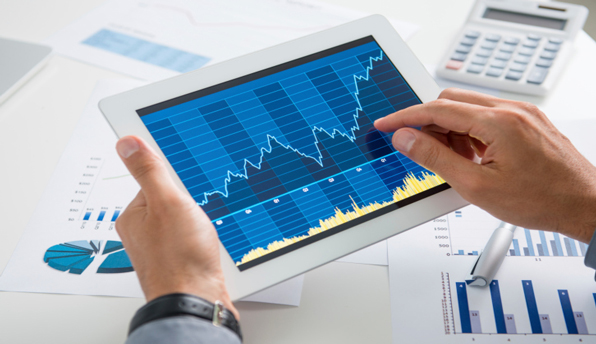 STAFF NEWS & ANALYSIS
The 10 most important lessons in finance from a legend in the field
By Jim Grant - September 06, 2018

[Editor’s note: Tuesday, we published a podcast we recorded with the legendary financial commentator, Jim Grant.

Jim is the editor of Grant’s Interest Rate Observer – one of the most-respected and followed financial publications in the world. In his 35 years writing Grant’s, Jim has seen a financial cycle or two.

And he’s amassed a network of many of the most important people on Wall Street (who often share their insights in his publication).

We’re excited to share a special piece from Jim in Notes today about the 10 most important lessons he’s learned in his 35 years in financial markets.

It’s a bit long, so we’ll publish the first half today and the rest tomorrow.

I’ve made some good calls in that time (and, yes, some bad ones).  I’ve even gained some fame – at least in certain circles – for my more accurate predictions.

But, more importantly, I like to think that I’ve become a knowledgeable student of Mr. Market. I’ve lived through and analyzed manias and crashes.  I’ve seen interest rates fall from 20% to zero – and below… I’ve seen the stock market sawed in half and I’ve seen stocks rise far above any sane measure of valuation.

And through it all, every two weeks, I’ve shared my thoughts with a select group of readers.  Many of them have been with Grant’s since day one.

With that in mind, here are the 10 most important lessons I’ve learned in finance…

1. The key to successful investing is having everyone agree with you — LATER. The most popular investment of the day is rarely the best investment. If you want to know what’s popular, look no further than the front page of your favored business journal… Or just tune in at your next cocktail party.

At Grant’s, we seek profits where no one else is looking. We’re happy to wait for the consensus to come to us.

We’ve been contrarian since day one. In our minds, there’s no better lens through which to view the market.

But with detailed security analysis and an expert understanding of market cycles, you can minimize emotions when it comes to your portfolio.

3. Everything about investing is cyclical… prices, valuations, enthusiasms. And this will never change. The greatest investors develop a sense of when markets have reached euphoric levels. And of when fear is crippling reason.

Where do you think we stand on that scale today?

4. You can’t predict the future. Nor can the guy who claims he can.

You can, however, see how the crowd is handicapping the future. Observing the odds, you can make better choices.

You can recognize the rhythms of market cycles (see lesson 3). And with enough practice, you can profit from those cycles – or at least avoid disaster. As when we warned Grant’s readers in our September 8, 2006 issue about a bubble in subprime mortgage debt – 11 months before the crisis began. And three years later, when we advised going long bank stocks before they rallied 250%.

5. Every good idea gets driven into the ground like a tomato stake. Exchange Traded Funds (ETFs) were a great idea. They allowed investors diversified exposure to a number of markets for minimal fees.

Today, ETFs account for more than 23% of all U.S. trading volume with a total market value over $3 trillion. And the ETF market is forecasted to hit $25 trillion globally by 2025.

Yes, ETFs allow investors to diversify into lots of markets for a little bit of money. But ETFs allocate money without consideration of value.

And what happens when everyone rushes for the exits?

6. Markets are not perfectly efficient. Because the people who operate them aren’t perfectly reasonable. The debate over efficient markets has raged since the birth of public markets. Grant’s comes down on the side of inefficiencies—of lucrative inefficiencies.

There will always be value in active management. It keeps the market honest. Active managers bid for companies that have been punished unjustifiably… And they apply selling pressure on egregiously overvalued, fraudulent and dying companies. It’s these inefficiencies – and Grant’slongtime, historical understanding of them – that gives our readers special perspective.

If markets were so all-fired efficient, why did the Nasdaq reach the sky in 2000? Or banks and junk bonds the depths in 2009?

How did Berkshire’s track record happen? If you were an observer, you’d see that Warren [Buffett] did most of it sitting on his ass and reading. If you want to be an outlier in achievement, just sit on your ass and read most of your life.

Let us only say that the point survives the exaggeration.

8. Never stand in line to buy anything. Here I have a confession to make. In January 1980, at the peak of the Great Inflation of the Jimmy Carter era, a line snaked out of the doors of a lower Manhattan coin dealer. The people in that queue were waiting to buy gold at what proved to be a generational high, $850 an ounce. I was in that queue. I’ve made plenty of mistakes since then. But that particular mistake I’ve subsequently avoided. Believe me, once was enough.

And when markets correct, they cause the most amount of financial pain to the greatest possible number of people.

You’ll never know exactly when these corrections are coming. But if the creditors aren’t calling your assets on the way down, you will live to fight another day. And if you happen to have cash on hand, you can make the greatest profits of your investing career.

10. “Don’t overestimate the courage you will have if things go against you.”

“Consider all the facts – meditate on them. Don’t let what you want to happen influence your judgement.”

“Do your own thinking. Don’t let your emotions enter into it. Keep out of any environment that may affect your acting on your own reason.”

These final three items, which I’ve included as a single lesson, are in quotation marks because I borrowed them from the late Bernard M. Baruch – one of the greatest investors who ever lived.

I know he won’t mind (after a brilliant career in Wall Street and Washington, Mr. Baruch died in 1965, at the ripe old age of 94).

I came to know the great investor in the course of writing his biography. If you read enough, you, too, can assemble a circle of friends from the past as well as the present.