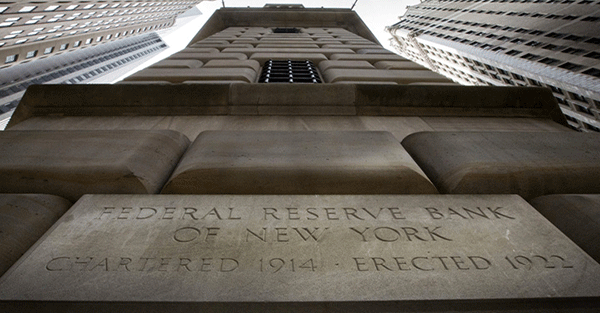 “Consistent with its statutory mandate, the Committee seeks to foster maximum employment and price stability … Against this backdrop, the Committee decided to maintain the target range for the federal funds rate at 1/4 to 1/2 percent. The stance of monetary policy remains accommodative, thereby supporting further improvement in labor market conditions and a return to 2 percent inflation.” -Fed press release following Wednesday FOMC meeting

The reality of the FOMC meeting on Wednesday and its subsequent – and sudden – dovishness generated considerable speculation.

From our perspective, the statement is one more piece of evidence regarding the creation of a new kind of central-bank oriented economy.

The stool is supported by three legs.

One is low or negative interest rates. The second is the “cashless” society. The third is the “basic income.”

These policies represent a fundamental shift in how economies operate. It changes the way we think about money and use it.

We will need to consider it regularly when making plans for generating and retaining wealth.

The recent FOMC meeting showed clearly that this stool is under construction.

Why? Let’s start with the most obvious.

The harsh realities of the US economy simply dictate that the Fed must be very careful about higher rates.

The Fed did try to hike late last year. As it turned out its single 25 basis point hike triggered a considerable market swoon.

Of course, the Fed remains committed to more such hikes in 2016.

But the Fed is stuck in zero-bound. It is only loose credit that galvanizes America’s distorted and increasingly bankrupt economy.

The Zero Hedge analysis centered around the word “accommodative.”  As in, “the stance of the monetary policy remains accommodative, thereby supporting further improvement in labor market conditions …”

In fact, rate hikes are antithetical to an “accommodative” policy of low interest rates.

Janet Yellen had spent most of 2015 threatening to raise rates but now it seems that LOWER rates are more accommodative to growth.

ZeroHedge jumped on this contradiction with both feet.

Either hiking rates supports the expansion or perpetual low rates “accommodate” it. Not both.

Either the Fed was “spooked” by something, or FOMC was hewing to a larger professional consensus.

“The second possibility being discussed is that some type of central bank accord was reached at the G20 meeting in Shanghai February 25-26… It is not difficult to envision an agreement where central banks agreed to provide more stimuli, if the Fed agreed to pause in order to not offset the effects of such moves.”

This point confirms observations we have often made regarding the cartel-like aspects of central banking and the domination of its organizing facility, the Bank for International Settlements.

In any other business or industry, such overt monopoly activity would result in the prosecution and perhaps incarceration of those involved.

But central banks have always been exempt from legal ramifications of their dirty deeds. There is little or nothing that justifies such a wretched system.

In this Internet era, its wretchedness has become clearer.

A recent post at Business Spectator eloquently explained the ramifications of central bank failure within the EU. The article is entitled An ECB Dead End.

“Let there be no doubt about it: Europe has manoeuvred itself into a dead end … Let’s put it this way: If the ECB decided tomorrow, next year or in 10 years’ time that now was the time to return to more normal monetary circumstances, it could no longer do so. With its policies, the ECB has made itself indispensable. It is only the ECB and the ECB alone that can keep the great illusion of European Monetary Union alive.”

This is clearly a reason as to why such “dead end” policies are being applied. Central bankers are in the process of ensuring that their banking facilities directly support the general economy in such a way that they cannot be removed.

As we’ve suggested, a new monetary stool is under construction.

Cashlessness, negative interest rates and a basic income – each one of these policies reinforces the other and centralizes the power and influence of central banks even more.

To further cement cashlessness, central banks are even starting to create their own digital currencies, such as the Bank of England’s RScoin.

But unlike decentralized bitcoin, these currencies will be issued directly by the central bank. Soon people may be opening accounts directly with their central bank, bypassing the savings and commercial banks entirely.

Between depriving people of circulating money (cash), forcing people to consume via NIRP and providing people with a basic income for their lifestyle needs, central bankers intend to entrench the system so thoroughly that it will never be rooted out.

And as indicated by the recent FOMC minutes, major central bankers are singing in harmony. They are working from the same play book.

Worse is coming and none of this will be settled soon. But please understand: It is not possible that the full panorama of elite monetary solutions will ever be fully implemented.

Such a fundamental deprivation of freedom on a worldwide level is not possible.

Conclusion: Your duty to yourself and your family is survive during this increasingly chaotic interregnum. On the other side awaits a happier day and a brighter future. Make sure you have the resources to get there.