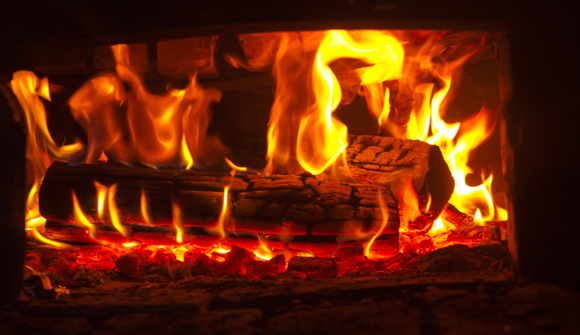 ACLU and Professor Team Up to Encourage Book Burnings

Abigail Shrier has committed the ultimate sin: she has a different opinion than the woke mob. And that is an unforgivable transgression.

Shrier’s new book is called Irreversible Damage: The Transgender Craze Seducing Our Daughters, and she discusses some very strong views, such as that children shouldn’t be coaxed into taking life-altering hormones.

This is a controversial topic for many people, and they can choose to support or argue against Shrier’s opinions.

But that’s not how the woke mob works. They don’t use logic and debate to engage in intellectual discourse.

Instead, they simply rage– what Isaac Asimov described as “the last resource of fools.”

So naturally Twitter is jumping all over this book and trying to cancel it.

Target– the mega retail chain with stores all over the Land of the Free, already buckled, and decided to pull the book because apparently it’s full of hate speech.

(Never mind that Target continues to sell White Fragility, which is also full of hate speech that accuses roughly half the country of being White Supremacists…)

But more surprising is that Chase Strangio, a deputy director with the ACLU, is one of the Twitter mobsters.

Strangio recently Tweeted, “We have to fight these ideas… Stopping the circulation of this book and these ideas is 100% a hill I will die on.”

Remember, Strangio is with the ACLU, where the ‘C’ and ‘L’ stand for ‘Civil Liberties’. And last time I checked, civil liberties include freedom of speech. How quaint.

Also joining the mob is a Professor of English from the University of California’s Berkely campus, who encourages people to steal and burn the book.

That’s right, our cultural overseers are now advocating literal book burnings in the Land of the Free.

How to Be a Hero in Germany: Do Nothing

A new ad from the German government opens with an old man telling his story about how he survived the winter of 2020… back when he was 22.

The commercial is meant to be a comical way to encourage people to stay home to contain COVID-19.

The producers filmed the spot to make it look as if a Veteran of World War Two was being interviewed about doing something actually heroic– for instance, risking his life to save a village of defenseless civilians.

But the ad says that all it takes to be a hero in the winter of 2020 is to do nothing: “Absolutely nothing. Being as lazy as raccoons.”

People actually think they are heroes for being lazy, while shaming anyone who dares to live their lives without fear.

The system of New York State Universities announced a policy that all students on all campuses must test negative for COVID-19 before LEAVING campus to go home for the holidays.

If students test positive, they will be FORCED to quarantine on campus for 14 days, at the responsibility of the University.

And since campuses close just prior to Thanksgiving, that means students who test positive could be held hostage in isolation on the holiday, prevented from going home to see their families.

One question: HOW IS THIS NOT KIDNAPPING????

Argentina’s government has been an endless supply of terrible ideas, from wealth taxes to full-blow asset confiscation. Their latest idea? Taxing the air– more specifically the wind.

Companies which sell wind power will have to pay 4.5% REVENUE (not profit) tax to the municipality for the privilege of using the air.

Remember when governments were talking about fossil fuel taxes to encourage energy companies to stop drilling and start investing in renewable energy?

Gee I wonder what’s going to happen with this one…

The City Commissioner in Portland, Oregon, Comrade Jo Ann Hardesty, has strongly voiced her support for defunding the police.

So you’d think she’d be the last person to ever call the cops.

But Hardesty was recently in a Lyft and got into an argument with her driver over some petty issue over the windows being up or down.

Apparently the argument escalated, and the driver pulled into a gas station and asked Hardesty to exit the vehicle.

Now, instead of resolving the matter like a grown adult, Hardesty– an elected official– decided to call 911 (i.e. a number reserved for EMERGENCIES).

The 911 dispatcher explained to Hardesty that no crime had been committed; if the Lyft driver wanted to cancel the ride, that was his right.

But Hardesty insisted that the dispatcher send the police, i.e. the very people she wants to defund… because apparently this petty dispute constituted an emergency.

Of course there is room for police reform. But Hardesty is absurdly hypocritical to call the police for such a trivial reason… and then demand that they be defunded.