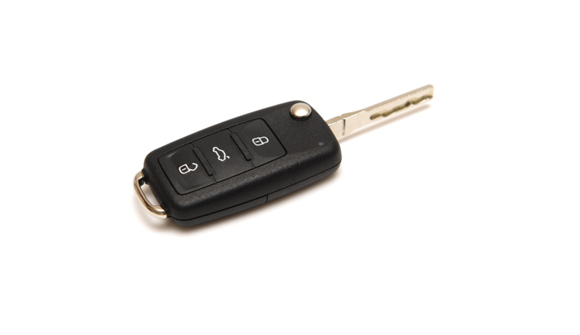 Volkswagen's scheme to cheat on emissions tests could have been found out earlier if the automaker—and indeed all automakers—hadn't been able to block car-owners from digging into the software that runs their vehicles, digital rights advocates say.

The Electronic Frontier Foundation says that the Digital Millennium Copyright Act (DCMA)—the controversial US law governing digital copyright preventions—prevents tinkerers from examining or modifying the computer code that controls everything from the engine's throttle to the brakes, and even the steering.

Car-owners who attempt to even inspect this code, much less modify it, are blocked by digital protections that only authorized mechanics can penetrate—and any attempt to break through those locks could violate warranties and other legal covenants.

The EFF has pushed the US government to make an exemption to the law, enabling car-owners to examine their cars' software the same way they might check the oil or replace mechanical parts: After all, it's their car. – Quartz.com, Sept 23, 2015

"After all, it's their car," says the author of today's excerpt. This is incorrect. No one "owns" his or her car, if ownership means the right to do what you want with the object you own. What we really have is a sort of long-term conditional lease.

The so-called "sharing economy" is not coming. It is already here.

Modern vehicles are not just mechanical devices. They contain sophisticated electronics run by software that is off limits to the vehicle's supposed owner. We discussed this a few months ago in John Deere's Weird Idea of Ownership. Now the Volkswagen emission scandal illustrates another consequence.

Volkswagen admitted last week to selling some 11 million vehicles worldwide whose software intentionally deceived both owners and government regulators. As Quartz says, someone would likely have discovered the fraud long ago if owners had been able to review their vehicles' source code.

Both Volkswagen and other manufacturers claim that hiding the source code is necessary to lock out hackers and prevent other misuse. Vehicle hacking is a real risk, but shouldn't owners be able to take that risk if they wish?

It is also true that if significant demand existed for an open-source vehicle, the free market would provide one. The counter to that is that we do not have a free market in automobiles as we do in, say, Internet browsers. Selling a vehicle requires government permission that comes only at a heavy price.

As a practical matter, then, it isn't clear anyone truly "owns" anything in modern society.

Our cars are black boxes whose inner workings we do not control or even understand.

Home ownership exists on the condition you pay a never-ending stream of property taxes and comply with the maze of building codes and government-enforced deed restrictions.

The mobile devices and computers that connect us to each other operate on hidden source code that may or may not do what we want.

If private property rights are the foundation of a free economy, then it should be clear to all that we have neither. We have something else completely, so we might as well admit it.