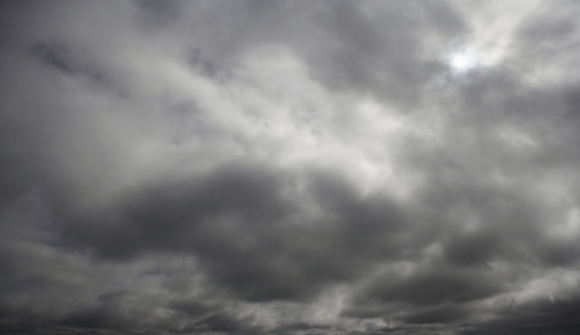 Icahn, Soros, Druckenmiller, And Now Zell: The Billionaires Are All Quietly Preparing For The Plunge … "The stock market is at an all-time, but economic activity is not at an all-time," explains billionaire investor Sam Zell to CNBC this morning, adding that, "every company that's missed has missed on the revenue side, which is a reflection that there's a demand issue; and when you got a demand issue it's hard to imagine the stock market at an all-time high." Zell said he is being very cautious adding to stocks and cutting some positions because "I don't remember any time in my career where there have been as many wildcards floating out there that have the potential to be very significant and alter people's thinking." – ZeroHedge

Dominant Social Theme: Something is going to happen in the fall … but what?

Free-Market Analysis: In the other article in today's issue, we took a look at China's increasingly wretched economic performance in terms of its upcoming stock market impact.

You'll see that our view takes into account China's huge size, which seems to preclude a rapid public unraveling, especially since, in our view, that unraveling has been taking place for at least four years now without having an impact commensurate to its reality.

The media doesn't cover such things, for the most part; the Chinese government itself will go to any lengths to downplay the current unrolling disaster; the Chinese central bank will print any amount of money (or so it seems) to continue to monetize China's failing industrial and banking base.

And so China indeed faces a kind of generalized bankruptcy, but there is no reason to think the ramifications will play out this fall just because they exist. They've existed a long time and China still staggers forward.

What's interesting, however, as we can see from this ZeroHedge article, is that some of the US's top investment minds are certainly expecting that SOMETHING will happen to stocks in autumn. China may or may not be the proximate trigger but there is a growing billionaire's club with bearish sentiments.

Zell also discussed his view on Obama's Fed encouraging disparity and on tax inversions, but concludes, rather ominously, "this is the first time I ever remember where having cash isn't such a terrible thing." Zell's calls should not be shocking following George Soros. Stan Druckenmiller, and Carl Icahn's warnings that there is trouble ahead.

Sam Zell On Stocks and reality… "People have no place else to put their money, and the stock market is getting more than its share. It's very likely that something has to give here …I don't remember any time in my career where there have been as many wildcards floating out there that have the potential to be very significant and alter people's thinking," he said.

"If there's a change in confidence or some international event that changes the dynamics, people could in effect take a different position with reference to the market … It's almost every company that's missed has missed on the revenue side, which is a reflection that there's a demand issue," he said. "When you got a demand issue it's hard to imagine the stock market at an all-time high."

He also lamented about how difficult it is to call a market top. "If you're wrong on when, that's a problem." His answer: "You got to tiptoe … and find the right balance … This is the first time I ever remember where having cash isn't such a terrible thing, despite the fact that interest rates are as low as they are," he added.

Zell makes good points in his comments. While Wall Street and fedgov have done everything in their collective power to install an upward bias in US markets – the most important consumer markets in the world – investors still have the legal latitude to walk away.

As Zell says, if some significant change in perception "changes the dynamic" Western marts and US equity markets in particular could see significant selling. It happened most recently in 1987 when a significant market contraction took place in a single day.

This might not seem an imminent reality were markets not making higher highs after an expansion that has gone on for at least five years.

Our argument regarding this cooked-up "Wall Street Party" has always been that those behind it want it to run several years longer. The idea may be that when it DOES reset, the damage will be so extensive that there will be no alternative but to further internationalize the system, which has surely been the goal all along.

But there is no denying the possibility of a crash this year … this autumn. The larger question is, what kind of crash? Would it be a 1987-style crash, immediately counteracted by the "plunge protection team" and ameliorated by the Fed's increasingly compulsive money printing?

Ben Bernanke supposedly printed some US$16 trillion in short-term loans in a single weekend. Nothing stops the Fed, when faced with another debacle, from printing a similar amount, or perhaps more. Anything to stem the red ink. Anything to turn the averages back around.

So we will see. We don't get the feeling that the power elite that has helped engineer this expansion wants it to stop just yet. And thus even a market break might be confronted with such ferocious liquidity that we would see a late 1980s-style recovery that put to rest fears that 1987 was anything like 1929.

After 1929, the Fed contracted the money supply and Roosevelt regulated. But in 2014, all that seems to matter is the current monetary madness. Fed officials, threatened by any derailment of the US's purported recovery, will no doubt do the only thing they know how to do – which is to print more and more.

Will it be enough? Maybe this time. And maybe next time they won't want to …