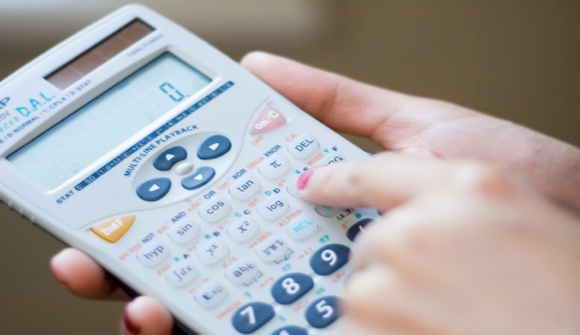 The Rise of Bitcoin Is It Real Money If It Doesn't Come From the Mint? … Bitcoins introduced a lot of people to the idea of computerized money. Now the digital currency, which set off a minor frenzy when it broke into public consciousness in 2013, is trying to grow up and turn into something useful. – Bloomberg

Free-Market Analysis: We´ve always been a little skeptical of bitcoin and have received plenty of slings and arrows for our apparently non-libertarian stance when it comes to this private, electronic technology. But we remain interested and this Bloomberg article caught our eye.

This Bloomberg Quick Take, in fact, was first posted at the beginning of October and then updated yesterday. The short article asks two significant questions: What is money and can bitcoin become an accepted money regionally or worldwide?

Remember, please … for a while, it was quite the fashion to approve of bitcoin if you believed in freedom and rooted for its expansion. Now the mania seems to have worn a bit thin, but our fascination remains … and our skepticism.

We had trouble with bitcoin´s backstory. We found it hard to believe that some Japanese fellow had simply dumped such an elaborate concept anonymously onto the 'Net. We also found its adoption hard to believe. After all, how many white papers, no matter how brilliant, languish in the blogosphere?

Somehow this one created a currency revolution. Okay … Well, maybe …

Bloomberg doesn´t puzzle much over how and why bitcoin got its start. This Quick Take accepts the mainstream history as a given but then goes on – as mentioned – to ask several questions that are interesting anyway.

Novelty has given way to the hard slog of starting and funding new companies, like brokerages and bitcoin storage sites, that can be boring and profitable. Utopian fantasies have subsided as consumers remain unconvinced of the value of swapping their cash for bitcoins, or using it to buy goods and services or for transferring money.

There are plenty of people in Silicon Valley, Wall Street and other tech or money hubs around the world working on it, but no definitive answers are in sight. With price swings that have shown that owning bitcoins isn't a sure path to riches — the currency's value swooned 20 percent over five days in October — you have to believe in the brainpower invested in bitcoins if you want to believe that the reality will eventually match the rhetoric.

Even as entrepreneurs look for new business models, the bitcoin community has been working through some legacy issues, like the 2013 indictment of the operator of Silk Road, an anything-goes online market where drugs were peddled for bitcoins or the bankruptcy filing by Mt. Gox, a Tokyo-based exchange, after hackers pilfered 850,000 bitcoins.

Regulators are proving to be a bigger challenge than many entrepreneurs had hoped. Benjamin Lawsky, the New York state superintendent of financial services, has proposed rules on digital currency companies that drew often-unprintable reactions from bitcoin entrepreneurs.

European banks were warned against handling bitcoins until new EU regulations take effect. The U.S. Internal Revenue Service ruled that bitcoins would be treated as property, not currency — meaning that buying a $2 cup of coffee with bitcoin you bought for $1 could trigger a capital gains tax.

And the Bitcoin Foundation is fighting an internal battle over whether supporters should focus on advocacy or improving the software that makes transactions in the currency possible.

Leaving aside our suspicions about bitcoin´s antecedents, we remain worried about its evolution. You can see an interview dealing with these issues here:

Jesse Heaslip, Bitcoin Entrepreneur: How a Government Partnership Will Build a Bright Future

It was Heaslip´s conviction that bitcoin was not going to expand without government blessing; his perspective was validated by arrests of bitcoin entrepreneurs that set up various facilities for trading items that were frowned upon by authorities.

Heaslip also made the point that exchanges trading bitcoin were going to demand transparency and, indeed, this is happening. However, users' enthusiasm for this bitcoin development may not be overwhelming given the attractiveness of bitcoin as a privacy enhancer.

One alternative to bitcoin we've mentioned in the past is called hawala or hewala and means transfer. According to Wikipedia, hawala is "an informal value transfer system based on the performance and honour of a huge network of money brokers, primarily located in the Middle East, North Africa, the Horn of Africa, and the Indian subcontinent, operating outside of, or parallel to, traditional banking, financial channels, and remittance systems."

Hawala can be implemented anonymously, and this is certainly something that recommends it to those interested in preserving their privacy in an increasingly intrusive time. Wikipedia, again:

In the most basic variant of the hawala system, money is transferred via a network of hawala brokers, or hawaladars. It is the transfer of money without actually moving it. In fact, a successful definition of the hawala system that is used is "money transfer without money movement."

It has struck us in the past that a combination of hawala combined with the use of gold and silver potentially provides both anonymity and value. Perhaps this sort of concept is already in use regularly (but surely if so it is not advertised). Nonetheless, it would seem to us to offer an intriguing solution.

In the meantime, there is bitcoin. While Austrian economics tells us that anything can be used as money if it is accepted by users, bitcoin does have significant hurdles to clear given increasing elements of antipathy exhibited by officialdom around the world.

Bitcoin is also a bit complex to use, which militates against its quick acceptance by a larger public that is not especially comfortable with this sort of technology. Nonetheless, bitcoin continues to maintain value among those who hold it and use it for transactions.

We're not going to make any predictions about bitcoin long-term, but it does have valid elements in an increasingly challenging transactional era. Understand, we not advocating criminality, merely privacy. Government is increasingly intrusive these days and we're not aware of any abiding right for officials to know every single aspect of your financial life.

Our "advice"? What we have suggested before: Investigate bitcoin, even experiment with it … but hold your gold and silver tight.