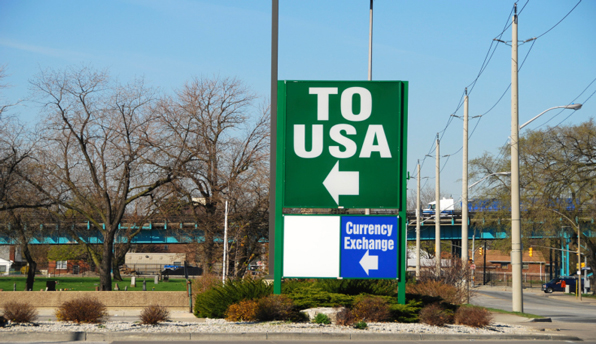 STAFF NEWS & ANALYSIS
The Brutalization of the West
By Staff News & Analysis - July 01, 2014

Obama plans to go it alone on immigration reform … With Republicans refusing to take up a bill, the president says he will move forward with executive actions … President Obama announced Monday that in the absence of congressional action, he plans to move forward with his own executive actions to address the long-stymied issue of immigration reform … Obama, as he has done in the past, scolded congressional Republicans Monday for what he termed putting politics before good policy, that had the support of the majority of the American public. – Al Jazeera

Dominant Social Theme: President Obama will do what needs to be done.

Free-Market Analysis: Al Jazeera uses euphemisms in this article because the reality is incendiary. President Barack Obama is not "going it alone" on immigration reform. He is breaking down the borders of the country he is supposed to defend – illegally so.

He may scold Republicans for "putting politics before good policy" but Obama's actions don't have the support of a majority of US citizens and what he considers "good policy" is a kind of lawlessness.

This Al Jazeera article, and its language, are symptomatic of the way the US mainstream press is covering this issue. It actually resembles a cover-up rather than coverage.

Although the president vowed to continue to work with any congressional Republicans who were willing to work on bipartisan legislation, his decision to move forward with executive actions seemed to be an implicit acknowledgment that the prospects for an immigration reform bill passing during his second term are bleak.

… Obama said as an initial step, he would be directing Director of Homeland Security Jeh Johnson and Attorney General Eric Holder to direct enforcement resources from the interior to the border. The intended effect is to presumably reduce the breakneck pace of deportations, as immigration advocates have been agitating for for months.

The president also said he has tasked Johnson and Holder to come up with additional recommendations for executive actions he can take on immigration "within [his] existing legal authority" to address some of the problems by the end of the summer.

The move by the Obama administration is sure to raise more GOP hackles, as Republicans have long criticized the president for bypassing Congress and too liberally exercising his executive authority. Obama appeared to already be anticipating the criticism.

"I don't prefer taking administrative action, I'd rather see permanent fixes," he said. "Pass a bill, solve a problem. Don't just say no."

… "The crisis at our southern border reminds us all of the critical importance of fixing our broken immigration system," Speaker John Boehner said in a statement. "It is sad and disappointing that — faced with this challenge — President Obama won't work with us, but is instead intent on going it alone with executive orders that can't and won't fix these problems."

What this article doesn't tell us is that the crisis has been to a large degree manufactured. There are reports, mainly in the alternative media, that Latin Americans have been given to understand that if they can get into the US they may be able to stay.

According to a Breitbart news report, immigrants who cross over as incomplete family units are being processed for future court dates and then put on buses to cities of their choice around the US. These immigrants will then skip their court dates but will not be penalized for doing so. They will simply stay in the US and perhaps at some point may receive amnesty or formal documents allowing them to stay.

This is truly a lawless affair – and that is surely the most disturbing part of the exercise. A US president is no longer afraid to flout laws as he chooses and to justify his actions by claiming that it is the "right thing to do."

A free-market perspective toward immigration would be one in which people flowed freely across "borders" depending on where they could find work and private housing. This would not be an unrestricted sort of immigration, as people would go where jobs were available and would cease to arrive when there was no more demand.

But what the Obama administration – and nation-states generally – create are policies that have little relationship to the marketplace. In this case, immigration is obviously being used as a political tool, and in Europe as well.

While there are many reasons why modern immigration policies are dubious, the real reasons for these policies can best be understood from the standpoint of internationalism. Throughout Europe and now throughout the US, immigration is being used to break down culture and create new populations in regions that have traditionally been mono-cultural.

As individual cultures are penetrated and vitiated, resistance to increased globalism is also weakened. In the case of the US, what seems to be planned is a North American Union that will consist of Canada, Mexico and the US, and then probably other countries as well.

In Europe, countries are receiving large surges of immigrants – and this is obviously by design as governments determine immigration patterns. Middle Eastern, Indian and Pakistani immigrants affect the dominant English culture. France and Germany are receiving the same treatment.

Not surprisingly, the long-term reason for aggressive immigration is not being reported by the mainstream media, in part because to do so would be to admit the reality of a globalist enterprise. But the reality exists nonetheless – and it is growing more visible every day.

Such policies constitute a kind of lawlessness themselves. And Obama's approach compounds the injury. At some point, immigration ceases to be the central problem. One is more apt to be concerned with flouting of laws by Western leaders.

Couple this trend with rising police brutality, increasing militarization and serial warfare in Africa and the Middle East and you begin to observe European and North American societies are changing dramatically and not for the better. Call it "the brutalization of the West."