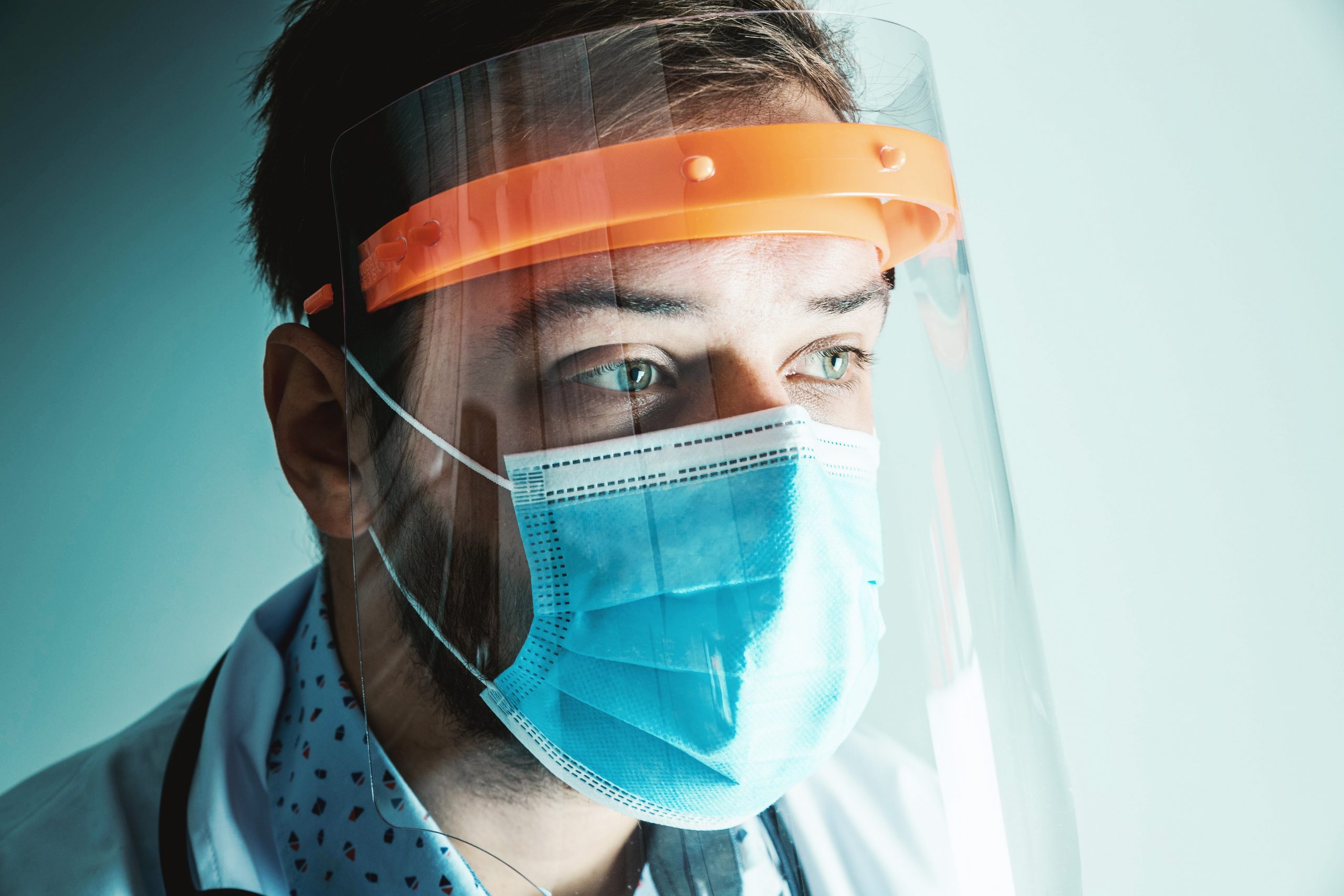 COVID-19 was so dangerous, according to the corporate media and federal government, as to warrant worldwide lockdowns and emergency “vaccines.” They came with nearly incalculable social fallout and economic costs – but those were just the costs we had to pay for the sake of Public Health©.

If we are operating on the assumption that the lockdown-induced social and economic damage was the bug and not the feature, we’d expect the ruling class to throw the kitchen sink at the virus in order to minimize its impact.

If that’s the case, why are the Public Health© authorities and corporations so perplexingly disinterested in the most effective, accessible, and safe supplements to prevent severe infection?

The only prophylactics the corporate media ever apparently want to promote are masks and vaccines – tools of social control and biomedical profiteering, respectively.

Even though a full ¾ of Americans are woefully deficient in critical vitamin D, part-time corporate media hack and full-time Johns Hopkins technocrat Steven Salzberg recently penned a Forbes article demonizing it as “worthless” and even somehow “dangerous” : 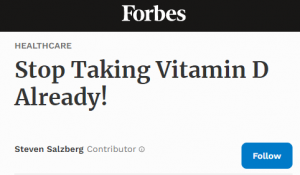 Unsurprisingly, the author, Steven Salzberg, is a professor of biomedical engineering at Johns Hopkins.

Johns Hopkins is the undisputed Heart of COVID-19 Darkness – the progenitor of lockdown policies and the most-cited authority for the corporate media and government to justify mask and vaccine mandates. 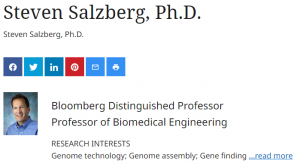 According to Johns Hopkins, you don’t need vitamin D, which comes from the sun – but you do need nanotech robots called “theragrippers” that latch onto your intestines just like parasites to deliver whatever latest drugs big pharma has developed:

What the Johns Hopkins hack Salzberg did in his anti-vitamin D propaganda piece was cherry-pick a few studies (probably funded by Big Pharma) to shape the narrative that he wanted to promote. He then whole-cloth disregarded the overwhelming preponderance of evidence that debunks his moronic take on vitamin D.

The health consequences of vitamin D deficiency are as debilitating as they are well-documented. These include:

In addition to the above symptoms, low vitamin D levels markedly increase risk of acute and chronic illnesses, including:

But that’s all golden for Big Pharma. They’ve got vaccines for acute infections and drugs to hook you on for life to treat chronic illnesses. They’ll drain you of your life savings as you slowly die, all the while never getting to the root cause of your illness – which, in many cases, might well be a vitamin D deficiency.

Salzberg asserts in his anti-science propaganda piece as a matter of fact that vitamin D does not support weight loss, despite the treasure trove of peer-reviewed published clinical data indicating that vitamin D deficiency is linked to obesity while higher vitamin D levels correlate to less weight gain (see here, here, and here).

Commit the mortal sin that the corporate media warns against and do your own research. You’ll find a veritable treasure trove of scientific research published in leading medical journals connecting vitamin D with lower adiposity (fat accumulation).

You’ll find the same volume of evidence supporting vitamin D’s efficacy for treating depression and the other conditions Salzberg shrugs off in his article. If it were up to him, doubtless, he’d just hand out SSRI antidepressants like candy to depressed patients – even though recent inquiry proved the entire SSRI house of cards to be a total Big Pharma scam. 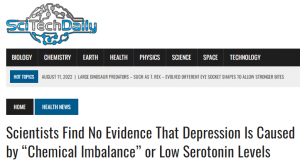 The same people who bastardize the scientific method for personal and institutional gain are the ones who insist that the peasants “Respect the Science©,” which actually means “shut up and don’t do any science that might challenge my voodoo.”

Salzberg never mentions vitamin D for immunity — perhaps the most apropos of all of the steroid hormone’s benefits.

Vitamin D is proven in spades, over and over, in literally thousands of clinical trials from researchers worldwide over decades, to enhance immunity.

For instance, in one meta-analysis – the granddaddy of all study designs in which scientists combine data from multiple studies and then aggregate the data – researchers concluded that:

“Vitamin D modulates the systemic inflammatory response through interaction with [the] immune system. As such, it has a possible protective role against the risk of respiratory tract infections and other diseases.”

That’s direct from The Journal of Steroid Biochemistry and Molecular Biology, published on the National Institutes of Health website – the purported Public Health© godhead itself. The methodology and conclusion are unassailable. Vitamin D is indispensable for a strong immune system. No serious doctor would claim anything to the contrary.

Yet, vitamin D manufacturers aren’t legally allowed to make any claim related to their products’ documented, beneficial properties. In fact, they’re legally required to place a disclaimer explicitly stating that the FDA hasn’t approved vitamin D for any therapeutic purpose or else risk getting sued into bankruptcy. That’s how America, Land of the Free, works. 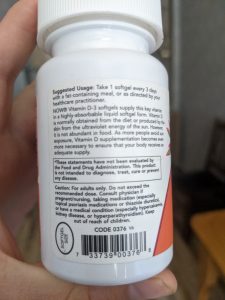 Denying decades of results from clinical, scientific inquiry at the behest of the NIH/FDA/Big Pharma cartel is how we Respect the Science© in the corporate technocracy.

Blessed be the pharma priests.