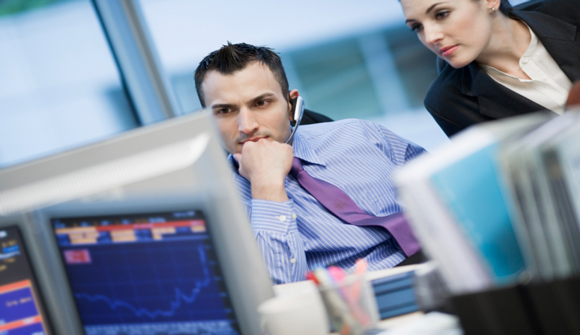 STAFF NEWS & ANALYSIS
The Crashes and Profits Yet to Come
By Staff News & Analysis - December 04, 2014

Five reasons why markets are heading for a crash … Hold onto your hats. Stock markets look much as they did in 2000 and 2007 … We had a slight premonition of what's to come in the October mini-crash … Many stock markets are close to their all-time highs, the oil price is plummeting, delivering a significant boost to Western and Asian economies, the European Central Bank is getting ready for full-scale sovereign QE – or so everyone seems to believe – the American recovery is gaining momentum, Britain is experiencing the highest rate of growth in the G7, God is in his heaven and all's right with the world. All good, then? No, not good at all. I don't want to put a dampener on the festive cheer, but here are five reasons to think things are not quite the unadulterated picture of harmony and advancement many stock market pundits would have you believe. – UK Telegraph

Dominant Social Theme: Markets could crash soon. Or maybe not.

Free-Market Analysis: Elite memes have two sides and we can see this when it comes to the stock market.

On the one hand, there are plenty of articles in the mainstream media indicating that the current "rally" could go on indefinitely.

And then there are articles like this that provide the other side of the argument and show us in no uncertain terms why the market is doomed to collapse relatively soon.

The first reason to worry is the curiously juxtaposed state of asset prices, with generally buoyant equities but falling sovereign bond yields and commodity prices. They cannot both be right. High equity prices are – or at least, should be – indicative of investor confidence and optimism. Low bond yields and falling commodity prices point to the very reverse; they are basically a sign of emerging deflationary pressures and a slowing economy. If demand was really about to roar away, both would be rising along with equities, not falling. The markets have become a kind of push-me-pull-you construct. They look both ways at the same time.

… The much trumpeted commodities super-cycle has taken a giant lurch down, leaving hundreds of billions of dollars in debt, extravagantly plunged into new reserves during the boom, stranded by the receding tide.

… The second reason for caution is our old friend Europe, the problem economy that refuses to go away. The collapse in the oil price should be a boon, and indeed would be were it not for the fact that it gives the European Central Bank yet another excuse for doing nothing. Logically, it should be the other way around. On the way up, rising oil prices were treated as an inflationary influence that required the therapy of higher interest rates.

… Political uncertainties provide a third cause for anxiety. The rise of populist parties such as the Front National in France, Podemos in Spain, Ukip in England and the Scottish National Party north of the border has upset the established political order of things. In such circumstances, stable, pro-business economic policies become hard to impossible to sustain. Things fall apart, the centre cannot hold and mere anarchy is loosed upon the world.

The fourth reason to worry is that an increasingly turbulent international situation, made worse in some of the world's major flashpoints by declining oil prices, greatly enhances the chances of unanticipated shocks. Such risks are, of course, always with us, but are greater today than markets like to believe.

Finally, overarching all these concerns, is the biggest of the lot – that few of the underlying problems highlighted by the financial crisis have yet been convincingly addressed. If anything, they've got even worse. Since 2007, the ratio of non-financial sector debt to GDP among G20 countries has risen by more than a fifth. This has helped prop up demand, but it has led to new financial booms which mask fundamental weaknesses and loss of productive potential in many advanced economies.

Okay, let's summarize these. There are contradictions between the pricing of stocks, bonds and commodities and some of these prices must provide us with more accurate indications than others. It's the article's idea that equities are less accurately priced than plunging commodity prices in particular.

The second reason to anticipate a stock crash is that Europe is not in a recovery phase – and this bodes ill for the world's larger economy and also its stock markets. The third reason has to do with political uncertainties, especially in Europe. And the fourth reason has to do with the potential for Black Swan events, including additional military action around the world and especially in the Middle East.

Finally, building on Europe's problems is the perception of the article that none of the problems that contributed to the 2008 financial crisis have been meaningfully addressed. In fact, what recovery there has been has been generated by money printing that has swelled industrial debt relative to financial sector debt.

These perspectives certainly bring up a larger question, which is how much control monetary and governmental elites have over the performance of markets.

We've seen indications that metals markets are highly controlled. And in fact, there's no question that policies are in place around the world to boost markets and economies via central bank money printing.

These policies have been, in the US, aided and abetted by various regulatory decisions that have made investing and IPO advertising a good deal easier. And there are admitted policies in place that allow central banks and other governmental authorities to buy securities directly or indirectly to help stabilize markets.

It cannot go on indefinitely, of course. And if monetary volumes continue to sink around the world, that's probably providing us with a flashing near-term alarm. On the other hand, the current oil market dip may be an artificial one, aimed at further destabilizing the Russian economy.

What is certainly true is that the equity boom in the US and overseas has been going on a very long time already, perhaps five years. Thus the question remains: How long can macro stimulation boost equity markets? Another month … another year … two years?

This is the big question, one that every investor who wants to play in these markets needs to ask himself.

Our answer has always been that you may want to take advantage of this Wall Street Party in the near term if you are judiciously hedged and properly allocated.

It could indeed go on for a while yet and reap tremendous rewards for some. It will also collapse at some point, and generate enormous pain for others …

We're not convinced by most of the arguments in this article. The only one that seems imminently (fundamentally) credible has to do with monetary volume, which to some degree involves monetary velocity as well.

Modern Austrian theory is suspicious of monetary velocity as a bellwether for several reasons, but if commodity prices and bond yields continue to sink, that's probably not a good sign. On the other hand, we are of the firm belief that there are significant forces dedicated to keeping markets aloft a while longer.

This provides us with a classic VESTS conundrum: Is the pressure of an aging market weightier than the elite's will to maintain its buoyancy?

The answer, as unsatisfactory as it might be, is yes in the short term and no in the long term. But then, one must consider how long the long term really is …