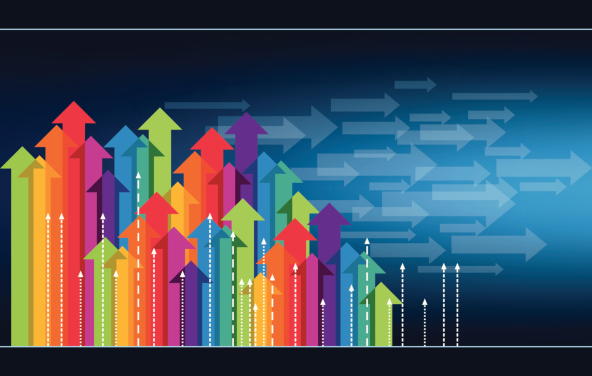 The problems of HFT … Never mind Michael Lewis. The most interesting and provocative thing to be written of late about financial innovation in general, and high-frequency trading in particular, comes from Joe Stiglitz. The Nobel prize-winning economist delivered a wonderful and fascinating speech at the Atlanta Fed's 2014 Financial Markets Conference today; here's a shorter version of what Stiglitz is saying. Markets can be — and usually are — too active, and too volatile. This is an idea which goes back to Keynes, if not earlier. – Reuters

Free-Market Analysis: We'd like to know how the winner of an economic "Nobel" – the erudite Joe Stiglitz – believes that markets can fail and that regulation can succeed.

Really, this is one of the sharpest minds in the business. Regulations usually have unintended consequences because it is impossible to tell in advance what the result of a regulation – basically a price fix imposed by force – will be.

Stiglitz says … HFT is a negative-sum game. In the algobot vs algobot world of HFT, the game is to capture profits which would otherwise have gone to someone else.

Michael Lewis's complaint is that if there weren't any algobots at all, then those profits would have gone to real-money investors, rather than high-frequency traders, and that the algorithms are taking advantage of unfair levels of market access to rip off the rest of the participants in the stock market.

HFT does not improve price discovery. Price discovery is the idea that markets create value by putting a price on certain assets. When a company's securities rise in price, that company finds it easier to raise funds at cheaper rates. That way, capital flows to the places where it can be put to best use. Without the price-discovery mechanism of markets, society would waste more money than it does.

Markets reward people who find out information about the real economy. Armed with that information, they can buy certain securities, sell other securities, and make money.

But if robots are front-running the people with the information, says Stiglitz, then the robots "can be thought of as stealing the information rents that otherwise would have gone to those who had invested in information" — with the result that "the market will become less informative".

As finance has taken over a greater and greater share of the economy, growth rates have slowed, volatility has risen, we've had a massive global financial crisis, and far too much talented human capital has found itself sucked into the financial sector rather than the real economy.

Insofar as people are making massive amounts of money through short-term trading, or avoiding losses attributable to short-term volatility, those people are not making money by creating long-term value. And, says Stiglitz, "successful growth has to be based on long term investments".

There is so much in the above that is logically flawed that it is difficult to know where to start.

We are to believe that HFT trading distorts price discovery and it increases markets' "uselessness." HFT therefore increases market volatility and reduce the ability of people to create long-term value.

From our point of view, printing too much money distorts price discovery because too much money – too-low interest rates certainly – tends to bid up companies that otherwise would languish.

When markets rise and fall dramatically because of central bank money flows, then people are often driven out of the market because the price swings are psychologically or materially intolerable.

So where are the articles complaining about the distortive impact of monetization? It is especially discouraging to see someone as intelligent and savvy as Michael Lewis writing this sort of analysis.

Lewis is a witty, perceptive market observer. But he has fallen into line. He is now getting paid to write articles that criticize the private sector without providing a frame of reference that explains how the system evolved to this point.

This is the difference between reporting and educating. Of course, if Lewis began to write about how the system got to where it is, such observations as those he is making about HFT would seem fairly uninteresting. Lewis is sacrificing his seriousness as credible observer by complaining about this particular issue.

The Reuters article plunges on nonetheless. "So let's do something about it," the editorial concludes. A ban is not in order but various sorts of government force should be employed to "discourage" HFT.

The tax system can help: a small tax on transactions, or on orders, would reduce HFT sharply. "A plausible case can be made for tapping the brakes," concludes Stiglitz. "Less active markets can not only be safer markets, they can better serve the societal functions that they are intended to serve."

Incredible. The power elite behind our current "market system" has been trying to figure out ways to implement a transaction tax for about 25 years. Suddenly, Reuters is suggesting that a "small tax" might address the issue of HFT and thus bring markets around to sensible price discovery and long-term value once more.

It smacks of exploitation. In fact, the whole debate over HFT is ridiculous given how artificial modern markets are, how many regulations they have and how manipulated they've become.

What about the US government's plunge protection team? Isn't that distortive? Or gold and silver manipulation? Or the thousands of market regulations that prevent investors, especially professional investors, from implementing investment strategies as they choose?

Equity markets are immensely manipulated, not by professional traders but by government regulators. For the most part, these markets are positioned for appreciation, which is one reason why High Alert pays so much attention to the intentions of the power elite that uses regulation for its own benefit.

If you find a dominant social theme focusing on investing – and the marijuana meme is one such – then it certainly behooves you to take a second look.

Elite themes often founder and fail in the 21st century, but those behind them are willing to put enormous amounts of money to work to realize their goals. To claim, as Stiglitz does, that a transaction tax will somehow make markets "useful again" is more manipulative than the actions he is criticizing.

The power elite likes its manipulations to run below the proverbial radar. And they don't like manipulations that they themselves are NOT responsible for. The crime of HTF manipulation – what there is of it – is that it is freelance manipulation performed by boutique firms in an uncoordinated manner.

It is a spontaneous market evolution apparently and must thus be rationalized and controlled. A percentage will eventually be siphoned off – tithed – and those involved will be made aware of where the real power lies.