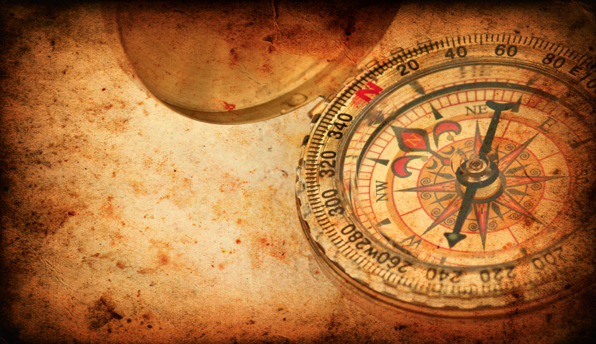 Norway's $880 Billion Wealth Fund to Target Frontier Markets … Norway's $880 billion wealth fund, the world's largest, will broaden its scope of investments to target "frontier markets" and add more currencies to generate higher returns. The fund will broaden its "exposure to different sources of return and seek to exploit time-varying investment opportunities," Norges Bank Investment Management, which manages the fund, said in a strategy report published on its website. NBIM expects to invest 1 percent of the fund in private real estate in each of next 3 years, it said. – Bloomberg

Dominant Social Themes: Frontier markets are the Next Big Thing. Get in now.

Free-Market Analysis: Frontier markets are certainly "big," as in the next big hustle. Here at High Alert we've made the point continuously about the Wall Street Party – a regulatory and monetary phenomenon that we believe may move the Dow to 20,000 or more before it's over.

We tend to believe that if markets continue to rise, there will eventually come a massive crash, a shock of the highest order that globalists will utilize to try to create a more internationalist financial system, including possibly a worldwide central bank, a global currency and comprehensive regulatory structure.

The fundamentals of this sort of enterprise are being laid. First came the "BRICS," an agglomeration of five mid-level economies that achieved recognition based on this acronym developed at Goldman Sachs. Once these countries were developed as a single concept, they were easier to "mainstream" as an investment trend.

Singly, no one might wish to invest in South Africa, or India, or Brazil, or even China or Russia. But together, the five countries were gradually able to assemble an impressive narrative that led to enormous investments. The idea, obviously, is that so-called frontier markets will generate a similar evolution.

Here's the definition of frontier markets per Wikipedia:

Frontier Markets have lower market capitalization and liquidity than the more developed, "traditional" emerging markets. The frontier equity markets are typically pursued by investors seeking high, long term returns and low correlations with other markets … The implication of a country being labeled as Frontier is that, over time, the market will become more liquid and exhibit similar risk and return characteristics as the larger, more liquid developed emerging markets.

It all sounds very neat, even clinical, when described this way. Invest in frontier markets – especially in Africa and Asia – and over time you will be rewarded with escalating long-term returns.

This is a story that security markets are good at telling. Create a marketing theme from disparate regions, highlight the similarities, create an index and promote human enterprise as an investment opportunity.

Here's more from the article quoted at the beginning of this analysis:

"New frontier markets will be added to our equity investments, and the scope of our fixed-income investments will be widened to include additional currencies," NBIM said in the report, which outlines its strategy through 2016.

The fund, which owns 1.3 percent of the world's equities, has delivered less than 4 percent on average since it started investing in the late 1990s. Norges Bank Governor Oeystein Olsen, who oversees the fund, has said it must take on more risk to increase returns. In addition to infrastructure and private equity investments, he advocates increasing stock holdings to 70 percent from the current 60 percent.

The fund will also increase the number of employees to about 600 from 370 now, mostly outside Norway, including 200 to help it grow its real estate investments.

The fund is allowed to hold 35 percent in bonds and 5 percent in real estate. Since being freed to expand into the property market in 2011, the asset class makes up just 1 percent of its total portfolio.

We've pointed out that frontier marketing involves the meme of what we call Africa Rising. Like China and Japan before it, those involved in the propagation of these memes have in mind harnessing the power of central banking to buy sovereign Western – especially US – debt. The idea apparently is that a pan-African central bank will buy US Treasuries and the US in turn will recycle those funds to consumers who will in aggregate purchase an ever-increasing amount of African consumer goods.

One day, perhaps, "made in Africa" will be as ubiquitous as "made in China" or "made in Japan." Of course, there are many who are skeptical of this growing meme. Africa is not China or Japan, they say, and the levels of corruption and incompetence are a good deal greater in Africa than elsewhere.

In fact, given Africa's size and the opaqueness of its markets, one has to grant the possibility that unlike China and Japan, the "Africa rising" narrative will prove a good deal more difficult to implement. Just as Bloomberg was reporting on NBIM's determination to "take more risk" in emerging markets, Bloomberg was also reporting the following:

… Balboa's fund was liquidated by London-based Millennium amid the financial crisis. His portfolio had almost $1 billion in losses, the U.S. Securities and Exchange Commission said in a lawsuit against him. Jurors convicted Balboa after a second trial in December of five counts including securities fraud and wire fraud, after the jury at his first trial was unable to reach a verdict.

Balboa, a London-based investment manager, was convicted of providing fake valuations to inflate month-end market prices on Nigerian warrants. The scheme generated millions of dollars in management and performance fees for which he earned as much as $6.5 million, prosecutors said.

Whatever Balboa did or didn't do with his fund, the larger points remains valid: Africa's markets and its investments generally are similar to Western ones in name only. The nomenclature and infrastructure is indeed being constructed in Africa – and in Asia, too – but the reality is likely a good deal less persuasive than the presentation.

There is no doubt that stock markets are being pushed higher using a combination of lax regulation and aggressive monetary stimulation. This may have the effect of stimulating the valuations of many investment opportunities.

But in the larger scheme of things, "frontier investing" is obviously being positioned as a promotional leader within the current panoply of stimuli. The proximate cause of this bait-and-switch may be the foundering of the so-called China Miracle, one that was also mostly a monetary charade.

In the case of China, monetary stimulation has so overwhelmed that country's economy that whole empty cities are being constructed to mop up excess cash reserves. Eventually it will dawn on the Chinese that much of their newfound "wealth" is the product of monetary stimulation rather than legitimately valued assets. There is a limit, after all, to how many cities, malls and skyscrapers even a vast country like China can absorb.

The Great Recession that started in 2008 decimated China's overseas markets and generated a new strategy from ChiCom rulers: Chinese citizens were commanded to consume more, the idea being that China's billions would begin to substitute their own consumer demand for that of the West.

It is questionable how successful this transition will be, given that only a generation ago, China's masses were still anti-consumerist and not far removed from the Great Leap Forward of the 20th century that starved tens of millions.

Of course, the Chinese Miracle has been positioned as one of the wonders of capitalism, though capitalism in this case is based on the judicial fiat of corporatism and the monetary fiat of central banking. These are building blocks of the current economic system and both are implemented via the force of the state. There is little that is "voluntary" or "free" when it comes to the modern, global economy, though you will never find such sentiments expressed in the mainstream. And now it is Africa's turn.

The same charade will doubtless play itself out, with less or more efficacy. But when it comes to the Africa Rising meme and frontier markets generally, we would tend to believe that there will inevitably be complicating factors, most significantly the eventual and perhaps profound subsidence of current market valuations. It may indeed sink China's economy and will certainly slow Africa's ascension.

NBIM may be counting on "frontier investing" to expand its bottom line. But its investment managers better be bracing for dramatic shifts in the investment climate over the longer term. They ought to realize as well that Africa and Asia are not China and Japan. The cohesiveness of the culture and the discipline of the labor pool in these latter countries are qualitatively different. And in the case of Africa, there is a good deal of central banking and industrial consolidation that must take place … enough to call into question the entire meme.

One of the constants of the new "frontier Investing" will be volatility. It may not sink the sector, but it will certainly make it a difficult proposition.