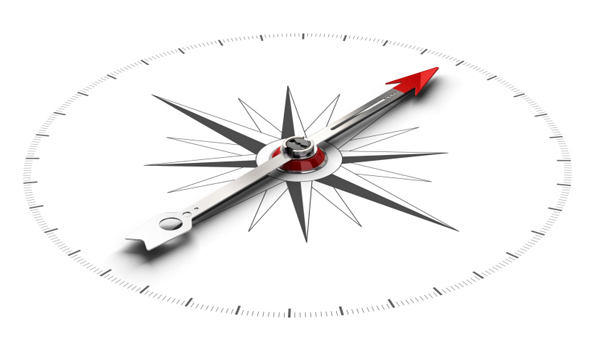 Federal Reserve Officials Are Trying to Disarm the $2.58 Trillion Bomb They Built … It will be six years in October 2014 that Federal Reserve officials started building the monetary bomb. Now that the bomb has reached $2.58 trillion, some reporters and broadcasters have found a problem. Fed officials are now talking about plans to dismantle the bomb with no troublesome side effects. Some of their announced plans are ineffectual, harmful and ridiculous. – Huffington Post

Free-Market Analysis: We believe equity marts are headed higher still. But we are not so certain about the direction of the larger economy, either in the US or overseas.

However, this article, excerpted above, seems to take it as a given that the US economy is headed up.

In the longer term, we tend to agree with the article's assumption: The money printing that has taken place throughout the world and especially by the Federal Reserve will eventually fuel the inflationary fire. The massive amount of capital "sitting on the sidelines" may indeed be leveraged to boost lending.

On the other hand, as free-market economics explains, it is demand that is the critical factor. True the Fed has been paying interest on bank reserves. Many have interpreted this as a way to ensure that not too much money spills into the system at once … not from reserves themselves, but via more aggressive loan policies.

But again, this depends on the consumer, not necessarily on the bank. If the consumer doesn't borrow, the bank won't lend.

It would seem that Fed officials are foreseeing a near-term economic accession that will stimulate consumer demand. This Huffington Post article, excerpted above, takes this as a given.

One month after the economic collapse that spread around the world and triggered massive unemployment in the United States, Fed officials began building the "bomb" in October 2008. They decided to pay interest on private bank reserves including excess reserves that banks were not required to hold.

The banks were happy to receive one-fourth of one percent interest risk-free on idle excess reserves. William T. Gavin, an economist at the St. Louis Federal Reserve, wrote in its March/April 2009 Fed publication: "first, for the individual bank, the risk-free rate of ¼ percent must be the bank's perception of its best investment opportunity."

Paying banks to hold excess reserves instead of using the money to make loans to businesses and consumers increased unemployment. Eighty-three percent of the $3.1 trillion currency and bank reserves that the Fed pumped into the economy since August 2008 sat idle in excess reserves of banks in April 2014.

The banks held only $1.648 billion in excess reserves in August 2008. By April 2014 excess reserves had grown by $2.58 trillion. The descriptions of the goodness of quantitative easing on financial television programs and the press reached metaphor heaven, leaving aside Fed officials' actions building a bigger bomb. Much of the news media that had followed the Fed's assertion about reducing unemployment changed when the Fed reduced the amount of money it pumped into the private sector.

Although the Fed gave the reduction a pleasant name, "taper," there was acrimony and recently press criticism of the size of excess bank reserves.

We can see in this excerpt the assumption is that consumers will soon want to borrow heavily. If so, Janet Yellen may find herself mightily tested at the Federal Reserve. We've called her a "sacrificial lamb" for this reason.

But an alternative scenario is that the economy doesn't overheat, or only overheats in patches. The way money flows work in the modern economy, currency tends to move from commercial banks into the hands of corporations and the very wealthy, and much of these funds may end up in equity or debt instruments. This is one reason that the stock market continues to rise even though the underlying US economy is generally lousy.

If the economy continues to stagnate or even contract, Yellen will find herself tested in a different way. The pressure would surely commence for Yellen to find more innovative methodologies of economic stimulation.

Yellen herself seems to be discounting this latter scenario. She is fueling a "recovery scenario" with remarks about deleveraging QE, which might be accompanied by higher-interest rates. The article, too, as noted, sees monetary expansion as the looming threat.

One way the article suggests to pare back monetary inflation is to increase Fed payments on "excess reserves" to three percent or more. Another way is to use reverse repurchase agreements (reverse repos). A third way to reduce monetary expansion is simply to raise interest rates, as Paul Volcker did in 1979.

Then the article has another suggestion:

The interest the Federal Reserve pays to banks on excess reserves should be reduced to zero. The Fed must then start selling the securities it has bought from the public before the $2.58 trillion bomb explodes with trillions of dollars flowing into the non-bank private sector.

This is an interesting idea but it presupposes that the US economy is accelerating. A real pickup in the economy will surely bring price inflation into play, as the article points out. But what if there is NO real recovery in the foreseeable future?

Either scenario is fraught. And yet … within this context, equity marts will probably continue to rise, as we have predicted via our "Wall Street Party" meme. The Fed may not be able to revitalize the economy, but it can probably orchestrate a continued rise in stocks that may eventually stimulate high-end real estate and then "trickle down" into the larger economy.

Where US and European economies head from here is yet uncertain. The direction of investment marts (despite doomsayers) seems a good deal clearer, at least in the short term.