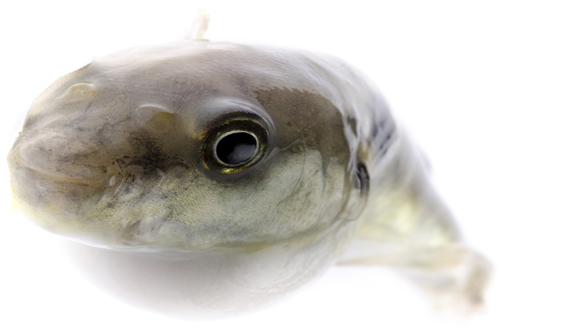 The first world war… Look back with angst … Thanks to its military, economic and soft power, America is still indispensable, particularly in dealing with threats like climate change and terror, which cross borders. But unless America behaves as a leader and the guarantor of the world order, it will be inviting regional powers to test their strength by bullying neighbouring countries. The chances are that none of the world's present dangers will lead to anything that compares to the horrors of 1914. Madness, whether motivated by race, religion or tribe, usually gives ground to rational self-interest. But when it triumphs, it leads to carnage, so to assume that reason will prevail is to be culpably complacent. That is the lesson of a century ago. – Economist Magazine

Free-Market Analysis: You can't make this stuff up. The top men in the globalist community have been hard at work building wars and potential wars, and now it's time to let 'er rip.

This is one dominant social theme we saw coming miles away. We've been writing about its imminence for years, and predicting war and more war as internationalists try to blunt the effect of the Internet Reformation.

After the Gutenberg press blew up the Middle Ages and the Roman Catholic Church besides, the globalists of the era used economic chaos, war and the invention of copyright to fight back. We predicted they would use the same tools this time around and have no reason to revise our predictions thus far.

The only thing we've consistently pointed out that has not yet been addressed is the inability of the top men to launch a full-out world war because that would involve nuclear weapons. And lacking a full-out war, we have questioned how successful the strategy can be.

Obviously, the top elites see something we don't. Or perhaps they are willing to risk an all-out war anyway – as they retreat into reported fully-stocked, underground "cities." Here's more from the article:

A century on, there are uncomfortable parallels with the era that led to the outbreak of the first world war Dec 21st 2013 … Globalisation and new technology—the telephone, the steamship, the train—had knitted the world together. John Maynard Keynes has a wonderful image of a Londoner of the time, "sipping his morning tea in bed" and ordering "the various products of the whole earth" to his door, much as he might today from Amazon—and regarding this state of affairs as "normal, certain and permanent, except in the direction of further improvement".

The Londoner might well have had by his bedside table a copy of Norman Angell's "The Great Illusion", which laid out the argument that Europe's economies were so integrated that war was futile. Yet within a year, the world was embroiled in a most horrific war. It cost 9m lives—and many times that number if you take in the various geopolitical tragedies it left in its wake, from the creation of Soviet Russia to the too-casual redrawing of Middle Eastern borders and the rise of Hitler.

From being a friend of freedom, technology became an agent of brutality, slaughtering and enslaving people on a terrifying scale. Barriers shot up around the world, especially during the Great Depression of the 1930s. The globalisation that Keynes's Londoner enjoyed only really began again in 1945—or, some would argue, in the 1990s, when eastern Europe was set free and Deng Xiaoping's reforms began bearing fruit in China. In this section

The driving force behind the catastrophe that befell the world a century ago was Germany, which was looking for an excuse for a war that would allow it to dominate Europe. Yet complacency was also to blame. Too many people, in London, Paris and elsewhere, believed that because Britain and Germany were each other's biggest trading partners after America and there was therefore no economic logic behind the conflict, war would not happen.

As Keynes put it, "The projects and politics of militarism and imperialism, of racial and cultural rivalries, of monopolies, restrictions and exclusion, which were to play the serpent to this paradise, were little more than the amusements of [the Londoner's]…daily newspaper."

Humanity can learn from its mistakes, as shown by the response to the economic crisis, which was shaped by a determination to avoid the mistakes that led to the Depression. The memory of the horrors unleashed a century ago makes leaders less likely to stumble into war today. So does the explosive power of a modern conflagration: the threat of a nuclear holocaust is a powerful brake on the reckless escalation that dispatched a generation of young men into the trenches.

… Two precautions would help prevent any of these flashpoints sparking a conflagration. One is a system for minimising the threat from potential dangers. Nobody is quite clear what will happen when North Korea implodes, but America and China need to plan ahead if they are to safeguard its nuclear programme without antagonising each other.

… The second precaution that would make the world safer is a more active American foreign policy. Despite forging an interim nuclear agreement with Iran, Barack Obama has pulled back in the Middle East—witness his unwillingness to use force in Syria. He has also done little to bring the new emerging giants—India, Indonesia, Brazil and, above all, China—into the global system. This betrays both a lack of ambition and an ignorance of history.

We've quoted a lot from the article but we'd like to quote even more. The Economist and Reuters are the flagships of globalist promotional reshaping and this article outdoes itself.

These are just some of the points that come to mind when surveying the carnage of the 20th century and its "world wars." It has been said that all wars are bankers' wars, at least in the modern age, and there is enough evidence of banking complicity to fuel considerable suspicions about how these terrible wars began and were prosecuted.

When it comes to the current era, the tensions that The Economist warns us of are evidently and obviously manufactured in much the same way as the Great Wars of the 20th century.

Whether one examines the CIA sponsored wars of "color revolutions" in the Middle East and Northern Africa or the calculated advance of tensions in Asia, the conclusion must be that, as before, hostilities are being manufactured. Nothing is inevitable about these quarrels. The exercise seems cynical.

Read The Economist article in light of the calculated hostilities that occurred in the 20th century – obviously to build globalism – and one immediately realizes the entire exercise is likely being manufactured again.

The Economist does us the favor of presenting the modern military meme. But knowing what we know about modern war and peace, it is difficult to come to any other conclusion but that top men of the West are contemplating the same sort of militaristic chaos in the 21st century that they planned and evidently carried out in the 20th.

What is this Economist article then? It is certainly full of lies, presenting manufactured wars as if they are inevitable. But is it also the first shot of a new and more fervent military meme? Or is it a kind of trial balloon?