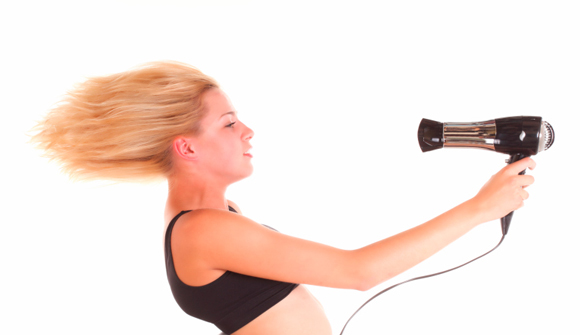 EU to ban high-energy hair dryers, smartphones and kettles … European Union to ban dozens of high-wattage household electrical appliances in follow-up to controversial ban on powerful vacuum cleaners. A European Commission study, that is still being completed, has identified up to 30 electrical appliances to be covered by the EU's Ecodesign directive outlawing high-wattage devices including electric kettles, hair dryers, wifi routers and smartphones. The European Union is considering pulling the plug on high-wattage hair dryers, lawn mowers and electric kettles in a follow up to its controversial ban on powerful vacuum cleaners. – UK Telegraph

Free-Market Analysis: Even though half of Europe seems to be standing in breadlines, Eurocrats have other concerns. They keep pounding out unnecessary laws.

The amount of regulation produced by Brussels is staggering but now the absurdity is ascending into the stratosphere as the EU bans high-powered domestic items such as hairdryers and smartphones.

This comes after an about-to-be-implemented ban on powerful vacuum cleaners that is already being challenged by one large company but which comes into force in September, nonetheless.

The power of hairdryers could be reduced by as much as 30 per cent in order to be more eco-friendly, a draft study commissioned by Brussels suggests, threatening many of the models favoured by hairdressers and consumers for speedy blow-dries.

New proposals are expected next spring to outlaw dozens of household electrical devices that European EU to ban high-energy hair dryers, smartphones and kettles officials regard as using too much electricity, as part of plans to meet EU targets on energy efficiency.

Current EU legislation covers televisions, washing machines, refrigerators and vacuum cleaners but not most smaller electrical appliances. A study ordered by the European Commission, currently in draft form, has identified up to 30 electrical appliances including lawn mowers, smart phones and kettles that could be covered by the EU's Ecodesign directive outlawing high-wattage devices.

Günther Oettinger, the German EU energy commissioner, said that legislation preventing consumers from buying high-wattage appliances was necessary to fight climate change. "We haven't got round to these devices yet, we want curb power consumption," he told Bild newspaper.

"All EU countries agree that energy efficiency is the most effective method to reduce energy consumption and dependence on imports and to improve the climate. Therefore there needs to be mandatory consumption limits for small electrical appliances."

The proposals will be a controversial flagship policy for Jean-Claude Juncker when he takes power as commission president in November in order to meet a binding target for energy savings of 30 per cent across the EU by 2030. EU bans on powerful vacuum cleaners and incandescent light bulbs have provoked a popular backlash across Europe including in traditionally pro-European countries such as Germany.

Put this one in the "good news, bad news" file. It's nice to read that Europeans are finally fighting back; but the arrogance of Brussels has surely spiraled out of control. The idea that Eurocrats are imposing energy limits to "improve the climate" is ludicrous.

Climate exists. It is. It cannot be improved upon. The phrase is really shorthand for, "We need to reduce energy consumption in order to produce less carbon dioxide which is causing global warming."

The only trouble is that there doesn't appear to be any global warming. It's been on a hiatus for at least 15 years despite some scientific claims that "warmth" has sought refuge in deep-sea sinks.

Europe, in fact, is simply addicted to regulation. About a year ago, the socialist UK Guardian – surely sympathetic to policies of government control – posted an article entitled, "3,600 new laws in three years as EU strangles UK firms."

Since the 2010 general election Brussels has handed down almost 3,600 pieces of new regulation and directives affecting British businesses … UK firms are being 'strangled' by the European Union's 'addiction' to red tape, Business for Britain has claimed.

Business for Britain said the avalanche of directives is strangling UK firms and making it harder to compete with corporations in the US and in emerging markets in the Far East and South America.

… Matthew Elliott, chief executive of Business for Britain, said: 'The EU has an addiction to red tape that desperately needs to be tackled. 'The forthcoming renegotiation with Brussels must focus on overhauling its approach to regulation, for the good of jobs and growth in Britain.'

… It would take a businessman, working an average eight hours a day and reading at an average speed of 300 words a minute, 92 days to read all the 13,321,530 words in all the business-related EU red tape enacted since the current government came to power.

This equates to around a month's worth of reading every year to keep on top of new regulations.

The article goes on to mention that "inventor Sir James Dyson was forced to lodge a legal challenge to new EU labeling regulations for vacuum cleaners." But this doesn't seem to have helped much, as it is also reported (about a year later) that, "many of the best vacuum cleaners available for sale in the UK will be banned [on Monday]."

Dyson's challenge to the rules, filed almost a year ago, isn't expected to be resolved until December 2015, a year from now! Interestingly, James Dyson's company won't be much affected by the rules, but he thinks they're a bad idea generally. In fact, many EU rules and regulations seem to be a bad idea at this point. Last year's Daily Mail article catalogues a number of the most recent at the time of its reporting:

•Measures to ban the Union Jack from packs of meat, enforce quotas in boardrooms and prohibit refillable olive oil jugs in restaurants.

•Regulations on anchovy fishing in the Bay of Biscay, the labeling of spirits and the use of rosemary extracts in certain low-fat meat and fish products."

•Authorisation of ammonium chloride as a feed additive for ruminants, cats and dogs, and the use of certain additives in seaweed-based fish roe substitutes.

Polls consistently show that a majority in Britain want to quit the EU. What's not quite so well reported is that vast numbers throughout Europe would also like to walk away from the EU. France and Ireland are two countries that come to mind – as both countries' voters voted against significant EU legislation in the recent past.

Perhaps a February 2014 article in the UK Commentator sums it up best, as follows:

… The German Chancellor told Prime Minister Cameron that she couldn't deliver sufficient reforms to the European project for him to go to the British people in a referendum and say he had answered the people's concerns, and they should therefore vote to stay in:

"Some expect my speech to pave the way for a fundamental reform of the European architecture which will satisfy all kinds of alleged or actual British wishes. I am afraid they are in for a disappointment," she admitted.

Actually, she's wrong that those of us who, at a minimum, want fundamental and radical reform ended up disappointed. To be disappointed you have to be expecting something in the first place. Anyone who truly understands the modern-day European Union knows that it is run by a combination of ideological fanatics and the grossest kind of self-interested careerists.

They ain't giving up anything, to anyone.

But here's the catch, the thing that everyone in the British and European commentariat misses about the EU and Britain: the EU is absolutely petrified at the thought Britain may leave.

The article points out why EU leaders are panicked at the idea of Britain leaving the EU and asserts confidently that "If Britain leaves the EU, the whole thing will unravel, and they know it."

•Let's start with what Germany stands to lose if Britain leaves. Cash. Lots of it. Britain is a huge net contributor. Germany is the biggest net contributor and there is already plenty of disquiet there that lazy non-Germans are squandering the German worker's hard earned money. If Britain leaves, who do you think is going to be asked to make up all the slack? France? Italy? Spain? Are you kidding?

•Next up foreign and security policy. How is the EU going to look, say, to Vladimir Putin without its best and most powerful military? Britain is also, still, the most diplomatically influential nation in the bloc. They'd lose that too.

•London. The most international city in Europe, the biggest financial centre, home to vast numbers of European citizens. Oh, so all the banks, all the French and Poles, all the wealthy Russians, Chinese, Arabs, and Americans, they're all going to sell up and go and live in Luxembourg if Britain leaves the EU? Yeah, right.

•But what about Britain's access to the single market? You mean the single market that is rapidly declining as a share of global output as it is, and would lose the world's fifth or sixth (depending on definitions) largest economy if Britain left?

The article concludes as follows: "Since, because of who they are, they cannot make the necessary concessions to keep Britain in, they are forcing us out of the EU, and themselves out of business."

This is exactly right.

The dynamic at work in the EU is not one that can be halted. The rampant cronyism, destructive regulatory surge, economic dysfunction and industrial rot will only continue and expand. It is entrenched in the guts of the bureaucracy and embedded in the DNA of this entire surreptitious and misguided venture.

Eurocrats are now at a point where they are regulating how much power can be used by domestic appliances.

Lord knows where Brussels goes from here. But not to a good place.

The EU is eating itself. Soon there will be nothing left – neither money nor moral justification.