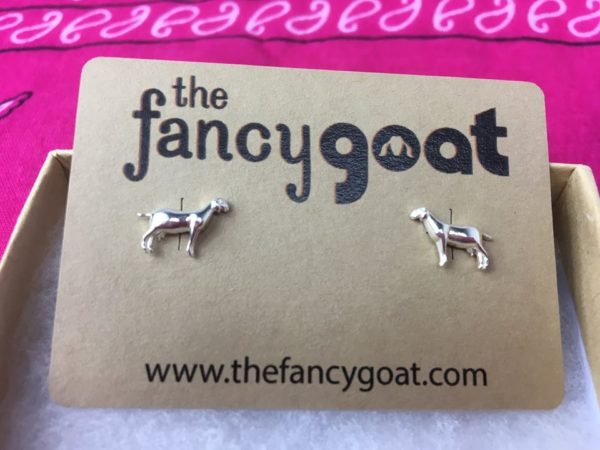 I’m sorry for cursing, but I have to be frank. Most people just don’t do the required work to get what they want. They may work hard in other areas, usually to someone else’s benefit. But the timing just never seems right to do the work to make the changes they want in their own lives.

It is a philosophy of vision, motivation, and execution. And it is the story that inspired our free guide, Your Two Year Plan for Freedom. And in this case, it’s manifested in The Fancy Goat.

The Tale of The Fancy Goat

I have mentioned in previous articles that I live and work on a mini-farm in Florida. This is a crucial step in my quest for individual freedom. I get to pay my rent in labor, work outside, grow vegetables, and tend to farm animals. It is not something I grew up with, it is something I am learning as I go. It has been over two years since making the move from Massachusetts. I have never been happier.

I may not have mentioned that my sister Steph and her husband Matt own the mini-farm.

Their story is a shining example making a plan, sticking to it, and achieving your goals.

Freedom to them meant getting out of Massachusetts because of the crowds, the cold, and the politics. The desired destination was a place with land, warmth, and an easy job transfer for Matt.

They had the fortitude to look two years into the future, past two dark, dreary, cold, miserable winters of work and weariness to a vision of a better life. It is daunting. It is fun to dream, but not so fun to realize a period of suffering will have to endure before you can achieve. Most people give up, or never even get started seriously considering following their vision.

Later I found out that Steph and Matt had the feeling I was the only one who truly believed them when they said they were moving. I consider myself an early “investor” in their plan, in that I supported, encouraged, and believed that they would make it happen.  I shared their vision, but at the time I did not share the fortitude to actually make it happen. Luckily, my commitment paid off, and I was invited into the plan as a laborer, or as they like to say, the slave.

Two years later, Steph had sold her house for a nice profit after she and Matt poured countless hours into repairing, renovating, and remodeling. Matt was given the transfer at his 9th out of 10th choice, on the Florida panhandle. Looking back, we are all happy it went the way it did. We love this area. Nowhere else can you live so rural, while being so close to some of Florida’s best beaches.

They were able to buy a house without being burdened by a mortgage because of their careful planning, hard work, and strict budgeting. This was a key aspect of freedom: escaping the rat race. Matt kept his job and formed a new two-year plan to become self-employed.

Steph and I would focus on the mini-farm.

The Struggle is Real

Turns out growing vegetables in sand is hard. We were trying to become as self-sufficient as possible on a budget, and the first spring was disappointing. We had little experience gardening in New England, let alone farming in Florida.

They also wanted to start a hot dog cart, a business Steph and Matt had dabbled in before moving. They already had the cart. But when the costs of licensing, regulatory restrictions, and risk were factored in, they decided the potential reward was not great enough.

Steph and Matt also brew delicious hard cider. This would have been a great business to start, and they already had plenty of land and a barn. They could make a little brewery, and it would be an amazing place to spend an afternoon touring and tasting. But the government says you can’t have that type of business on your own property. (The government also teams up with distributors to place high-cost barriers to market entry.)

Fewer than two years after moving, Matt quit his job to go full time on his eBay business. He “picks” yard sales, estate sales, and thrift stores, and sells the goods on eBay. You can check out some videos here.

In addition to mini-farming, Steph has put her effort into The Fancy Goat and Mediocre Manor. They refer to their farm sometimes as Mediocre Manor because you shouldn’t wait until everything is perfect to take action. Just do something.

I didn’t know how to grow vegetables, adjust soil, build chicken coops, stretch fences, or plant a food forest before coming down here. And of course, I am still learning. But I didn’t wait for some far off vague future where maybe I would have the time to learn these skills before starting. I just did it and learned in the process.

So some of the fences aren’t perfectly straight, and it’s taken two years to get the garden soil right. That is just all the more reason to be happy we started two years ago.

The farm produces more eggs than we know what to do with. A solid percentage of in-season veggies we eat are now homegrown. Steph gets enough honey from her bees that she searches out ways to substitute it for sugar in recipes. The food forest has a base of 9 fruit and nut trees, and plenty of smaller edible groundcover. 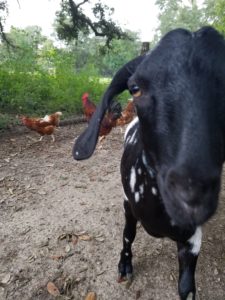 We were milking one goat for about 9 months before we dried her off. Two bucks joined the farm family to breed with the female goats.

And speaking of goats, Matt and Steph have just debuted their first product for their new brand, The Fancy Goat. Sterling Silver Nubian earrings are now available. Other products are coming. 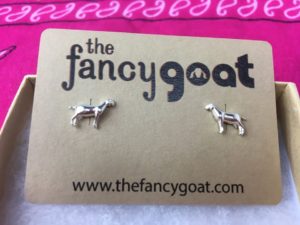 It actually doesn’t matter if The Fancy Goat succeeds or fails. The attitude, drive, and execution are what matters. Eventually, that will make you successful.

It is the same perseverance Steph and Matt used to make it through two more miserable winters before being able to move. It is the same drive that meant giving up was never even considered when the soil sucked, and the government sucked harder. It was the fortitude that allowed Matt to work full time while building a successful side business. It was the five years of corporate drudgery Steph put in to afford the property.

You can learn more about Matt and Steph’s journey in our free guide that we send to every new subscriber.

We use Steph and Matt as a prime example throughout the guide on How to Craft a Two Year Plan to Reclaim Your Freedom. It will show you how to develop and execute a specific plan to free yourself from whatever is holding you back.

For Steph and Matt, it was the cold, the crowds, corporate work, and the politics of Massachusetts. The report will help you identify your own specific freedoms to work towards.