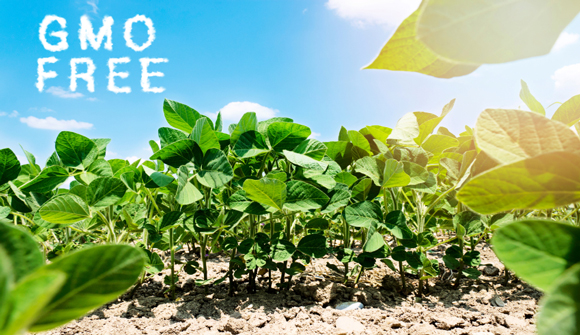 When Justin Dammann enters his southwestern Iowa cornfield this month, the 35-year-old farmer will sow something these 2,400 acres have not seen in more than a decade — plants grown without genetically modified seeds.

The corn, which will head to a processor 20 miles down the road this fall, will likely make its way into tortilla shells, corn chips and other consumable products made by companies taking advantage of growing consumer demand for food without biotech ingredients.

For Dammann and other Midwest farmers, the burgeoning interest in non-GMO foods has increased how much they get paid to grow crops in fields once populated exclusively with genetically modified corns and soybeans. The revenue hike is a welcome benefit at a time when lower commodity prices are pushing farm income down to what's expected to be the lowest level in six years.

"We never really thought we would go back to (non-GMO). But the consumer, in my opinion, has sent a clear message that a certain percentage of our customers are willing to pay more for the non-GMO lines," Dammann said. "This non-GMO thing has seemed to take hold and gain a lot of traction." – Des Moines Register, April 18, 2015

This story is a marvelous example of consumer preferences encouraging producers to change their behavior, without any government intervention. Markets work – when we let them.

Monsanto and the other genetically modified seed companies insist their products are safe. A substantial number of consumers have their doubts. The number is large enough to have enticed GMO-free food companies to step up their offerings. Alternatives are often more expensive than the GMO versions, but they're available.

Consumers in some states have tried to force labeling requirements on GMO products. As we wrote a few weeks ago, the effort is facing fierce industry and political resistance. If the trends in this article continue, it won't matter. Consumers will eventually get what they want.

Mandatory labeling would have been a blunt instrument. If it had solved the problem, there would still have been other harmful side effects. This is how government interventions usually work, however well-intentioned they are.

The market may move slowly but it is far more precise. Look what is happening. A significant number of consumers want foods made from GMO-free grains. Food companies provided them.

The article mentions some examples. General Mills will no longer use GMO cornstarch in Cheerios. Chipotle Mexican Grill wants to eliminate GMOs from all its ingredients. Whole Foods will require GMO labeling by 2018.

All this is happening without any state intervention. The businesses are responding to their customers.

With demand growing but the supply of non-GMO grains relatively tight, prices for those grains have gone up. The higher prices enticed farmers like the one quoted in the Des Moines Register. His concluding comment ought to send a chill up Monsanto spines.

"Hopefully we deliver the right product and people are passionate to buy (GMO free) — because that is the direction we are moving," he said.

Oddly, the GMO industry does not seem to be getting the market's message, still spending enormous amounts of money on campaigns to convince the public GMO crops are safe.

They are missing the point. In marketing, perception is far more important than truth. Whether the bioengineered products are safe is irrelevant. Consumers rule. If they decide they don't want your seeds in their Cheerios, it does not matter if science is on your side.

Time will tell how the battle turns out. Maybe GMO and non-GMO products can coexist peacefully and each serve their own consumers. The companies and consumers will find out quickly – if they let the market show them.