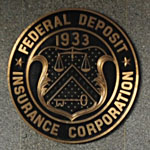 With two wars still continuing and violence in Georgia dominating the foreign policy debate; and with the financial crisis and economic insecurity for families dominating the domestic debate, US international economic policy is receiving less attention in this presidential election year than usual. The limited attention it has received has focused on concerns about specific trade agreements, not broader questions of international strategy. That is unfortunate. The next administration faces the prospect of having to make the most consequential international economic policy choices in a generation at a time when the confidence of governments in free markets is being increasingly questioned. The current distribution of regional economic power is unlike anything that was predicted even a decade ago. The rise of the developing world, its growing share in global output and far greater share of global growth, is perhaps a quantitative but not a qualitative surprise. The qualitative surprise is this: with almost all the industrial world in or near recession, much of the momentum in the global economy is coming from countries with authoritarian governments that are pursuing economic strategies directed towards wealth accumulation and building up geopolitical strength rather than improving living standards for their populations. … But the problems are much deeper than the question of who sits around the negotiating tables. For all the disagreements over the past decades, there has been a shared premise behind international economic policy discussions – the goal of increased economic integration, the spread of market institutions and more rapid growth for all nations. While companies may compete, the premise has been that nations co-operate to build a stronger economy in the interests of all. The current global policy debate is a cacophony … These problems will be with us for some time. They may not be at the top of anyone's agenda right now. But the success of the next administration could depend on its ability to engage with a wider range of global economic stakeholders, on a broader agenda, at a time when disagreements are increasing not just about means but also about ultimate ends. – Financial Times

Dominant Social Theme: The flagging success rate of international government trade talks is concerning and must be reversed.

Free-Market Analysis: This article was written by Lawrence Summers, nephew of the most famous quasi-socialist economist of the 20th century, Paul Samuelson. Literally millions of students have been exposed to Samuelson's lucid prose – alongside his lamentable approach to economics which featured a non-judgmental explication that gave communism, socialism and free-market economics equal footing. His nephew, Summers has not specialized in books that have had the breadth of readership of his famous uncle, but he has nonetheless created for himself a most remarkable career. Here's a little bit about him from Wikipedia:

Lawrence Henry "Larry" Summers (born November 30, 1954) is an American economist and academic. He is the 1993 recipient of the John Bates Clark Medal for his work in macroeconomics, was Secretary of the Treasury for the last year and a half of the Bill Clinton administration, and served as the 27th President of Harvard University from 2001 to 2006. He is the nephew of famed economists Paul Samuelson and Kenneth Arrow. … In December 1991, while at the World Bank, Summers signed a memo written by staff economist Lant Pritchett which argued among other things (according to its author; the full memo is not public) that free trade would not necessarily benefit the environment in developing countries. Pritchett also drafted what he referred to as an ironic aside to the memo which Summers also signed. The aside was leaked to the press and stated that, developed countries ought to export more pollution to developing countries because these countries would incur the lowest cost from the pollution in terms of lost wages of people made ill or killed by the pollution due to the fact that wages are so low in developing countries. The aside went on to state that "the economic logic behind dumping a load of toxic waste in the lowest wage country is impeccable and we should face up to that" Public outcry ensued when the aside was leaked.

Yes, yes, Summers has a bit of foot-in-mouth disease. What essentially got him fired from Harvard was the suggestion that women did not have the kinds of innate intellectual capabilities that allowed them to generate the same levels of scientific success as men. Whether there is any merit to this point is beside the point: He should have known better than to say it at Harvard, a seat of some of the most intelligent, forceful and doctrinaire feminists in the United States.

Summers is about as well connected as they come. That he should be writing an article mourning the failure rate of managed trade agreements, worldwide, is a sign that the monetary elites are starting to squeal – that maybe they didn't expect things to unravel so fast and so hard.

Of course, we've written many times about how the Internet is changing the relationship between those who have helped to create the current world order and those who for the most part exist within that order without a lot to say about it. In this case, it is perfectly feasible that while those who help supervise central banks expected a blow-off after such a great boom as occurred in the 2000s, the fast pace of the blow-off proved surprising.

A slightly less deep, controllable blow-off might have been anticipated. And not with a great deal of dismay. It would, as it has in the past, tend to consolidate power, expand regulatory control and generally advance the cause of those who believe that regulated, international democratic governance is preferable to the alternative. But it was not to be. The speed of the blow-off, in our opinion, was greatly facilitated by modern communications – especially the Internet. When macro-economic forces turned sour, the establishment was unable to perform effective damage control. The usual remedies that tend to slow the unraveling of the world's economy – denial, obfuscation and general rhetoric – were rendered inutile or at least less utile.

Fortunately, the darkest cloud may have a silver lining from a free-market point of view. For this reason, at least it is not unpleasant to listen to Summers whine. As an important member of Bill Clinton's political regime and then as head of the first established university in the United States (Harvard) – a university founded by the Puritans to create graduates that would advance the Puritanical idea of theocracy (governmental enforcement of private moral and religious agendas) – Summers is in our opinion no great friend of free markets. That he would go out of his way to defend international "free-trade" agreements might therefore look surprising on its face (to those who understand such biases) but in fact, it is a warning sign about these agreements and what they were really meant to accomplish.

These international free trade agreements are nothing of the sort. They are managed trade agreements that benefit certain large corporate entities at the expense of others, less magnificent private entities. Of course, they benefit large and powerful government stakeholders as well. In any event, they are instruments of policy, not instruments, necessarily of economics. Throughout the 2000s, they have to a large degree not lived up to the promises that have been made on their behalf.

The Western worker, unionized or not, has come under tremendous pressure in large part as a result of what is called "globalization." But globalization did not happen by accident. It is not a natural event, like the tide, or an earthquake. It has to be generated through a good deal of hard work and influence peddling. And it is a misnomer anyway, in that it implies, as Summers does, that free-market thinking and opportunities are spreading worldwide. In fact, globalization allows this spread in rigid ways under the supervision of a fairly few empowered individuals and entities.

Yes, through this process, technology, commercial venues and opportunities have all flowed into the developing world, but this is not an unalloyed blessing either, as Summers has discovered. The results, while commendable in terms of raising the living standards of many, are also tremendously distortive to local and even national economies of those involved.

Why do they distort? Because Western technological success and the wealth accumulated by Western societies is the product of its sociopolitcal system. It is, or was, a system that encouraged entrepreneurship, "human action." One of the things that Summers is complaining about is that much of the world's business productivity suddenly seems to be coming from states that are not very friendly to free-market concepts.

The qualitative surprise is this: with almost all the industrial world in or near recession, much of the momentum in the global economy is coming from countries with authoritarian governments that are pursuing economic strategies directed towards wealth accumulation and building up geopolitical strength rather than improving living standards for their populations.

How to combat this problem? Summers: The success of the next administration could depend on its ability to engage with a wider range of global economic stakeholders, on a broader agenda, at a time when disagreements are increasing not just about means but also about ultimate ends.

Lord help us. Summers somehow – is it willful? – does not see that the very trade agreements and "engagements" between nations of the West and "East" have caused the problem that he is bemoaning. And to solve it, he naturally calls for more of the same. In fact it is even more complicated than that. Summers is likely being a bit disingenuous. He is pointing out a problem but then using it to call for more of the same not because he is naïve or illogical but because the ultimate aim of such agreements is one seamless trading entity, worldwide. It is an entity that would be managed – of course – by certain private, and probably Western, influences. (That's an article for another day.)

The trade agreements that have been negotiated over the past years by the East and West have tended to benefit the very largest manufacturers and marketers, many of the West. One of the beneficial effects of the rise of the Internet – and its culture of free-market literacy – may be the gradual diminishment of these international agreements that take literally decades to create and have the complexity of a 20th century Encyclopedia Britannica. The Internet has allowed citizens – East and West – to understand these agreements more fully for the first time. Unlike Summers, they don't seem to approve of what they see.