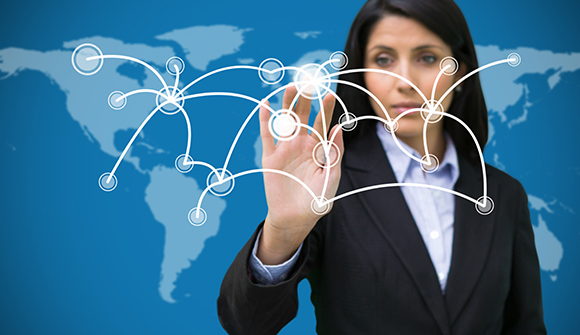 In the early 1980s, doctors and medical researchers around the world were confounded by the growing number of young, otherwise healthy patients who were dying of rare infections that typically only occurred in people with very weak immune systems.

The situation was so alarming that the CDC in the United States set up a special task force in 1982 to study the condition and stop its spread.

By 1983 the medical community had found the answer: they discovered a terrifying new retrovirus that utterly and permanently vanquished the human immune system.

This retrovirus eventually became known as the Human Immunodeficiency Virus– HIV. And nearly four decades later, while there has been substantial progress in treatment and prevention, there is still no vaccine.

Then there’s shingles– an infection caused by the varicella-zoster virus– which is brutally painful for older adults.

GlaxoSmithKline produces a vaccine for this virus called Shingrix that took them more than 10 years to develop and test. And the company has stated repeatedly that they are overwhelmed with demand: hundreds of millions of people want the vaccine.

A few months ago, Glaxo announced that they already reached maximum production capacity of the vaccine, and they’ll have to build a new bioreactor facility just to increase production to ~20 million units per year.

That new facility won’t be online until 2024.

But there does seem to be a prevailing attitude worldwide that there will be a vaccine ‘within 12-18 months.’

We can certainly hope so. Fingers crossed.

But this “12-18 month” estimate has been repeated so many times by politicians, reporters, etc. that the public now views it as a foregone conclusion.

And there seems to be zero consideration given to the possibility that, maybe just maybe, vaccine development could take a lot longer.

Or perhaps, even if a vaccine is rapidly developed, that it would take at least five years to produce, transport, and administer BILLIONS of vaccines.

Think about it– Glaxo will spend the next four years building a new facility just to be able to produce 10-20 million annual units of its Shingles vaccine.

How many biotech facilities worldwide will be needed to produce billions of coronavirus vaccines?

And even if existing production centers are able to quickly switch from producing other drugs and start producing coronavirus vaccines– what will be the opportunity cost?

If the world manages to be able to produce billions of vaccines, who will be left to produce cancer drugs? Or antibiotics? Or the countless other life-saving drugs that people depend on?

I’m not writing all of this to be negative. Far from it. And it’s important to remember that absolutely every scenario is on the table right now, including positive and favorable ones.

But there are clearly a number of reasons why this pandemic could last much longer than most people probably think. So it’s prudent to be physically, mentally, and financially prepared for that reality.

If this virus has taught us anything, it’s that tomorrow can be radically different than today.

This goes against some of our most basic human tendencies, what psychologists call ‘cognitive bias’.

The bottom line is that our brains cling to the idea that tomorrow is going to be just like today. And we have a very difficult time accepting rapid change.

And even when radical changes do take place and we eventually become accustomed to our new realities, we still cling to the belief that things can’t get any worse.

They can. Again, anything is possible now. All scenarios are on the table. So it would be dangerous to assume that it can’t get any worse, or that the pandemic won’t drag on for a longer period of time.

Back in early February before the virus became a global concern, I suggested that you stock up on food and masks before it all hit the fan.

I want to suggest the same thing again today– at least the food part.

It is entirely possible that we could see supply chain disruptions. It’s not a certainty—nothing is certain right now. But there are pretty obvious risks.

Chances are high that whatever you ate for breakfast this morning probably originated in some far off place.

The food on your plate can easily travel hundreds if not thousands of miles before it arrives to your table, starting off in a farmer’s field, to an inspection center, and then to the port where it is shipped/trucked/railed/flown to a regional distribution center and ultimately to your grocery store.

The global food supply chain is incredibly complex and not especially resilient; I’ve seen this firsthand over the past few years from running a large agriculture business.

I don’t think it’s likely that the global supply chain would shut down completely. But there’s definitely a risk for hiccups, i.e. slowdowns that cause delays and sporadic shortages.

This kind of scarcity could create some high stress situations in the grocery store; just take a look at Black Friday videos on YouTube to get a sense of what I’m talking about.

It’s best to avoid that kind of environment altogether. So I’d definitely encourage you to stock up on food, and remain stocked up.

This isn’t about being paranoid. We can hope for the best, but still acknowledge this pandemic could last a lot longer, and understand that the supply chain wasn’t designed to function under such stress.

Nothing is certain. But stocking up on food is a simple precaution to offset some obvious risks… which is the cornerstone of any good Plan B.