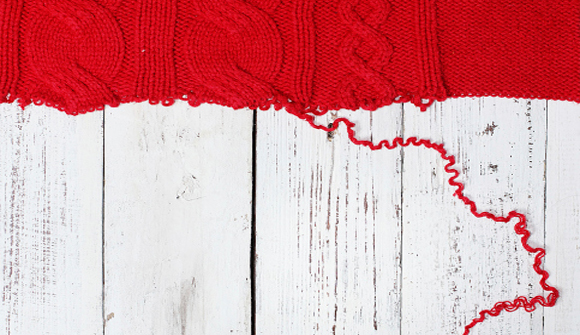 It was the time of unraveling. Long afterward, in the ruins, people asked: How could it happen? It was a time of beheadings. With a left-handed sawing motion, against a desert backdrop, in bright sunlight, a Muslim with a British accent cut off the heads of two American journalists and a British aid worker. The jihadi seemed comfortable in his work, unhurried. His victims were broken. Terror is theater. Burning skyscrapers, severed heads: The terrorist takes movie images of unbearable lightness and gives them weight enough to embed themselves in the psyche. – New York Times

Dominant Social Theme: Everything is going to hell and no one does anything, especially the great powers.

Free-Market Analysis: This Times editorial was featured at the top of the well-known Drudge Report and has obviously had an impact on the chattering classes.

It's written in pseudo-liturgical cadences and is reminiscent of the great allegorical poem that we have often quoted by WB Yeats, "The Second Coming."

Yeats's poem is justly famous for the serious nature of his topic, which was the end of World War I and the ruin it had left behind. The ruin was both cultural and spiritual. After "The Great War" few certainties remained untouched. The brutal sacrifice of so many lives to achieve nothing of import led to extreme nihilism and end of cultural certainty. We live with that today.

This article has those intonations, and the Internet is buzzing over its construction and presentation. Here's one reaction, posted at the blog Patheos.com:

The Great Unraveling: A Necessary Look at Reality … This morning, the New York Times published an exquisitely-written dose of reality via Roger Cohen. If "only Nixon could go to China" then perhaps only a NYT columnist could spell this out and thus permit us to credibly acknowledge that the center is not holding.

So who is the editorialist? According to the Times bio, Roger Cohen was a "foreign correspondent for more than a decade before becoming acting foreign editor on Sept. 11, 2001, and foreign editor six months later. Since 2004, he has written a column for the International New York Times, until 2014 known as the International Herald Tribune, first for the news pages and then, from 2007, for the Op-Ed page."

In other words, Mr. Cohen is a company man and one we find out later in his bio who is fascinated by military history. Here's more:

Mr. Cohen has written "Hearts Grown Brutal: Sagas of Sarajevo" (Random House, 1998), an account of the wars of Yugoslavia's destruction, and "Soldiers and Slaves: American POWs Trapped by the Nazis' Final Gamble" (Alfred A. Knopf, 2005). He has also co-written a biography of General Norman Schwarzkopf, "In the Eye of the Storm" (Farrar Straus & Giroux, 1991). His family memoir, "The Girl from Human Street: Ghosts of Memory in a Jewish Family," (Alfred A. Knopf) will be published in January, 2015.

Yeats's great work was poetic and was not necessarily written for any specific publication. This editorial was written by a long-time NY Times columnist and military biographer. The intonation is similar but the impulse is different.

Here's more from the Times article:

It was a time of aggression. The leader of the largest nation on earth pronounced his country encircled, even humiliated. He annexed part of a neighboring country, the first such act in Europe since 1945, and stirred up a war on further land he coveted. His surrogates shot down a civilian passenger plane. The victims, many of them Europeans, were left to rot in the sun for days. He denied any part in the violence, like a puppeteer denying that his puppets' movements have any connection to his. He invoked the law the better to trample on it. He invoked history the better to turn it into farce. He reminded humankind that the idiom fascism knows best is untruth so grotesque it begets unreason.

It was a time of breakup. The most successful union in history, forged on an island in the North Sea in 1707, headed toward possible dissolution — not because it had failed (refugees from across the seas still clamored to get into it), nor even because of new hatreds between its peoples. The northernmost citizens were bored. They were disgruntled. They were irked, in some insidious way, by the south and its moneyed capital, an emblem to them of globalization and inequality. They imagined they had to control their National Health Service in order to save it even though they already controlled it through devolution and might well have less money for its preservation (not that it was threatened in the first place) as an independent state. The fact that the currency, the debt, the revenue, the defense, the solvency and the European Union membership of such a newborn state were all in doubt did not appear to weigh much on a decision driven by emotion, by urges, by a longing to be heard in the modern cacophony — and to heck with the day after. If all else failed, oil would come to the rescue (unless somebody else owned it or it just ran out).

It was a time of weakness. The most powerful nation on earth was tired of far-flung wars, its will and treasury depleted by absence of victory. An ungrateful world could damn well police itself. The nation had bridges to build and education systems to fix. Civil wars between Arabs could fester. Enemies might even kill other enemies, a low-cost gain. Middle Eastern borders could fade; they were artificial colonial lines on a map. Shiite could battle Sunni, and Sunni Shiite, there was no stopping them. Like Europe's decades-long religious wars, these wars had to run their course. The nation's leader mockingly derided his own "wan, diffident, professorial" approach to the world, implying he was none of these things, even if he gave that appearance. He set objectives for which he had no plan. He made commitments he did not keep. In the way of the world these things were noticed. Enemies probed. Allies were neglected, until they were needed to face the decapitators who talked of a Caliphate and called themselves a state. Words like "strength" and "resolve" returned to the leader's vocabulary. But the world was already adrift, unmoored by the retreat of its ordering power. The rule book had been ripped up.

In the above excerpt we can see familiar political themes. The editorialist blames Russia for the Ukraine conflict to the exclusion of all else. It is Russian fascism, we learn, that is responsible for what's going on.

He then moves on to the Scottish referendum on independence, of which he is critical. The "most successful union" – presumably Britain – is now in danger of dissolution and, from his point of view, it is entirely unnecessary.

Finally, in the above excerpt, he is critical of the growing war-weariness in the US. No matter how many apparently fake beheadings are to take place, the electorate – like a terminal heart patient – cannot be shocked back into a state of war fever.

As we can see, these are all arguable points of view. There is plenty of evidence that the West baited Putin and considerably aggravated the Ukraine situation on purpose. The Scottish referendum may or may not end in secession, but it has certainly galvanized discussion on the issue – and from our humble point of view that's not a bad thing.

Finally, the lack of war fever may displease Mr. Cohen but it is probably an understandable result of so much previous fighting – which doesn't seem to have amounted to much.

Yeats was a complex person but his poem attempted to describe a foreboding about where the world was headed after World War 1. In other words, it was a meditation and apparently a heartfelt one.

This editorial, written with something of the same cadence, propagandizes against a Great Power, advises a nation-state not to seek independence and advocates for additional serial wars.

It is a good example of how debased the socio-political conversation has become. Yeats asked eternal questions using a philosophical vocabulary. Cohen uses similar phraseology to promote a military-industrial agenda while perching on the New York Times editorial page's bully pulpit.

He ends by noting that it will soon be "too late" and that people have not yet seen "The Great Unraveling for what it was and what it had wrought."

Here at The Daily Bell, we have long seen the great unraveling for what it is and, unlike Mr. Cohen, we think we understand the reasons for it. These distressing episodes do not arise by accident. They are the fruition of globalist mischief designed to weaken nation-states and minimize cultural affinities.

One needn't stand back in dismay. Much better to take human action to protect oneself. Whether one chooses to buy gold or silver or to participate carefully in the continued Wall Street Party, one should seek to build assets and distribute them wisely. Several passports and overseas domiciles should be considered as well.

This editorial is part of a larger power elite meme that proposes the world's disastrous events are unfolding without human interaction. The misery emerges unpredictably and cannot be alleviated except by yet more applications of state power and military force.

Yeats spoke of nihilism. Ironically, this editorial, which partakes of Yeats's vocabulary and intonation, is itself profoundly nihilistic, the product of a newspaper that advocates cynically for expanding internationalism without ever describing the forces driving it.