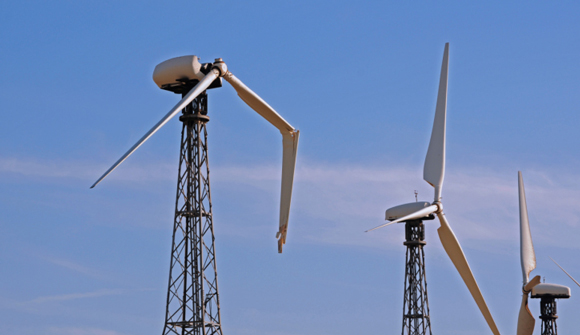 UK homeowners caught in EU's tangle of green targets … European laws to boost renewable energy have failed and may be rewritten … European Union legislation influences or determines almost all aspects of energy production and use. Increasingly over the past five years, it has been widely criticised for setting clashing targets and competing objectives that have undermined living standards and the environment. The EU's treaties make it clear that "energy mix", the question of how countries generate their electricity, remains a question of sovereignty, but binding targets for renewable power, wind and solar have undermined that principle. – UK Telegraph

Dominant Social Theme: The Green economy is humming along.

Free-Market Analysis: Surprise, surprise. Just as in the 1970s, technocratic efforts to change the West's energy mix via government force are proving to be a disaster.

You wouldn't know it from the mainstream press that is filled with hosannas welcoming alternative energy. But, as this article shows us, command-and-control solutions don't work.

Thought we learned that with the fall of the Soviet Union. Apparently not.

In this case, the UK Telegraph does us the favor of showing us once again – via the corporatist example of the EU – how "energy policy" is really an exercise in cognitive dissonance.

Here's some more of the article:

The EU directive on renewable energy has probably had more impact on how power generation works and the bills paid by households than any other single piece of European legislation. The 2009 directive set the objective of ensuring that 20pc of the energy used by 2020 should come from renewable sources.

After sharing out the obligations across the EU, Britain was set the binding target of ensuring that 15pc of energy demand must be met from renewable sources before the end of the decade. The targets are enforceable in the EU courts, meaning the prospect of a country facing huge daily fines drawing closer as the decade draws to an end.

The legislation has certainly kept lawyers busy. Since January 2011, the European Commission has opened 27 investigations into whether countries are meeting their targets. Eleven cases are pending and Poland, Cyprus and Austria have been referred to the courts.

Because renewable power generation is expensive and inefficient, in terms of the high yields needed to keep national grids going and the lights on, huge subsidies have been needed for the wind and solar farms that now litter the European landscape and sea.

… "In recent years, the financing of renewable support measures has led in many member states to an increase of electricity costs which affects the competitiveness of energy intensive users," Joaquín Almunia, the competition commissioner, admitted last month.

… Renewables have created other problems and have threatened to undermine other EU energy policies. Because solar and wind power is erratic, depending on the weather, national grids are at greater risk of failing at peak demand times.

We can see from the above what we consistently argue, that while government can create laws and regulations, it can never guarantee that the outcome will be what is anticipated.

In fact, almost everything the EU has tried to do has not worked out as expected. The burden of these misguided command-and-control policies had landed squarely on the consumer, and thus the price of living has moved up fast – and during a terrible recession.

Only the competitive market can efficiently project where resources ought to be placed. That's because economic competition is impervious to the kind of log-rolling and corruption that large "public service" entities like the EU inevitably encounter.

Even when such entities attempt to mimic the free market's efficiency, they inevitably end up getting it wrong. Carbon marts are a good example of this misguided gambit.

The article explains it fairly well:

… The other binding EU energy target is to reduce Europe's greenhouse gas emissions to 20pc below 1990 levels by 2020. The EU is on track to meet the overall carbon reduction target, mainly due to the financial crisis and recession that slowed down economic activity.

… The recession, with shrinking economic activity and the increased use of renewables, has led to a glut of credits – leading to low prices for carbon allocations. This unintended consequence has helped make coal and gas, climate-changing fossil fuels, cheaper for energy production.

Last month the EU agreed to intervene in the market artificially to restrict credits and prop up the price of carbon. The failures have dwarfed the EU's other policy, energy efficiency. Between 1990 and 2010, energy efficiency increased by 20pc across the EU.

Unfortunately, this considerable achievement has not been enough to offset the soaring bills and counter-productive climate effects of the EU's renewables targets.

Amid growing controversy, the commission will this month publish a paper to "fundamentally overhaul" climate change policies. In a more or less open admission that the current renewables target has failed, the EU executive is widely expected to drop it altogether when setting new carbon reduction ceilings for 2030.

After 2020, it will be up to national governments to decide how they reduce carbon, but the damage will have done. History seems certain to judge EU energy policy as well-meaning but wrong and counter-productive by almost every measure.

Okay, let's sum up. Renewable energy has proven to be unpredictable and very expensive. Policies will have to change before consumers rise up in open rebellion.

Meanwhile, carbon credit prices have plunged because of the never-ending recession that has damped the cost of energy. Thus, the very energy that Eurocrats wanted to diminish has now become the cheap alternative.

This must be driving Brussels mad. In fact, the article indicates that those managing this disaster evidently intend to wash their hands of it and give responsibility back to national governments.

Of course, we shouldn't conclude without noting that Eurocrats actually have had the idea that their disastrous energy policies would speed European integration.

For these bureaucrats, any destruction of Europe's industrial might via irrational energy policies is actually a positive development, as it gives Brussels additional clout in its pathologically incompetent effort to recreate Charlemagne's Empire.

But as we also regularly point out, the Internet Reformation is making destructive elite policies ever more difficult to implement. In this case, green policies have proven to be such a botched job that people have noticed.

Of course, we freely admit that a similar rise and fall in "alternative energy" took place in the 1970s before the Internet. Nonetheless, this time 'round we think the Internet helped out by increasingly alerting people to malevolent or incompetent environmental policies.

Government planning simply doesn't work as advertised. Ever. Those tempted to bet on the Green energy sector may want to take another look.

The top globalists are losing as much as they are winning these days it seems.