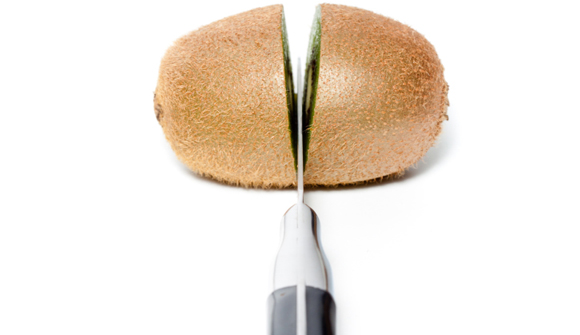 Australia, Where One Central Bank Won't Do … Does Australia need two central banks? The dilemma that faced Reserve Bank of Australia Governor Glenn Stevens on Tuesday certainly begs the question: The argument for hiking rates was almost as compelling as the one for cutting them. – Bloomberg

Free-Market Analysis: This article provides us with a logical sequence of events showing quite clearly why central planning ought to work – even though it doesn't.

In fact, the entire article is an exercise in cognitive dissonance. It makes logical, if inaccurate, assumptions and then builds to an equally logical climax that sounds convincing, even though reality ought to dictate a much different conclusion.

It is perhaps unfair to single out this editorial because the Western mainstream media is shot through with this sort of approach to economics and sociopolitical and military analysis. It's a troubling phenomenon; when society's messaging is so off-kilter, people inevitably grow alienated and disillusioned.

In the end, Stevens did neither, surprising markets that were betting on a 25 basis-point cut in the 2.25 percent overnight cash rate. The decision will strike many peers around the region, who have been racing to slash borrowing costs, as odd. With Australia facing the highest unemployment rate in 12 1/2-years, slumping business spending and deflation spreading around the globe, a little more RBA stimulus would seem in order.

That's until you consider the out-of-control housing market, which is in the grip of an irrational exuberance arguably beyond anything the U.S. experienced in the mid-2000s. In February alone, Sydney homes surged 14.7 percent from a year earlier, the fastest pace in five months. According to economist Lindsay David, author of the new book "Print: The Central Bankers Bubble," Sydney land prices rose 512 percent faster than inflation between 2001 and 2011, while the city's population only grew 16 percent. Perth in the West outpaced inflation by 1,094 percent with population growth of 28 percent. Stevens is damned if he responds to slowing growth (which would add more fuel to the property bubble) and damned if he doesn't (the first recession in over 20 years may be on his watch).

This is the same dilemma that China faces (see other article, this issue), though China's similar situation is not discussed in this article. China's hugely inflated housing market is now collapsing, if reports are to be believed.

According to the article, Australia has a "two-speed" economy consisting of "mining heavy" regions along with other parts of the country that don't participate in commodity riches. If the central bank lowers rates, it encourages a commodity bubble even though other sectors of the economy could use the stimulus.

Instead, the central bank "stood pat" and the article interprets this as a way to push Prime Minister Tony Abbott to do more on his end. The article claims that Abbot's administration is "paralyzed" and that until he does his part, monetary policy is not going to be effective.

What's Abbot's crime? He's taken aim at excessive government spending instead of the "hard task of diversifying the economy's growth engines and bringing them into closer alignment." According to the article, he hasn't taxed miners in order to "redistribute wealth to depressed areas." And discouragingly, "he's done little to invest in education, training or better infrastructure – all crucial to improving Australia's competitiveness."

The editorial arrives at these conclusions by creating a certain rhetorical framework. It begins with monopoly-fiat money provided by via central banking. The central bank can print; it can provide liquidity to various sectors. These sectors naturally "heat up" due to an excess of money, at which point the central bank cannot do more.

Instead, it is up to government to macro-manage other parts of the economy and to make the rest of the economy more efficient. In fact, this is out-and-out central planning of the sort that caused the Soviet Union to fail.

The 20th and now the 21st century should show us that the use of government monopoly power to print money, to raise taxes on certain parts of the economy or to create various educational programs to retrain workers is not an effective method of creating wealth. But these lessons have not been internalized, certainly at the level of the mainstream media.

In the US, the Obama administration tried to "pump prime" for a while, following the Keynesian dictate that in a slump government should hire workers to dig holes and fill them up again. More reasonably, the administration began trying to "create jobs" only to find that such government interference was generating employment at hundreds of thousands of dollars per head.

Still, the best remedy for the RBA and the nation is for Abbott's government to regain focus and get control over its disparate economies. Australia must rediscover the liberalizing instincts that dominated Canberra in the 1980s and 1990s and transition back to a non-mining economy. Rather than prune programs, Canberra should increase research and development spending to create high-paying jobs in science, technology, engineering and education … That's not a job for Stevens, but for a government that, like Australia's economy, has lost its way.

We'd suggest editorials like this have lost their way. How on Earth after the past century of ruinous government interferences in the marketplace can people suggest that public programs can "create high paying jobs in science, technology, engineering and education"?

The conclusion is an entirely artificial creation based on Keynesian analyses that have proven to be failures. Stimulating economies by debasing the currency only creates asset bubbles – and such bubbles are then presented as a "recovery."

At the same, if the recovery is uneven, articles like this one suggest that government ought to provide the "leadership" necessary to steer industry the proper direction, toward full employment. It is the centralized authority that always must come to the rescue apparently; the private market must patiently wait for guidance and leadership from above – monetary, fiscal and regulatory leadership.

In fact, this is the reason that Europe's economy is collapsing, why China is facing severe price inflation, why 90 million US citizens are out of work or underemployed. Central bank price fixing of the price and volume of money combined with destructive fiscal policies and regulatory micro-management of the economy are creating a perfect storm of mismanagement and ruin.

The logic of this article is impeccable if one accepts its premises. Which is why Ayn Rand used to say, "check your premises." In this case, the premises are divorced from reality. Debasing currency cannot create wealth; government central planning cannot generate prosperity.

It is the private sector that can generate employment via human action – individuals seeking to care for themselves and their families and communities. These are the people who are motivated to build businesses or to work for others in modest-sized companies.

Throughout history, people have always provided for themselves within the framework of the larger culture. But today the mainstream media's rhetoric seems increasingly divorced from reality. The era of state-funded bigness in every aspect of industry and finance is presented endlessly.

Yet reality will continue to diverge and frustration and even fury will inevitably follow. Social cohesion must inevitably decay when people no longer trust the dialogue. Even the most revered aspects of authority will gradually lose credibility.

Articles like this one can create a kind of alternative universe – but reality is not aligned. And eventually people notice.