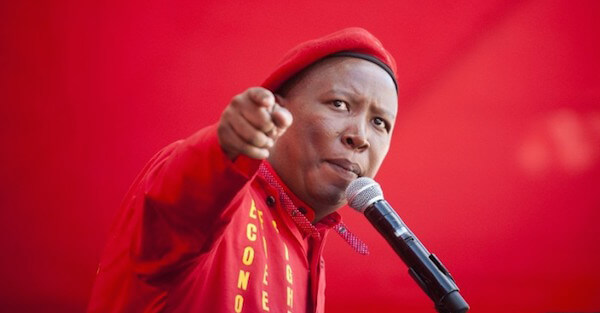 Mostly, we’ve been talking about avoiding assets that are irrationally expensive (like most stocks and real estate today). And we’ve been discussing ways to raise cash and diversify outside of traditional investments to protect your capital.

But now that you have all that cash handy, when do you pull the trigger? When is an asset cheap enough to buy? You can lose just as much money buying too soon as you can buying too late.

If you look around the world today, there are plenty of assets “on sale.”

Emerging markets have gotten crushed thanks to troubled economies, a soaring dollar (which makes their dollar-denominated debts harder to pay) and trade war fears.

So far this year, the Turkish lira and Argentine peso are down 41% and 50%, respectively – those are HUGE moves for a currency in a short period of time. The Indian rupee, Indonesian rupiah and Russian ruble are also getting pummeled.

EM stocks are down more than 20% this year (they trade around 11 times forward earnings versus 17 for US stocks).

But is buying Argentine bonds (which yield 60% today) or a basket of EM stocks a good deal? (We’ll get to that answer later.)

Here’s another example of an asset that’s getting crushed – South African farmland.

Right now in South Africa, there’s a large movement to confiscate land from white farmers and redistribute it to black people. It’s the hottest topic leading into next year’s elections.

And the fiercest supporter of this movement is a politician named Julius Malema, aka the Hitler of South Africa, who kindly told white people that he wouldn’t kill them… “yet.”

So what do you think happens to farmland prices when a crazy, deranged politician is threatening to steal land and kill all the white people?

Well, a hectare of farmland is down about 43% from its April 2016 record. And transaction volume has fallen by more than half.

Does it make sense to buy South Africa right now? Or even Venezuela, where millions of locals are fleeing to escape starvation and violence? (You can read about a recent trip I took to Venezuela here).

A good general rule of thumb for when an asset is cheap enough… will people literally laugh at you for wanting to buy it?

If you bought stocks in 2008-2009, at the point of maximum pessimism, people thought you were insane.

I remember I was in Punta Del Este then getting my shoes shined. And the guy was complaining about the crisis and telling me I shouldn’t invest in the stock market. It was probably right at the bottom.

It’s the reverse of the famous story about Joe Kennedy, who sold out of stocks in 1929 (before the great crash) because his shoeshine boy started giving him stock tips.

When everybody, including the shoeshine boy, thinks something is the worst possible place to be, then there are no sellers left… and it makes sense to start shopping around. The same goes for the bull case – maximum optimism means no more buyers.

Today, in addition to emerging markets, you could start looking for deals in gold, uranium and Japanese stocks.

But this is an important thing to think about. Because you can’t buy something just because it’s cheap.

After all, when an asset price falls by 99%, that means it’s fallen by 98%. Then it falls in half after that.

The point is, things can always get cheaper. Sometimes they can go to zero, or even negative… when people literally pay you to take an asset off their hands because it’s a liability for them.

When something gets cheap, just like when it gets expensive, you’ve got to avoid emotions. Remain calm and objective.

When an asset falls in half, you need to determine if it can get cheaper, or possibly stay cheap for a really long time. Ask yourself if there’s a catalyst that could actually bring about growth or price appreciation…

In the depths of the GFC, everyone thought stocks would be in the dumps forever. Nobody was buying. But there was a major catalyst in the form of bank bailouts and the Fed printing trillions of dollars. Stock prices have tripled since then.

Is there a catalyst for South African farmland prices today?

It’s hard to say. But things could definitely get cheaper if the government starts seizing land without compensation.

The idea is to buy an extremely high-quality asset that has the potential for growth.

In South Africa, with land prices down about 50%, if things calm down, you could double your money.

But your downside is also 100%. So you’re flipping a coin… it’s double or nothing.

Probably not the best bet.

But sometimes, a good investment is obvious.

He found a company called Nam Tai that had $261 million in CASH, plus a ton of real estate in Asia (conservatively worth $221 million).

But the company’s market value at the time was only $204 million. And it was a solid business.

So you could buy the entire company for $204 million, put that amount right back in your pocket and have another $57 million of cash and $221 million in real estate left over.

His readers made about 130% on that recommendation.

If you look hard enough today, as always, there are good deals to be found.

But it’s important to avoid emotion. Don’t buy just because something is cheap, because it can always get cheaper. Look for an obvious catalyst that can push prices back up.

There aren’t many deals around the world today. But we’ll have an amazing opportunity to put our capital to work soon.