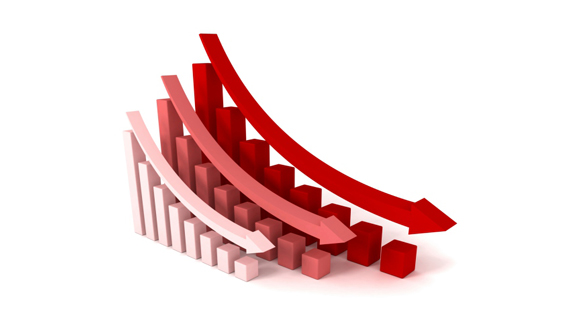 STAFF NEWS & ANALYSIS
The Imbecile King who put his foot on the gas pedal
By Simon Black - January 03, 2022

Charles II was only three years old when he became the supreme ruler of the Spanish Empire in 1665. But anyone who took just one look at the child knew they were all doomed.

Charles had come from a long line of prominent European nobles known as the Habsburgs– a family so exclusive that they frequently married one another in order to keep their blood line ‘pure’.

Genetic defects abounded at as result.

Charles II inherited some of the worst of these genetic defects; his father and mother were uncle/niece. And his grandparents were first cousins.

So it comes as no surprise that Charles II was deformed, spindly, weak, constantly sick, and partially paralyzed. He was also referred to by his contemporaries as the ‘imbecile king’ for his slow-witted stupidity.

Spain had been the dominant European superpower only a century prior to Charles II. It had vast colonies all over the world, a terrifying army and navy, and unimaginable wealth.

But history proves that an Empire’s wealth and power never last forever.

And even well before Charles II took the throne, Spanish rulers were already running everything into the ground.

One clear lesson from history is that empires tend to be extremely expensive… especially when you’re the dominant superpower, and all of your rivals are constantly waging war against you.

Spain was no exception. Their empire was extremely expensive to administer, and they were routinely engaged in costly wars.

The emperors were forced to borrow a lot of money to pay for these wars. And Spain’s debt became so vast that the government defaulted at least SEVEN TIMES between the mid 1500s and mid 1600s.

Desperate to make ends meet, the government also hiked taxes to exorbitant levels, including imposing a 14% sales tax. (Somewhere the governor of California is taking notes…)

The government also predictably began rapidly expanding the money supply and debasing its own currency… resulting in one of the worst long-term episodes of inflation in all of human history up to that point.

Spain’s Emperors also began interfering heavily in trade and commerce; they passed rules granting special monopolies to favored businesses, essentially killing off competition, and they inserted extreme government bureaucracy into some of the most important industries like shipping and mining.

It wasn’t long before economic and trade activity began to shrink as a result of these policies.

Between 1600 and 1700, in fact, Spanish shipping volume from the New World had declined by an astonishing 75%.

Part of this decline was because of emerging social trends.

In the early 1400s and early 1500s, the seas were teeming with Spanish explorers– Cortes, Pizarro, de Soto, Ponce de Leon, etc. These men were regarded as national heroes in Spain, and international trade was considered a highly respected industry.

By the mid 1600s, however, trade, commerce, and production had all fallen out of favor. Traders and industrialists were viewed with suspicion instead of esteem.

The economies in cities like Valencia, which had once been famous for its factories and high quality products, quickly decayed. And suddenly Spain found itself importing most of its goods and services from its chief rivals– France, England, and the Netherlands.

Meanwhile the Spanish Inquisition was busy killing off thousands of intellectuals… and condemning tens of thousands more to life imprisonment.

Their crime? Expressing independent thought that differed from the official narrative.

Spain’s message to the world was clear: freedom of thought had no place in the Empire. So anyone capable of innovation stayed as far away as possible.

And as a final point, Spain had suffered a series of embarrassing military defeats from the late 1500s through the mid 1600s, including the Spanish Armada’s humiliating loss to the English in 1588.

Suddenly the rest of Europe realized that Spain was not invincible. The Empire was bankrupt, economically weak, socially decayed. And its military had been embarrassed.

Remember– this was already the situation BEFORE 1665.

And that’s when Charles II took the throne.

In other words, a weak, mentally incompetent fool was put in charge of an Empire that was already in serious decline… and whose chief rivals were rising rapidly.

You don’t need a PhD in European History to figure out how that movie ended: the situation became much worse under Charles II.

And within a few decades, Spain would go on to lose a major war against its rivals that struck the final blow to its dominance.

That’s when the torch was passed, and France became the dominant superpower. Eventually the UK surpassed France, then the United States surpassed the UK.

It’s not hard to understand why.

When an economy is on the rise, people are hungry. They work hard. They save money. They’re focused on the future.

Once an economy has reached its peak, however, priorities change. Hard work and saving are no longer prized social values. People become more focused on consuming in the present, rather than investing in the future.

Little by little, a nation chips away at the very values and institutions that made them powerful to begin with.

If fiscal responsibility has made the nation wealthy, they begin printing record sums of money, engineering inflation, and taking on mountains of debt.

If capitalism has made the economy prosperous, they cheer socialism.

If personal freedom and self-reliance have created a strong society, they embrace totalitarianism, intolerance, and censorship.

Not to mention, there always seems to be some rival, rising power lurking, ready to take advantage of the situation… and some weak leadership like Charles II who hits the gas pedal on the way towards the precipice.

This story is as old as human civilization. And while the exact circumstances today are different, the themes are very similar.