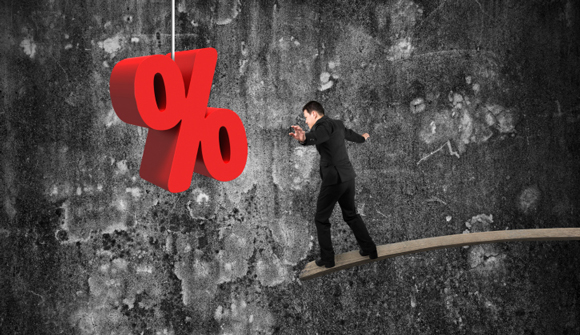 Fed's Fischer Says Economy May Merit Liftoff Later This Year … Federal Reserve Vice Chairman Stanley Fischer said the U.S. economy may be strong enough to merit an interest-rate increase by year end, while cautioning that policy makers are monitoring slower domestic job growth and international developments in deciding the precise timing of liftoff. At the Federal Open Market Committee's meeting in September, "most participants, myself included, anticipated that achieving these conditions would entail an initial increase in the federal funds rate later this year," Fischer said Sunday in Lima, where attended the annual meeting of the International Monetary Fund. – Bloomberg

Dominant Social Theme: We know what we need to do, and we'll do it!

Free-Market Analysis: Fischer, Janet Yellen and the rest of the Federal Reserve gang ought to print placards that say, "rate hike coming," as that way they wouldn't have to repeat themselves so much.

However, here's a thought: There may be a method to the "madness" of constant delays.

Recent reports in the alternative media have centered around the idea of a "controlled crash." The idea here is that Fed mavens will continue to talk up a rate hike while the market itself ratchets down, thus removing some of the urgency.

What certainly seems true is that the more Fed officials speak about raising rates without doing so, the more volatility the market itself undergoes. In August, intraday, the market dropped about 1,000 points, and this tremendous downdraft came without any definitive move.

In fact, there are so many negatives weighing on the market that the larger asset inflation may reduce itself no matter what.

When the International Monetary Fund issues a warning with the word "trillions" attached, you should probably take notice. The IMF reckons there is $3.3tn (£2.16tn, €2.93tn) in what it calls "overborrowing" in fragile emerging markets, from China to Turkey. But this is only the amount in US dollar-denominated debt held in emerging markets (EMs).

In fact, over a decade the overall level of corporate debt in EM economies has rocketed. In 2004, the corporate debt of non-financials was $4tn. By 2014, the IMF said it had soared past $18tn in total. Corporate balance sheets are stretched to their limits.

Companies and individuals in EMs have made the most of recent low-interest rates in Western economies, particularly the US, where cheap credit is helping them recover from the worst financial crash in history. EM companies have laden themselves with bag-loads of debt, like financial buckaroos, to fund rapid growth in their home economies. To pay back these debts, they rely on foreign money pouring in.

It is the IMF's perspective that there is too much corporate debt, too much sovereign debt and too little "liquidity." That means that the money is not going to be there to "buy on the dips" when markets start to collapse.

Given the array of unappetizing alternatives, it is no wonder that central bank officials may have decided that no action is the best action. If the market sells off on its own, a dramatic crash may be avoided, along with the inevitable finger-pointing aimed at central bank policy makers.

Central bank officials deserve the finger-pointing, of course. The whole process is abysmal, obscene – a generalized ruination almost beyond description. Central bankers claim their actions create stability but obviously the reverse is true. Recessions, depressions and market crashes of all kinds are the result of monetary price fixing.

In his new book, Monetary Central Planning and the State, Dr. Richard Ebeling addresses this issue. In his interview with Anthony Wile published in The Daily Bell just yesterday, he points out it is only free-market Austrian analysis that can reveal to us the depth and breadth of the lie that is the current monetary process.

There are three main interpretations of central banking, Ebeling explains: Keynesian, Monetary and Austrian. Of the three, Keynesianism is the easiest to dismiss and Keynes himself never even bothered to define the problem of why significant downturns took place in a central bank environment.

At least Monetarists recognize the problem, but their initial solution was flawed. The idea of a steady-state Fed injecting money annually at a rate of three percent is simply another form of price fixing. Only the market itself can act as a credible barometer of how much money is necessary and when.

This is the Austrian approach, of course. The idea here is that competitive forces alone can properly determine the price and volume of money.

But somehow we are stuck with a dishonest and disastrous system. It is one that inflates assets over and over again – thus inevitably mispricing "public" instruments. If one wants to play in the equity arena at all, it is probably better that one turn to "special situations" – private deals that have not yet come public.

A good deal of due diligence is necessary, of course, but in such situations at least one does not have to worry about the business cycle. Alternatively, one might consider an opportunity that is slated to go public but has not yet reached that point. A solid enterprise run by market-savvy individuals can generate a significant market cap in a short period of time if the market itself is on the up side of the cycle and receptive to the offering.

What is so sad about modern markets – and we've pointed this out repeatedly – is that elite insiders get involved far earlier during the business cycle than the average investor.

Being closer to the monetary spigot, insiders have the wherewithal to invest sooner. Meanwhile, the larger middle class continues to struggle with reduced paychecks and unemployment until markets are near peaking. Then they make their move – and predictably, it is at a point where markets begin to collapse.

Today, markets are probably once again near their peak, though the timing is ever in doubt. In fact, averages can probably climb higher, and we have made this point for several years. The Fed's strategy of bringing markets down through inaction – if that is what is going to take place – will introduce or support a continuation of significant volatility.

What is more important to consider, however, is that one is at the mercy – certainly this late in the business cycle – of a small group of policy makers who, themselves, have little in the way of options.

At this point, investing ought to be relatively simple. Rather than try to outguess the market, one ought to look for opportunities in sound sectors where the investment itself is at a beginning stage not an end stage. Cannabis comes to mind as one such sector or opportunity, but there are others and we will be discussing them in other articles and analyses.