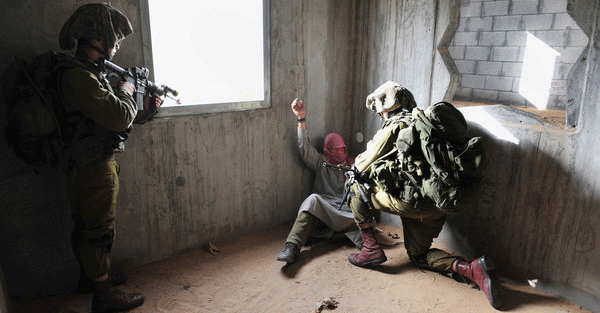 Why did the White House just humiliate Loretta Lynch? … Idiotic: That’s the only word for the Obama administration’s move to scrub references to Islam or ISIS from the transcripts of Orlando terrorist Omar Mateen’s calls.  Under an avalanche of ridicule, the Justice Department on Monday relented and released the full transcripts. But what was the point? –NY Post

The war on terror is a Western invention.

But not according to this New York Post editorial.

The writers are indignant that Obama is refusing to tell the truth about America’s enemies.

Fine: President Obama wants to make this about gun control, not terrorism — but ham-handed editing only calls attention to what you’re deleting, and to Obama’s peevish rules against uttering terms like “radical Islam.”

All the omissions did was make Team Obama look determined to keep its head in the sand about the nature of the enemy.  Even the “explanations” sounded dumb.

The editorial quotes Attorney General Lynch as saying on ABC’s “This Week” that it was not the administration’s intention to “proclaim this man’s pledges of allegiance to terrorist groups, and further his propaganda.”

These are rhetorical questions. For the Post, it’s simple.

The Post wants the administration to properly identify the “enemy.”

“The answer to Islamist jihad is to black out the words?” the paper sneers.

So there we have it. America is facing “radical Islam” and “Islamist Jihad.”

But wait, not so fast. The truth is a few clicks away on the Internet.

Here’s one article on the War on Terror, posted at GlobalResearch.com.

The title: “America Created Al-Qaeda and the ISIS Terror Group.”

Terror attacks or mass shootings allegedly perpetrated by the ISIS, the question that should be asked: who are the State sponsors of  Al Qaeda and the ISIS?

Much like Al Qaeda, the Islamic State (ISIS) is made-in-the-USA, an instrument of terror designed to divide and conquer the oil-rich Middle East and to counter Iran’s growing influence in the region.

The fact that the United States has a long and torrid history of backing terrorist groups will surprise only those who watch the news and ignore history.

The CIA first aligned itself with extremist Islam during the Cold War era … The director of the National Security Agency under Ronald Reagan, General William Odom recently remarked, “by any measure the U.S. has long used terrorism.”

… During the 1970′s the CIA used the Muslim Brotherhood in Egypt as a barrier, both to thwart Soviet expansion and prevent the spread of Marxist ideology among the Arab masses.

Last but certainly not least, there is Al Qaeda.  Lest we forget, the CIA gave birth to Osama Bin Laden and breastfed his organization during the 1980s.

Former British Foreign Secretary, Robin Cook, told the House of Commons that Al Qaeda was unquestionably a product of Western intelligence agencies. Mr. Cook explained that Al Qaeda, which literally means an abbreviation of “the database” in Arabic, was originally the computer database of the thousands of Islamist extremists, who were trained by the CIA and funded by the Saudis, in order to defeat the Russians in Afghanistan.

This is fairly clear, is it not?

Modern wars, like most wars, are actually aimed at domestic middle classes.

The idea is to keep people perpetually frightened and under control.

The Post could have mentioned the truth about the war on terror, but instead the editorial simply repeated anti-Islam propaganda.

But the US built the Wahhabi threat along with the Saudis.

Conclusion: The truth on a variety of subjects is easily available on the Internet. And that’s probably why despite warmongering efforts of editorial boards like the Post’s, the New Crusade against Islam have yet to fully take hold.