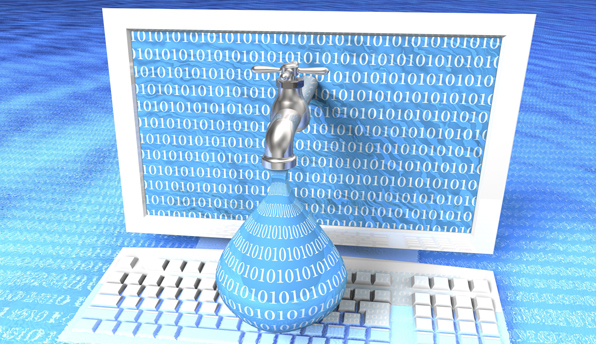 Why 'anti-European populists' won't win big in the European elections … For months EU politicians have been warning us about the upcoming elections for the European Parliament (EP), to be held in May in all 28 member states. European Commission President Jose Barroso recently predicted "a festival of unfounded reproaches against Europe" as a consequence of the EU-wide "rise of extremism from the extreme right and from the extreme left." The media has mostly followed these political messages, publishing countless articles, editorials and op-eds about the upcoming European apocalypse … [But] expect small gains from the far right in May. – Reuters

Dominant Social Theme: Whatever is going on In Europe on the "right" is not very important.

Free-Market Analysis: This is a typical meme expression of the mainstream media regarding what we call the "Internet Reformation."

We've tracked this meme on and off for well over a decade and can say emphatically that as each freedom-oriented advance occurred, various weary justifications were trotted out to explain why a true libertarian movement would not ever take place, let alone convulse Europe.

Editorials mainly stress that "rampant right-wing populism" will make significant gains and the anti-Europeans will become important players in the new EP. Most of these commentators believe that the anti-European camp will gain between one-quarter and one-third of all 766 seats in the EP.

Whatever the exact number of seats, many fear an American scenario, where the "European Tea Parties" could force a shutdown of the EP and, thereby, the EU. These predictions, however, are highly unrealistic and seldom substantiated by logic.

… Why are predictions about the far right's ascendancy so wrong? In part, because they are born out of the erroneous assumption that economic crises lead to big electoral gains for anti-system parties.

This theory is based on the specific case of Weimar Germany, in which Adolf Hitler's Nazi Party won big during the Great Depression and entered a coalition government, which ended democratic rule. Weimar Germany was the exception rather than the rule, however.

What is wrong with THIS article, as with all mainstream articles reporting on the rise of alternative political parties in the US and Europe – in the West generally – is that we are not dealing with a political movement but an expression of cultural dissatisfaction fueled by an exploding knowledge base.

We know because we've been watching this movement grow. It is fueled by the information on the Internet, which has reached tens of millions in the West. Today, the feedback queues of even the most mainstream media are crammed with comments that reveal considerable irritation with "business as usual."

Even 15 years ago you would have been hard-pressed to find a debate in a single prominent publication that dealt with issues of monetary history, but today they are everywhere … certainly in the alternative media.

It is true that these debates are not so prevalent in the mainstream, even though they find expression in feedback queues. In fact, this may be one reason that mainstream publications are insisting on ever more severe vetting of feedback contributors.

But no matter. The knowledge is disseminated. All that is left is damage control, and that has been ongoing, though ineffective.

From a political standpoint, it was Ron Paul who made the difference initially. When Congressman Ron Paul began to run for President – first in 2008 and then in 2012 – it caused a gradual but increasingly powerful mainstream media convulsion … like a boa constrictor trying but failing to swallow an overlarge prey.

Perhaps the turning point for Ron Paul came during one of the Republican debates when he stood against the other candidates on the podium and declared that it was fairly simple to reverse US engagement in foreign wars. "We just marched in so we can just march out," Ron Paul said.

He was roundly criticized by others on the podium, but polls following the debate showed that Paul had won among viewers. And these polls were replicated in other debates.

In 2012, Paul did even better than in 2008. At one point, it looked as if he might end up with the nomination. Instead, through a combination of repressive rule changes and outright violence, Mitt Romney – the mainstream choice – eventually gained the nomination.

Romney went on to lose, predictably, but by then the US libertarian Tea Party was an established movement, thanks in large part to the trailblazing of Ron Paul.

The Tea Party, too, was attacked by the mainstream media, and centrist Republicans as well. But despite regular projections of its demise, the movement has continued and expanded to the point where it is influential in Congress – and even setting the agenda in many ways.

Meanwhile, a movement similar to the Tea Party had gained prominence in Britain. Called UKIP and led by Nigel Farage, UKIP took a determined stand against the European Union and was roundly ridiculed by the mainstream press.

But instead of fading away, UKIP has become more of a political factor and other movements – with lesser or greater libertarian elements – are emerging in Europe. These also will be ridiculed or dealt with by the mainstream media as if they are unimportant but, in fact, they will surely grow over time.

We know this from observing the aftermath of the Gutenberg press. The elites of the day used copyright laws along with economic and military disruptions to try to reduce the impact. But nonetheless, information continued to spread, causing massive changes in the sociopolitical and economic scene.

False flags were a popular tool, as well. In this case, individuals were raised up to represent trends of the day – individuals who were really controlled by elites in the shadows. We see this in the modern day, as well, and have discussed it on occasion. And yet … again, does it matter? This information-oriented movement will run its course in a time of its own choosing.

No, there is not much that can be done to terminate the Internet Reformation. There are many changes to come and some of them doubtless will be most significant and will support increased freedom.

Let the scribblers scribble. History is not contained by newsprint – or even the electrons of the mainstream media.