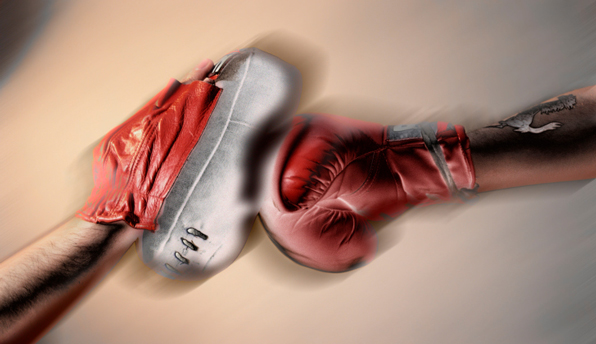 New Snowden Doc Reveals How GCHQ/NSA Use The Internet To 'Manipulate, Deceive And Destroy Reputations' … A few weeks ago, Glenn Greenwald, while working with NBC News, revealed some details of a GCHQ presentation concerning how the surveillance organization had a "dirty tricks" group known as JTRIG – the Joint Threat Research Intelligence Group. Now, over at The Intercept, he's revealed the entire presentation and highlighted more details about how JTRIG would seek to infiltrate different groups online and destroy people's reputations – going way, way, way beyond just targeting terrorist groups and threats to national security. – Techdirt

Dominant Social Theme: We're from the government, and we're here to help.

Free-Market Analysis: We've been writing about the creeping (galloping) authoritarianism of Western governments for years now. But we've tried to be careful because of the import of what's taking place. It's not easy to overstate it, but at the same time, one can easily be branded as an alarmist.

It is very difficult to perceive how thoroughly the Western power elite controls the rest of the world. But it probably does. That includes Asia and Russia, too.

There is a school of thought in the alternative media that the ChiComs and especially Vladimir Putin are heroic figures, standing up to Western fascism. But there are reasons to believe that people like Putin are put in place with the tacit approval of Western power.

Mao's Red regime was similarly established. There are plenty of legitimate reports to be found that make it clear that internationalist forces in the West wanted Mao to run a communist government in Asia. The West, in other words, runs the world. Or to be more specific, globalists who want to expand Western domination. These globalists are far more scared of domestic opposition than they are of foreign interference.

Here's more on the domestic manipulation:

Among the core self-identified purposes of JTRIG are two tactics: (1) to inject all sorts of false material onto the internet in order to destroy the reputation of its targets; and (2) to use social sciences and other techniques to manipulate online discourse and activism to generate outcomes it considers desirable.

To see how extremist these programs are, just consider the tactics they boast of using to achieve those ends: "false flag operations" (posting material to the internet and falsely attributing it to someone else), fake victim blog posts (pretending to be a victim of the individual whose reputation they want to destroy), and posting "negative information" on various forums.

For years, people have said that the purpose of groups like the NSA and GCHQ were merely "signals intelligence," which were about understanding and decoding signals, not about taking any sort of offensive standpoint. However, as the Snowden docs have repeatedly revealed, the mandate of these organizations has long been much more offensively based, and they seem to have little problem with using questionable tactics to destroy people's lives.

… This isn't just about infiltrating terrorist organizations. They seem to be using these kinds of techniques on just about anyone they dislike, which harkens back to the Hoover-era FBI infiltrating and seeking to discredit anti-war groups. It also raises very serious questions about whether these efforts are being used to stifle political expression.

That this sort of information is being posted at fairly well-known alternative media websites is certainly helpful. People ought to be aware that their worldviews are misinformed and that the facilities they trust are not in aggregate trustworthy.

The West these days is evidently and obviously managed by military and civil police. The strategy for control is plotted by Anglosphere black-ops groups and is surely approved of by the concentrated familial and executive forces of globalism. The goal is ever-closer global governance, including a single currency and a single central bank.

The brain trust is located in the City of London, in Washington DC, in the Vatican and, sooner or later, we would tend to believe in Jerusalem. All four of these locations are intended to be fully independent city-states, not partaking of the laws and regulations of the surrounding regions.

It is ironic, of course, that Snowden's revelations may be planned – as we have pointed out in the past. The top elites needed a "whistleblower" … otherwise, how would people know the full extent of their surveillance? The intention is always intimidation. People are meant to feel watched. They are supposed to feel so wretched that they will police themselves. They will not need a PC police. They will become it.

Nonetheless, we tend to believe that all the above will be for naught. What we call the Internet Reformation broadcasts elite manipulations regularly now. People feel cowed, yes … but they also tend to act. They are not merely victims anymore.

This is a significant change, and one that it is important to emphasize. Elite manipulations do work well most of the time. But not in the teeth of an information revolution. From what we can tell, it took the power elite up to 400 years to begin to regain control they'd lost because of Gutenberg book printing. And we would tend to believe they've lost control similarly today.

People often talk of violent rebellion but this rebellion will be an internal one. It will include a legitimate decision by many to forego participation in an increasingly insane system. It's happened before.

We have written before of our suspicions that ancient peoples like the Maya simply walked away from their "great civilizations" when the priestly sacrifices and royal warring simply became overwhelming. Their descendents can still be found living happily on farms and in the jungle.

These people – like Native Americans – made the decision to live in decentralized communities that would be relatively immune to the pressures of elite control. These are personal decisions and not novel ones. The Internet Reformation and the alternative media are laying the groundwork even now.