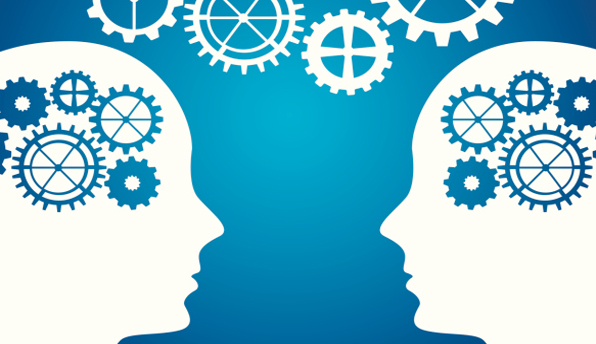 Republicans want to control, not end, the Fed … The Republicans' latest plan to rein in the Federal Reserve is, to damn it with the faintest of faint praise, their smartest yet. But it's still nowhere near convincing. It might be hard to believe, but Republicans weren't always so suspicious of the Fed's efforts to revive the economy. As Paul Krugman points out, you only have to go back to the last time a Republican was in the White House to see that they thought "aggressive monetary policy can reduce the depth of a recession." That's changed, though, during the Obama years. Now they think the Fed has gone too far, and compromised its independence in the process. Paul Ryan, for example, has said that the Fed's bond-buying "looks an awful lot like an attempt to bail out fiscal policy," and called for a commodity-based standard to replace our fiat one. That's just a hop and a skip, forget the jump, away from an outright gold standard—a barbarous idea whose time will never come again. – Wonkblog, Washington Post

Dominant Social Theme: The Federal Reserve must be allowed to breathe. Republicans need to calm down.

Free-Market Analysis: This is an interesting article because it shows clearly that controlling the Fed's business practices is a kind of non-starter. Reining in Fed behavior won't make a real difference.

The article revolves around a Republican proposal having to do, in part, with restricting the Fed's mandate to just price inflation – rather than inflation plus employment. The target is quantitative easing, which monetary "hawks" believe has set the stage for massive inflation of this sort.

The idea, apparently, is to come up with a mathematical variant of the so-called Taylor Rule that Fed officials have used to help them figure out monetary targets.

But they're wrong. Former Bush adviser Greg Mankiw points out that, because inflation has been below target, the Fed probably could have justified its bond-buying even with only an inflation mandate. So Republicans need an even more restrictive plan if they want to handcuff the Fed.

And that plan can be summed up in three words: the Taylor rule. Now, before we get to the details of the proposal, here's a little background. The Taylor rule itself is something all monetary economists have used since Stanford professor John Taylor proposed it in 1993. It's just a formula that says how the Fed should set interest rates based on inflation, and, to simplify a bit, unemployment.

… Republicans want it to be the only word, or close enough to it. Specifically, they want to force the Fed to pick a mathematical rule for setting interest rates. The Government Accountability Office would then audit the Fed's decisions to make sure it was, in fact, following its own rule.

And the Fed would have to explain to Congress 1) why it ever deviated from its rule, and 2) why its rule deviated from the Taylor rule, if it did. This isn't just a ham-handed attempt to intimidate the Fed from doing what it thinks it should. It's also bad policy.

… The Taylor rule doesn't work when interest rates are zero … In the aftermath of the 2008 crisis, the Taylor rule said rates should have been -7 percent, but, in the real world, the Fed couldn't cut them below zero.

What should the Fed do when the zero bound prevents it from setting rates where the Taylor rule says it should? Well, one answer, as you might have guessed, is quantitative easing. Another is forward guidance. But Taylor—the man, not the rule—has been a vocal critic of both.

So it seems that committing to the Taylor rule the way he and Republicans, whom he advises, would have wanted would have meant much tighter money. Maybe not enough to turn our Great Recession into a full-on Great Depression, but at least enough to turn us into Europe.

The article goes on to proclaim that "Policymakers need flexibility" because the world is "changing" and continues to change. Telling the Fed what to do without giving officials any possibility of doing otherwise will only result in bad policy and slower growth.

Given that many have left the labor force or are too discouraged to work, a strict application of the Taylor rule might aggravate an already difficult economy.

The article concludes that using a numerical boundary to restrain the Fed is better than some previous Republican suggestions. In fact, the real takeaway here is that mainstream Republican legislators are nowhere near internalizing the idea that one cannot artificially "fix" the price and volume of money.

Of course, throughout modern history, there have been various efforts to define a "natural rate" of interest. But these definitions always rest on other factors, such as the rate of savings and the demand and supply of capital. And these elements are endlessly distorted by central bank money printing.

You won't often read about this criticism but it is one we try to make regularly. A common assumption of mainstream economists is that the "economy" needs to be manipulated by central bankers in order to return to normal growth patterns. But there IS no normal economy in a monopoly fiat money environment.

During central banking hyper-booms, whole industries may be created and flourish. During the inevitable busts, these industries may be nearly wiped out. The booms promote hyper-industrialization; the busts impose a kind of pauperization.

In a "real" economy – unbounded by regulation and monopoly money printing – different regions would discover their own industrial habitats. Interest rates might fluctuate according to available money stuff (the confidence in a given money) and also from region to region, depending on the natural (and usually mild) business cycle.

One of the most terrible things about the globalization of finance, money and industry is that it homogenizes booms and busts. There is literally nowhere to go. As economic centralization continues, these cycles will only worsen.

These days in the West – and certainly in Washington – Republicans are sure they can mandate a technocratic interest-rate rule that will restrain the Fed from doing inordinate damage to the economy. Ironically, Democrats argue for more flexibility and less government interference regarding money. This would be admirable from a free-market standpoint except that they are arguing on behalf of a MONOPOLY facility.

As usual, both parties get it wrong – and surely their arguments are replicated elsewhere in the West. The determined assumption is that central bankers can get it right if they just discover the proper inputs.

There is only one solution to monopoly central banking: Get rid of it. Let money competition discover the "natural" rate of monetary inflation and interest rates as well. This argument precludes a monopoly, state-run gold standard as well.

The political conversation in the West would be inestimably advanced if it were acknowledged that the market itself must discover the appropriate value and volume of money. This seems to be a very difficult insight for otherwise intelligent policy-makers to internalize, even though such a realization is commonplace when it comes to price discovery in areas other than money.

The resistance is so powerful that an unbiased observer must surely come to the conclusion that there are other factors at work including, logically, what has been called "money power," which is certainly a form of intimidation.