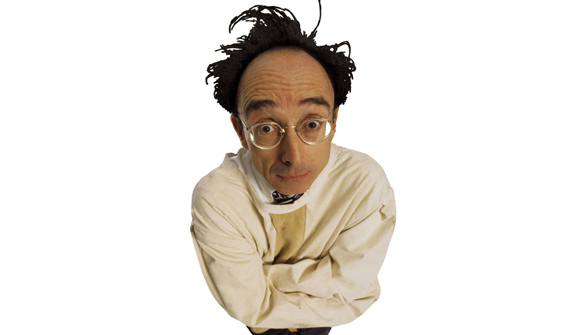 BlackRock Chief: Markets Will Be ‘Fine’ … The boss of the world’s largest money manager said financial markets will be “fine” over the next year despite a sharp downturn early in 2016 … BlackRock Inc. Chairman and Chief Executive Laurence Fink said in an interview … that the market is “going through a correction phase and is doing it rapidly.” – Wall Street Journal

Free-Market Analysis: We can see from the above excerpt that Laurence Fink sees the current sell off as simply a cyclical event, the turning of the business cycle. The interview took place a week ago, but doubtless his sentiments remain the same. This is not a man who will change his mind based on serial volatility.

Fink certainly has reason to remain calm when faced with a stormy investment environment. The firm is doing astoundingly well, reporting $54 billion “in long-term net inflows during the December quarter, and 2015 long-term net inflows of $152 billion.” How much does the company manage? An almost impossible-to-fathom $4.65 trillion.”

“Could we still see further erosion in the near term?” he added, “Sure.” But “over a 12-month period I think the markets are going to be fine, probably higher from where they are today.”

A key contributor to recent weakness is the behavior of consumers around the world, Mr. Fink said.

Fink is concerned that households aren’t spending the money they’ve saved from lower oil and commodity prices. This lack of spending may be aggravated, he believes, by baby-boomer concerns regarding retirement savings.

“We always knew we were under-saving as a country and we knew it would be a problem in the future.” Fink is quoted as asking, “Could the future be today?”

Fink is also concerned about the new Securities and Exchange Commission proposal last year for increased mutual fund liquidity requirements. It would seem that regulators want to ensure that funds have cash on hand for investor withdrawals.

In the article, Fink questions whether the increased liquidity requirements would have a negative impact on funds available for investments. He was not enthusiastic about the tradeoff, but otherwise, Fink is in the optimist’s camp at a time when eroding markets are unsettling most, including investment pros.

MarketWatch recently posted an article interviewing Marc Faber, editor of the “Gloom, Doom & Boom Report” who believes markets could drop as much as 40 percent or more.

Faber, who will be featured in Sunday’s Daily Bell interview, believes gold is rapidly becoming a safe haven of choice at a time when the world economy faces a renewed liquidity and debt crisis.

Faber says investors would be prudent to diversify into safe haven in gold bullion which has risen 3% this year and is currently at $1,096 an ounce.

He recently told MarketWatch that the stock-market downturn could result in stocks hitting lows not seen in five years. Faber warns that the S&P 500, which fell to 1,881 yesterday, could drop to its 2011 low below 1,200.

Bearish forecasts for oil now feature an astounding bottom of US$20 per barrel, an eroding price that Faber interprets as a lack of world demand that indicates a “shrinking global economy.”

And Faber has blunt words for central banks, explaining that what seems reasonable and even obvious now may be rearranged by “the madness of central bankers.”

Faber has criticized so-called quantitative easing and zero interest rates that have generated a huge increase in sovereign and consumer debt. He believes the amount of debt in which the world is now awash has created a “new and worse global debt crisis.”

What Faber calls the “madness” of central bankers is their determination to counter every economic downturn with torrents of monetary liquidity. This Keynesian approach to economic prosperity – that money stuff itself creates prosperity – is increasingly disproven by results.

What is confusing about Keynesian money printing is that it seems to work over significant periods of time because it boosts securities prices and gives people the appearance of economic progress.

But over decades, markets and the “real” economy increasingly diverge since paper profits do not translate into significant, ongoing growth. Eventually, people do begin to wake up to theoretical dysfunction of Keynesianism when the divergence becomes extreme and markets inevitably grow chaotic.

Perhaps the last time it happened was during the Great Depression. Then, people decided the system simply didn’t work very well, and the massive discontent threatened the underpinnings of the Keynesian system and even regulatory democracy itself.

The looming chaotic “reset” was snuffed out by World War II, a ruinous cataclysm that effectively placed the entire West – and then the world – under martial law.

We are certainly seeing signs of increased international warfare today. War begets emergency powers and those powers can be used to suppress dissent and maintain the status quo, no matter how dysfunctional it is.

That France has recently declared a national “economic emergency,” is probably no coincidence. France’s economy has been highly controlled for decades and probably more than most Western states France lacks the requisite vitality to combat the growing, global economic cataclysm.

Authoritarianism is always the answer to previous authoritarian dysfunction, just as increased debt-based money printing is the answer to economies that are already struggling to surmount mountains of consumer and sovereign debt.

Trees do not grow to the sky and societies cannot sustain an endless expansion of authoritarianism any more than they can survive endless currency debasement.

Is Mr. Fink wrong in his assessment that the current downturn is merely business as usual? At some point the system itself has to fracture. War, greater economic dysfunction or actual social chaos is going to occur, or perhaps all three.

Do not call such an evolution anarchy, however, which is merely the absence of government. What we are witnessing, increasingly, is the brutal takedown of once rational and prosperous cultures. It is very difficult – impossible, really – to look at the current system and believe it evolved without meticulous planning and careful calculation.

If one is able to conclude that what is happening today is a logical outcome of systemic dysfunction, then personal and familial solutions will begin to emerge. We have discussed them at some length within these pages and suggest that readers familiarize themselves generally with the “prepper” ideas that populate the alternative media.

Conclusion: Preparing for social dysfunction via the physical acquisition of precious metals, farming property and other forms of commodity investing is surely prudent. Yeats once wrote, famously, “Things fall apart; the centre cannot hold.” Bear in mind that societies do run down and even collapse. It can happen again.