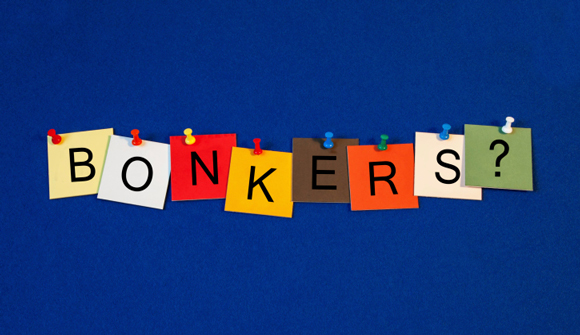 Twitter Surges in Trading Debut After $1.82 Billion Share Sale. Twitter Inc. jumped 73 percent in its trading debut, as investors paid a premium for its promises of fast growth. The stock rose to $44.90 at the close in New York from the initial public offering price of $26, delivering the biggest one-day pop for an IPO that raised more than $1 billion since Alibaba.com Ltd. debuted in 2007, according to data compiled by Bloomberg. Twitter sold 70 million shares, raising $1.82 billion. – Bloomberg

Dominant Social Theme: Twitter deserves its valuation, as Bloomberg has made clear. Like General Motors and General Electric before it, Twitter provides a metaphor for the US economy. It's all about the messaging now.

Free-Market Analysis: IPOs sometimes catch the spirit of the times and Twitter certainly did. A company that allows people to send out tiny messages to lots of "followers" is worth US$25 billion or so based on yesterday's IPO.

The company sits on the Big Board where Ford sits, where General Motors saw glory days, where General Electric presented itself to shareholders as one of the pre-eminent manufacturers of the day.

We're not big fans of current technocratic corporatism, but we can't help but notice the difference between today's IPOs and yesterday's. Yesterday's IPOs were industrial companies that created goods and services. Today's multinationals seem far more ephemeral in terms of what they do.

We use Twitter and are even in a sense fans of the service. But we also have to ask: How much gets said on Twitter that could not be provided in other ways, via mail, for instance?

The microblogging website picked a price that valued it higher than Facebook Inc. and still drew more interest than anticipated. The San Francisco-based company, which is unprofitable and has one-fifth as many users as Facebook, is benefiting from investors' thirst for companies that will grow quickly in expanding markets like mobile advertising.

… Any price over $40 reflects "hype" and makes Twitter too risky of an investment, said Jeffrey Sica, president and chief investment officer of Sica Wealth Management LLC in Morristown, New Jersey. "I anticipated a very strong open, but when you start to approach these levels this is absolute froth," he said. "There is nothing supporting this range. I think this is just way, way above what realistically we should be considering a stable open." Brian Wieser, an analyst at Pivotal Research Group in New York, downgraded Twitter to a sell rating with a $30 price target.

"If you've got it, sell it," Wieser said in an interview. "If there are willing buyers who have a view of the business today that gets them comfortable with this valuation then those people should hold it, but I can't get there, and I'm not recommending my clients to hold it."

The offering caps a journey for Twitter from a niche short-messaging service to a global social-media platform for celebrities, politicians and others. Twitter still needs to deliver on its business model. Twitter's loss widened to $64.6 million in the September quarter from $21.6 million a year earlier, and it is unlikely to be profitable until 2015, according to the average estimate of analysts surveyed by Bloomberg.

LinkedIn and Facebook were both profitable at the time of their IPOs. While Twitter's revenue has surged, reaching $534.5 million in the 12 months that ended Sept. 30, user growth is slowing, filings show. The service had 231.7 million monthly users in the quarter that ended in September, up 39 percent from a year earlier. That compares with 65 percent growth in the prior year.

Twitter has been touting its engagement with mobile users, where other Web companies have struggled. About three-fourths of Twitter's active users accessed the service from mobile devices in the three months ended in September, compared with 69 percent in the year-earlier period, according to the filing.

Twitter is a success, for now, anyway; but the United States is a mess. Some 50 million are on food stamps while the country's military-industrial complex pursues 50 or more military struggles, large and small, many that are not publicized.

The US's many intel agencies are spying nonstop not only overseas but at home, as well. Homeland Security, which recently purchased 1.5 billion hollow point bullets, has identified libertarians and constitutionalists as quasi-public enemies. One is reminded of J. Edgar Hoover's famous statement, made when someone queried him about justice within the US system of jurisprudence. "It's not about justice," he snapped. "It's about maintaining law and order."

Similarly, the US economy doesn't seem to be about creating jobs or industrial goods anymore. The unemployment rate apparently hovers at 20 percent according to some estimates; there is considerable but unreported price inflation. US fiscal and monetary levers seem incapable of addressing the situation. One is put in mind of Carl Sandberg's great poem, "Chicago." It starts like this:

HOG Butcher for the World,

Player with Railroads and the Nation's Freight Handler;

City of the Big Shoulders

The idea of the US as a brawling, entrepreneurial, anything-goes industrial country is long gone. The US today is over-regulated, over-taxed and over-securitized. Its largest industries operate either in the financial or military-industrial sectors. Its highest profile exports are weapons.

Facebook, Wall Street's previous darling, is another de-industrialized facility. Built on stealing data from its own clients and turning such data over to advertisers and US intel agencies, Facebook apparently received considerable start-up funding from the CIA, as did another huge Internet firm, Google.

Wall Street relentlessly drums up interest for Internet startups. But much as pop culture distracts people from underlying and more serious issues, so Wall Street's hucksterism redirects people's perspective away from the historical reality of the meaningful enterprises.

It is about to get worse. As we have pointed out, the IPO pipeline is filling up with technocratic solutions to global warming and climate change even though the science regarding these two "problems" is controversial, indeed.

But in the modern era, the validity of an enterprise is not so important as whether it conforms to an elite dominant social theme. This is the age of promotion and Facebook and now Twitter show us clearly how Wall Street is being used to change business expectations.

In the near future, we fully expect to be deluged – bombarded – with unnecessary energy inventions, methodologies for capturing carbon that does not need to be gathered and exploding electric cars.

Wall Street is embarking on a party! We've written about it numerous times. Afloat on a sea of money-from-nothing, Western – and Asian – stock markets could go higher still. In the process, bankers and brokers shall monetize companies that conform to elite memes but have little else to recommend them.

Of course, fortunes may be made nonetheless, and savvy readers of The Daily Bell may also partake. The Twitter IPO shows just how powerful Wall Street monetization can be. But find yourself a good guide and don't fool yourself about modern capital markets: full of sound and fury but signifying nothing.