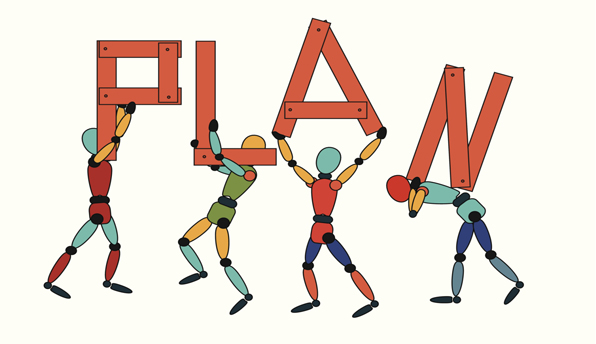 The dollar's 70-year dominance is coming to an end … Within a decade, greenback's could be replaced as the world's reserve currency … The dollar's hegemony continues to be cemented by the operations of the International Monetary Fund and World Bank. Founded at Bretton Woods, they're both Washington based, of course, and controlled by America, despite some Francophone windowdressing. The advantages this system bestows on the US are enormous. "Reserve currency status" generates huge demand for dollars from governments and companies around the world, as they're needed for reserves and trade. This has allowed successive American administrations to spend far more, year-in year-out, than is raised in tax and export revenue. By the early Seventies, US economic dominance was so assured that even after President Nixon reneged on the dollar's previously unshakeable convertibility into gold, amounting to a massive default, dollar demand kept growing. So America doesn't worry about balance of payments crises, as it can pay for imports in dollars the Federal Reserve can just print. – UK Telegraph

Dominant Social Theme: The dollar is going down. An unavoidable tragedy.

Free-Market Analysis: This pernicious elite meme amply illustrates what we call directed history. In this case endless articles are appearing to explain why the dollar is in terminal decline as the BRICS (including South Africa) are ascending.

We last wrote about this issue here:

Don't Be Fooled by Transcontinental Rivalries

Last week, seven decades on from Bretton Woods, the governments of Brazil, Russia, India and China led a conference in the Brazilian city of Fortaleza to mark the establishment of a new development bank that, whatever diplomatic niceties are put on it, is intent on competing with the IMF and World Bank.

… The new BRICs Development Bank, modelled on the IMF, will have a $100bn currency reserve available to lend around the world, giving distressed debtor nations an alternative to the "Washington consensus". For a long time, the BRICs have been paying in to the IMF, yet been denied additional influence over what happens to the money. Belgium has more votes than Brazil, Canada more than China.

The institutions governing the global economy have failed to keep pace with reality. Modest reforms giving the large emerging markets more power, agreed with much fanfare in 2007 and again in 2010, have been stalled by Washington lawmakers. The BRICs have now called time, setting up their own, rival institution based in Shanghai.

The key to the dollar's future is petrocurrency status – whether it's used for trading oil and other leading commodities. Here, too, change is afoot. China's voracious energy appetite and America's increased focus on domestic production mean the days of dollar-priced energy look numbered …That would undermine the US Treasury market and seriously complicate Washington's ability to finance its vast and still fast-growing $17.5 trillion of dollar-denominated debt.

… Although the dollar's reserve status won't end overnight, the global payments system is now moving inexorably towards that outcome. The US currency accounted for just 33pc of all foreign exchange holdings in 2013, on IMF numbers, down from 55pc in 2001. Within a decade or so, a "reserve currency basket" may emerge, with central banks storing wealth in a mix of dollars, yuan, rupee, reals and roubles, as well as precious metals.

… The dollar's status is a big question. Judging the outcome is more akin to star-gazing than scientific economics. But the establishment of this BRIC Development bank, timed to coincide with the anniversary of Bretton Woods, is an audacious and significant move. The world's emerging giants now have thumbscrews on the West.

This is a serious article in a serious paper and the announcement at the end that "the world's emerging giants now have thumbscrews on the West" is a momentous statement.

Reading the article, the demise of the dollar seems both evident and inexorable. And yet, having lived through the period that has yielded this conclusion, we are in a position to say with some authority that the end of the dollar is a manipulated occurrence, not an inevitable one. It is directed history, in other words.

You have to begin with the nomenclature itself. The name was coined by a banker at Goldman Sachs over ten years ago and eventually gave rise to a rivalry – created to begin with by the mainstream media – between the BRICS and the West.

Once the name was applied, it became logical for the four (five really) emergent economic powers to create various economic policies in concert with one another. In reality, there was no reason why Brazil would consult with Russia, or India with Brazil. It only seemed logical because the name predicted the outcome.

Take a step back, please, and observe the dialectic. That's how globalist elites work, by creating conflicts that move a given argument or sociopolitical strategy forward. Sometimes the dialectic is accomplished via a war. Other times, it is created via supposed economic necessity.

Of course, the necessity in such cases is manufactured; and we would argue that is the case when it comes to this suddenly polarized economic world. Just look at this:

… Although the dollar's reserve status won't end overnight, the global payments system is now moving inexorably towards that outcome. The US currency accounted for just 33pc of all foreign exchange holdings in 2013, on IMF numbers, down from 55pc in 2001. Within a decade or so, a "reserve currency basket" may emerge, with central banks storing wealth in a mix of dollars, yuan, rupee, reals and roubles, as well as precious metals.

This is simply too neat. The alternative media has been predicting this outcome for decades, virtually ever since Keynes suggested his globalist bancor after World War II. But now that this "global payment system" is almost a reality, we're supposed to believe it is merely an "inexorable outcome."

In the US, the Obama administration is fragmenting the border between the US and Mexico. Waves of immigrants are sweeping into the US as part of what is shaping up to be the seeming deliberate implementation of a North American Union that is eventually supposed to encompass Canada as well.

The US stock market is being shoved into the stratosphere in order to create what we call a "Wall Street Party" that will create enormous faux-prosperity before a destined crash. But the crash itself will simply add more impetus to monetary globalism. Out of chaos … order, in this case an international money-regime.

For a decade, this Internet Era has revealed the plans of internationalist bankers in more and more detail. Every significant monetary or military event points the way toward this ongoing consolidation. That's why articles like this one in the Telegraph are so surprising. We can see clearly that the dollar's destabilization was a manipulated event, one that the Bush regime pursued through several regional wars and a plethora of "security" spending as they secured the fundaments of a massively expensive surveillance state.

There was nothing natural or inevitable about any of this. The concept of the BRICS was created by Goldman Sachs; its evolution is convenient, even suspicious. The dollar's destabilization was an act of political orchestration as well. And now we are to believe that a "reserve currency basket" is the obvious destination.

If it is destiny, it is a manipulated one.