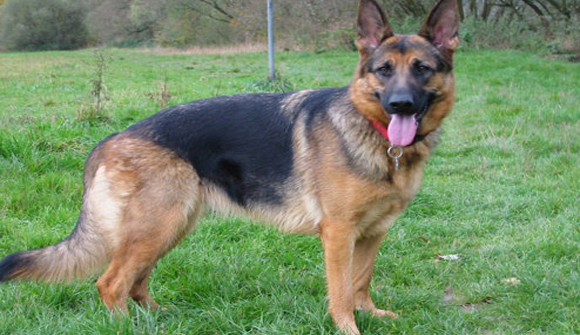 Lex the police dog from central Illinois is far from top dog in drug-sniffing skills.

That's the core finding of a potentially influential new ruling from the 7th U.S. Circuit Court of Appeals, which considered the question of how much police should rely on their K-9 partners to justify searches when a dog's own competence, as in Lex's case, is itself suspect.

The opinion stems from an appeal by Larry Bentley Jr, a St. Louis man serving 20 years in prison for drug possession. He argued the 20 kilograms of cocaine Bloomington police found in his car during a 2010 traffic stop derived from an illegal search triggered by Lex.

While the court upheld the conviction, it disparaged Lex and suggested it might have considered tossing Bentley's conviction if police had relied solely on Lex's nose.

"Lex is lucky the Canine Training Institute doesn't calculate class rank," a 15-page opinion said. "If it did, Lex would have been at the bottom of his class." – Chicago Tribune, July 29, 2015

Dogs may be man's best friend, but they do make mistakes. Lex, an Illinois drug dog, signals drugs are present in 93% of his searches. Yet searches by human officers find Lex is wrong some 40% of the time.

A federal appeals court upheld the conviction of a man who had his car searched based on Lex's sniff test, but only because officers had other grounds to conduct the search. Their opinion showed a court with little patience for searches triggered by unreliable dogs like Lex.

The court pointed out, correctly, that Lex's accuracy rate is not much better than a coin toss. Police claim this is misleading because it doesn't consider the times only drug residue is present, or the human officers also miss.

Consider for a moment how ridiculous those claims are. Repeated laboratory tests find traces of cocaine or other drugs on at least 90% of U.S. Federal Reserve Notes in circulation. If Lex alerts on those, then he has already decided virtually everyone is subject to a search for drugs.

Of course, the real solution here is to abolish the insane war on drugs so both human and canine police can focus their efforts elsewhere. Maybe the drug dogs could retrained to sniff out missing persons or stolen cash or … well, almost anything else would be far more beneficial to society.