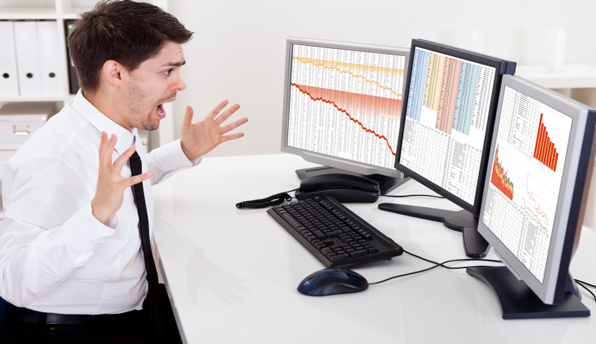 Why Do Investors Make Bad Choices? … For many years, I have studied human behavior, including the mistakes occasionally made by fallible people, including investors. But a few years ago, I made a really dumb investment decision. In a single day, I hit the trifecta, committing at least three classic behavioral mistakes. – Bloomberg/Cass Sunstein

Dominant Social Theme: The stock market is rational and you should be, too.

Free-Market Analysis: Obama supporter Cass Robert Sunstein seems to have one main preoccupation: Expanding the efficacy and scope of government.

Sunstein was previously the infamous Administrator of the White House Office of Information and Regulatory Affairs, and is now the Felix Frankfurter Professor of Law at Harvard Law School.

He is perhaps best known for suggestions that "conspiracy theories" ought to be made illegal, that the Internet ought to be actively censored and that free-speech should be taxed.

When it comes to these controversial stances, Sunstein has claimed at various times that he doesn't recall writing the articles that advanced these viewpoints and that, in any case, his pen was employed at certain times on behalf of his employers.

In this Bloomberg editorial, Sunstein advances the idea that most people fail at investing due to behavioral issues. Behavioral investing is actually "hot" at the moment because it promises a disciplined approach that might be useful.

The year was 2011. The stock market was recovering well from its terrible collapse during the Great Recession, but over a short period it had a series of stumbles. I got nervous. What if it collapsed again? At the time, I was working in the federal government, with a daughter in college, a 2-year-old boy and a new child on the way.

Could I afford to lose a lot of money? Wouldn't it make sense to sell equities and to put the money into a safe, reliable certificate of deposit? Economists know that if you invest in stocks, it makes sense to choose passively managed, highly diversified index funds. I had done exactly that. But seeing a decline in the fund's value, I decided to sell a significant chunk.

I e-mailed Richard Thaler, the great behavioral economist and my co-author on "Nudge," and before proceeding, I asked him whether I would be making a mistake. His response: "Reread our book!" I pretty much knew what he meant, but that was a bit vague for me (our book is long), so I proceeded as planned and sold that significant chunk.

Giving Thaler the news, he exclaimed, "No! 'Nudge' explains that you shouldn't have done that!" The fund is now up about 66 percent from the date I sold it. It looks as if Thaler was right. In fact, a little voice in my head told me, even at the time, that I was acting rashly.

Of the behavioral mistakes to which I fell victim, the first is called "availability bias." Behavioral scientists have shown that if something has happened in the recent past, it is cognitively "available," and people tend to exaggerate the probability that it will happen in the future.

Availability bias isn't exactly irrational, but it can produce big mistakes. The stock market did collapse in 2008, but it doesn't collapse very often, and in 2011 I shouldn't have focused on the risk of another meltdown.

The second mistake involves "loss aversion." People tend to hate losses from the status quo – in fact, they hate them far more than they like equivalent gains. If you suddenly lose $10,000, the distress you would feel would almost certainly be greater than the joy you would feel if you suddenly gained $10,000.

The irony is that if we make our decisions on the basis of loss aversion, we'll end up as big losers … The third bias is called "probability neglect." Human beings tend to focus on worst-case scenarios, especially when their emotions are running high, and not on the likelihood that such scenarios will actually come about.

It cannot be said too often that the best advice, for most people, is boring and simple, so here's a nudge: Have a diversified portfolio, consisting in large part of low-cost index funds, weighted toward equities; add money as you get it, and diversify it as well; keep the cash you need; and otherwise hold steady (and spend a lot of time with the sports pages).

While we might agree with some of the last paragraph, there is little else that we find appealing. That's mainly because behavioral economics doesn't deal with a main market issue, in our view – that modern markets are overwhelmingly manipulated.

Sunstein writes a lot about emotion in this editorial, and his basic point seems to be that one ought to concentrate on controlling one's emotions and diversifying properly.

Of course, this didn't work in 2008 because markets in the US – and the West generally – are subject to authoritarian forces and great booms and busts.

These cyclical surges are often the result of LEGAL manipulations of rates and the volume of money generated by central bank "policy makers."

Then there is, of course, the "plunge protection team" that began under Ronald Reagan's watch and doesn't seem to have been disbanded.

There is also obvious manipulation in the price of gold and silver; most recently Michael Lewis published a book that claimed Wall Street itself was using unscrupulous trading tactics to invalidate market prices by front-running trades and almost instantaneous fills.

Now, Sunstein might discount some of the above as ephemeral price action that a serious investor need not take seriously. But what SHOULD be taken seriously is the "buy and hold" strategy that Sunstein is suggesting.

In fact, a recent Credit Suisse survey of 20th century "real returns" gives us a more complex picture. Here's a summary from the UK's ThisIsMoney website:

Investing in shares, the old maxim goes, is the way to obtain the best long-term returns on investments.

But research published yesterday shows that for many people, the long-term has to be very long-term indeed to guarantee that an investor doesn't lose money.

The latest Credit Suisse global investment returns yearbook [read the full report] demonstrates that unfortunate timing can mean it can take several decades for markets to make up for a period of losses.

Analysing data going back to 1900 shows that there was a period as long as 17 years when investing in American shares showed zero real returns – even with dividends re-invested.

Our solution to market investing has to do with timing and education. Understand as fully as possible the various pressures under which large equity markets operate – especially in the US. Try to understand, as well, elite dominant social themes and trends in central banking monetary policy.

Finally, use this knowledge to anticipate market cycles. There were plenty of people, for instance, who bought gold in the early 2000s because they were aware that a precious metals bull market was evolving.

Today, one can make an argument for stock investments based on the continuing upward pressure that the elites are putting on the market – almost as never before. One can also approach the market from a hedged perspective; one that reduces potential profits, but also losses. Finally, one can attempt to "time" the market, especially given the current availability of pre-IPO companies.

Most buy at the top and sell at the bottom because they are worried about losing most or all of what they have invested. And they are right to worry. In our view, markets are obviously rigged and the globalists doing the rigging seem to be planning for an eventual market debacle that will provide a justification for a broad reshaping the of West's securities industry.

Teach yourself about business cycles, central bank biases and monetary inflation. Learning to control one's emotions is a laudable activity, but investing in the modern era is more complicated than that.

Making money in these markets is more about a free-market financial education than emotional control.