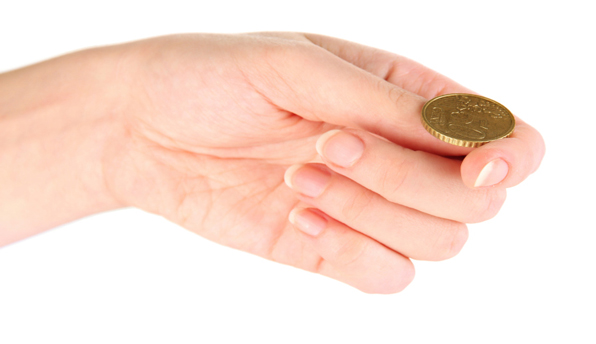 Heads or Tails? Either Way, You Might Beat a Stock Picker … Imagine a world where investors in the stock market have no skill whatsoever. The investors themselves don't understand this, however, and many truly believe that they are good at what they do. But in this thought experiment, there's no doubt about the underlying reasons for fund managers' success: When they turn in an outstanding performance, it's just a matter of dumb luck. What would stock fund managers' performance numbers look like in such a universe? Very much like the world we live in now, but with an important difference: Over the last five years, actively managed stock mutual funds have performed even worse than would have been predicted if the fund managers were flipping coins instead of picking stocks. – New York Times

Dominant Social Theme: The brilliant insights of modern investment theorists explain the market to us if we only listen.

Free-Market Analysis: Here is an article that probably has been written to remind people that it is possible to approach the stock market rationally using the tools provided by Great Minds.

The subtext of the article is the efficacy of modern portfolio theory, which we shall see is questionable indeed.

The article is self-congratulatory nonetheless.

The real-world statistics to which I'm referring were contained in a recent S.&P. Dow Jones Indices study that I summarized in last week's column. But as many astute readers observed in emails, tweets and phone calls, I didn't say how mutual funds would have fared if their performance had been a matter of pure chance — a random draw, as statisticians sometimes call it.

"The results were actually very close to what you'd find in a random draw — or a series of coin flips, except they were a little bit worse," William D. Nordhaus, a Yale economics professor, said in a phone conversation. The empirical data supports the inference that it's wise to use passively managed index funds for the core of most people's investment portfolios, he said, but it doesn't rule out the possibility that some investors excelled for reasons other than dumb luck.

In the real world, he said, it's possible that some rare individuals may actually possess exceptional investment talent. Briefly put, the results of the S.&.P. study, "Does Past Performance Matter? The Persistence Scorecard," were bleak enough on their own. They showed that very few mutual funds were able to consistently outperform their peers, and that those that did so in one given year were likely to be poor performers five years later.

… The dismal results of the real-world fund managers were very close to what Burton G. Malkiel, the Princeton finance professor, once described as "a random walk." "Taken to its logical extreme, it means that a blindfolded monkey throwing darts at a newspaper's financial pages could select a portfolio that would do just as well as one carefully selected by the experts," he wrote in his guide to investing, "A Random Walk Down Wall Street." As a group, managers who ran the 2,862 funds examined by S.&P. Dow Jones Indices didn't do as well as a blindfolded monkey. The hypothetical monkey, or a serial coin flipper, beat them in several other tests, too.

What should we make of this? Paul Samuelson, the late Nobel laureate from M.I.T., with whom Professor Nordhaus collaborated on the textbook "Economics," wrote several influential academic papers that dealt with the issue. In "Challenge to Judgment," a 1974 paper that inspired John C. Bogle to create the first index fund at Vanguard, Professor Samuelson said that deep, liquid markets like the stock market were efficient enough to make short-term investing very much like a random draw. Index funds would be a better choice for most people, he said. Yet Mr. Samuelson also believed that some investors were truly talented — even if they faced steep odds in beating the market consistently.

Any article quoting neo-Keynesian Paul Samuelson is not one we're going to be enthusiastic about. And here he tries to have it both ways: Deeply liquid markets are efficient, he claims, but nonetheless, some truly "talented" investors can beat the market regularly.

Even if the market is only comprised of two people, it will be "efficient" within that particular trading community in the sense that it will generate a price that both participants must agree is fair. Unless a third party enters into the marketplace, the market by definition encompasses all known information. Of course, there is always MORE information to know. When something else is learned, or accepted, prices adjust.

The largest factor in market performance has got to be central bank money printing. When central banks are printing lots of money, markets tend to rise. This is because there is more money available to raise the averages. Additionally, market participants can be influenced by perceptions of continued money printing, which further elevates valuations.

You won't read about this in the Times article. Those behind this sort of article want to provide the impression that markets can be tamed by technocratic methodologies. Just use index funds and you will be better off than the yield seekers chasing after individual opportunities. If only this were the case!

In fact, there is news just yesterday that US household wealth has fallen by a third. And Lord knows what it's like in Europe. US marts bottomed in 2009 and many people – the ones that stayed in – lost up to 50 percent of their investments. Markets are ruled by money printing in the modern era, by booms and busts that index investing cannot entirely ameliorate.

Infuriatingly, those who promote modern portfolio theory never bother to explain that one of the reasons that asset classes outperform individual instruments is because of the ferocity of the central-bank initiated business cycle. Without monopoly fiat money printing, business cycles would be less extreme and the delivery of superior asset-class returns might be lessened as well.

Wall Street has adapted and bastardized modern portfolio theory by promoting asset "diversification" to customers. Clients are urged to select mutual funds from a wide selection. Brokers and planners are then supposed to study returns and mathematically reallocate as necessary.

In truth, there are only a very few firms in the US and perhaps in the world that actually try to apply modern portfolio theory properly. That's because a fund that is to be credibly managed within the context of MPT must do its own research and blend equities with a considerable performance history. If one does not know the performance of equities and their characteristics going back decades, then so-called asset allocation is nothing but a guess.

So it goes. What passes for "monetary science" in the context of Wall Street is nothing of the sort. Even "real" MPT shops don't utilize commodity investments but allocate into treasuries in compensation for poorly performing equities.

MPT – and outgrowths like index funds – are yet another meme, a way of impressing on people that markets can be approached scientifically and there are "big brains" in the academic world that understand how to do this.

But investing is not scientific.

Markets are driven in the modern era by money printing.

There is no explanation for current valuations other than torrents of monetary stimuli.

We call the current environment a "Wall Street Party," and it will last as long as it lasts. But at least we figure we understand what's going on. In the long run people in index funds are going to get pounded just as are people who look for an individual "sure thing."

What DOES work in these markets – currently, anyway – is selective market timing. One has to invest in "hot" IPOs within the context of what the power elite wants promoted. And one always needs to keep in mind that the market is at artificial highs and these can be disrupted by other forces.

All things being equal, this market may travel up for a while longer, perhaps a good while. But don't make the mistake of thinking it is logical or that technocratic approaches – index funds and the like – are any panacea.

Modern investing was invented and structured by the same power elite that has almost terminally damaged Western culture with cyclical economic ruin and serial warring.

These myths of technocracy are nothing more than contributions to a 21st century Dreamtime.