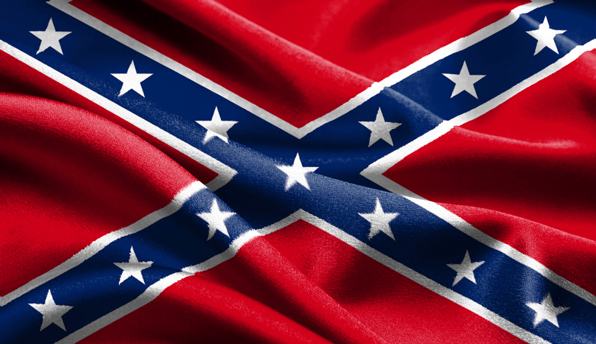 STAFF NEWS & ANALYSIS
The New South: Fighting a Civil War or a Revolutionary One?
By Staff News & Analysis - June 20, 2014

Today's South is boldly moving backward …We used to call it the "New South." That was the era after Reconstruction and before the Civil Rights laws — when the states of the old Confederacy seemed most determined to preserve a social and economic order that encouraged low-wage industrialization as they fought to maintain Jim Crow. What was then distinctive about the South had almost as much to do with economic inequality as racial segregation … But the New South has returned with a vengeance, led by a ruling white caste now putting in place policies likely to create a vast economic and social gap between most Southern states and those in the North, upper Midwest and Pacific region. – Reuters

Dominant Social Theme: The South is a horrible, backwards place.

Free-Market Analysis: This editorial is startling because it marries strong rhetoric to a simplistic view of the US South and its apparently irredeemable backwardness.

The putative reason to write this editorial is because of the publication of a new book that argues that Northern desegregation policies were responsible for Southern "progress" in both political and economic spheres, but that progress is now dissipating.

Using this book as a jumping-off point, the editorial seems to argue that a new "dark age" is descending on the South as that region increasingly rejects progressive Northern sociopolitical solutions.

Between roughly 1877 and 1965, the region was marked by low-wages, little government, short lives and lousy health — not just for African-Americans but for white workers and farmers. Civil Rights revolution and the rise of an economically dynamic Sun Belt in the 1970s and '80s seemed to end that oppressive and insular era. The Research Triangle in North Carolina, for example, has more in common with California's Silicon Valley than with Rust Belt manufacturing. The distinctive American region known as the South had truly begun to vanish.

This is the thesis of economic historian Gavin Wright's new book on the economic consequences of the civil rights revolution, Sharing the Prize. Ending segregation, Wright argues, improved the economic and social status of both white and black workers. The South became far less distinctive as wages and government-provided benefits increased to roughly the national level.

[But] as in the late 19th century, the Southern elite appears to believe that the only way their region can persuade companies to relocate there is by taking the low road: keeping wages down and social benefits skimpy. They seem to regard any trade union as the vanguard of a Northern army of occupation.

Exhibit A is the refusal of every Southern state except Kentucky and Arkansas to expand Medicaid under the Affordable Care Act. Senator David Vitter (R-La.), running to replace Bobby Jindal as Louisiana's governor, made headlines Monday when he announced he would consider adopting the Medicaid expansion.

In 2012 the Supreme Court gave states the right to back out of this part of Obamacare. The South rushed to take this opportunity — despite the loss of billions in federal dollars. Now 5 million poor Southerners are consigned to health insurance purgatory.

… Southern states also keep wages low by neglecting to raise their state minimum wage standards. In the North and West, a movement to dramatically increase wages — to $10, $12 or even $15 dollars an hour — has caught fire. Seattle just mandated a $15 minimum wage that will kick in over the next few years.

…The solid South has returned in full force. Black voters there are overwhelmingly Democratic, whites of almost every income level equally determined to vote Republican. The presence of an African-American in the White House plays a large role in this racial-political polarization on the ground in Dixie.

… The new New South rejects not only the cosmopolitanism of a multiracial, religiously pluralist society, but the legitimacy of government, both federal and state, that seeks to ameliorate the poverty and inequality that has been a hallmark of Southern distinctiveness for more than two centuries. The Civil War has yet to be won.

We've seen other articles along this line recently. The argument can be made that the advancement of the Internet presented the logic of libertarianism to millions of viewers, and in doing so raised the profile of the pre-war South.

This is not especially tolerable to those advancing progressive globalism. Pre-war Southern agrarian republicanism and Northern post-war regulatory democracy are incompatible.

Either one narrative dominates or the other one does. In the 20th century the Northern narrative was the dominant one. But in the 21st century, questions have been raised about virtually every building block of modern society from monopoly fiat money printing to militant and regulatory democracy itself.

We've seen plenty of evidence that the internationalist power elite is trying its best to repossess the narrative. It is a subterranean battle but nonetheless important. Nations and political movements are no stronger than the believability of the narratives they offer. In fact, lacking a believable sociopolitical narrative, modern nation-states are vulnerable to rapid collapse.

In this modern era it is likely that the reemergence of the Southern agrarian narrative is one more challenge that globalism must defeat.

Of course, in order to denigrate Southern agrarian republicanism, the issue of slavery must once more be brought to the fore. In fact, this editorial refers to a Politico article that argues that the millions of small landholders that fought on the side of the South without owning a single slave were victims of a kind of brainwashing by the plantation class.

Apparently, it never occurs to these editorialists that Jeffersonian republicanism was a vital element of pre-Civil War society and that it was precious to many in the South and also in the North.

Slavery of any kind is reprehensible and must be opposed. But it is likely a misstatement to claim that Southern boys in their millions were defending slavery. More likely they were defending their freedoms as they understood them.

"The Civil War has yet to be won," the author exclaims at the end of this editorial. He concludes with the statement that, "The … New South rejects not only the cosmopolitanism of a multiracial, religiously pluralist society, but the legitimacy of government, both federal and state."

If he'd been paying attention, he would not have been surprised, however. There are numerous reasons to be suspicious of a system that is economically ruinous, militarily belligerent and – when seen in the largest context – likely seeks to undermine the nation-state itself in favor of increasing globalism.

One could argue that the resurgence of the pre-Civil War Southern narrative is actually energized by the issue that animated the US revolutionary war.

So we will end this analysis with a more ancient observation: The 'War for Independence' has yet to be lost. It continues today in other forms and regions.