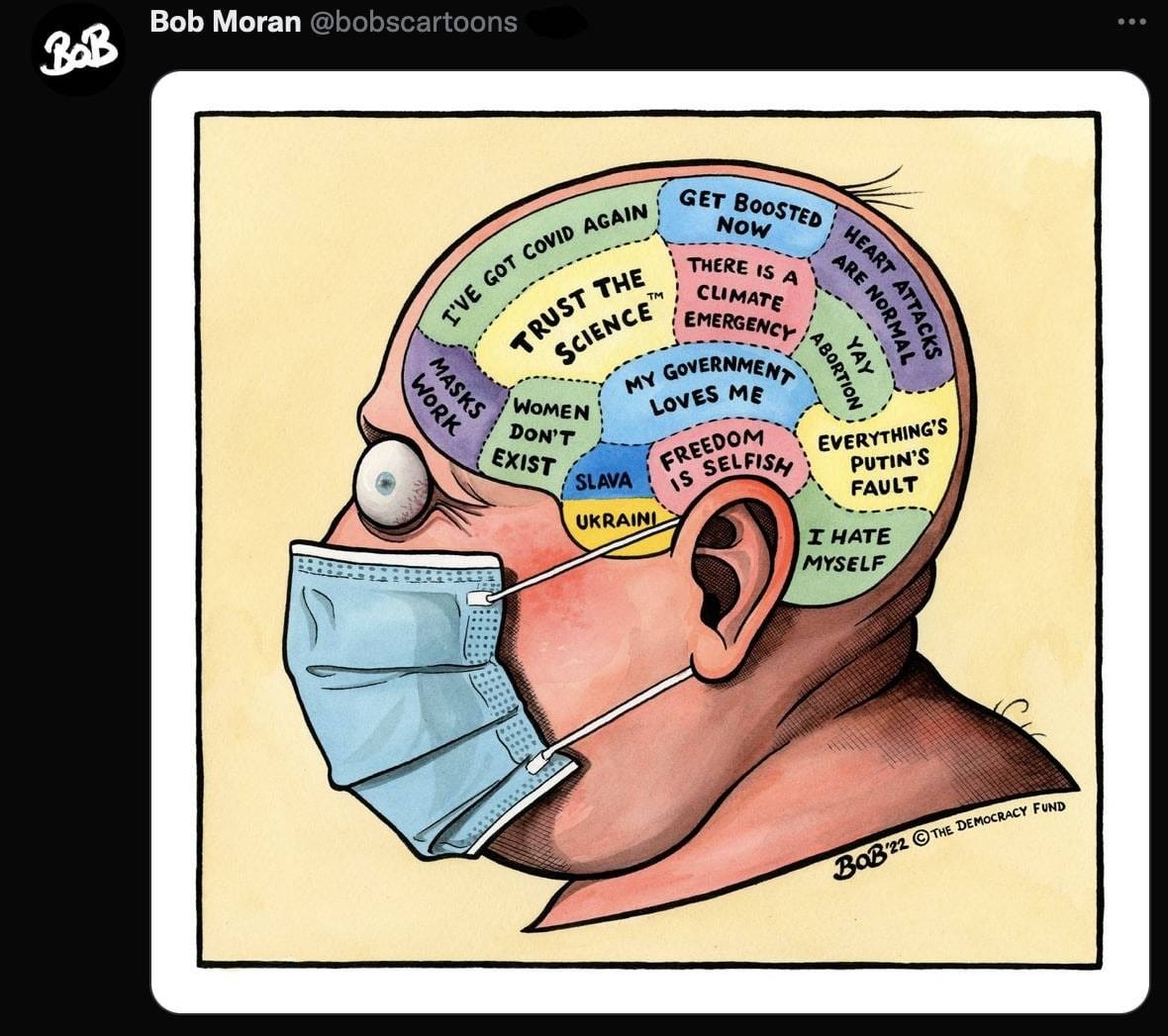 STAFF NEWS & ANALYSIS
The NPC Community: to play or not to play?
By Nicholas Creed - July 19, 2022
Via nicholascreed.substack.com

The term ‘NPC’ stands for non-player-character. The terminology was predominantly used to describe computer game characters, that have a limited script to verbalise, or a short fixed sequence of actions or tasks that they repeat. In these video games, an actual human player character will interact with the NPCs, in order to solve problems and find clues to progress to the next level. NPCs can be friendly & helpful, or aggressive & violent, depending on the scenario. Sound familiar to real life?

My favourite NPC scene in a film has to be from the mind-bending, brilliantly dystopian and unsettling 1999 film Existenz, whereby Jude Law’s character is constantly questioning the simulation of the game, as well as his own reality, as it is nigh impossible to tell if the game has ever finished!

The small talk and responses to various topics with people over the past two and a half years have made it feel as if many have become NPCs, or maybe they always were.

Empty vessels that used to be humans, incessantly vocalise scripted, regurgitated sound bites from the BBC, CNN, and The Guardian. Reality makes for an uncomfortable sense of being surrounded by a collective hive mind of approved thought, speech, behaviours, actions, and narratives.

I personally feel as if I have slipped into a parallel universe where most people I encounter on a day to day basis appear to be completely insane, lacking any critical & independent thought processes whatsoever.

Then you may find yourself questioning if you are the one who has gone insane. Thankfully, through connecting with like-minded people and finding more new media sources that reaffirm your sanity, you can become more grounded.

“Check your privilege! Adhere to compelled speech. How dare you misgender that person?! It is crystal clear that they are gender fluid, identifying as non-binary this morning, yet obviously pan-sexual this evening.”

“Why are you trying to explain the history of NATO expansionism to me? You clearly do not #StandwithUkraine, and you are poignantly pro-Putin. We switch the central heating off in our home for six hours every night. The Switch Off Putin report explained that’s how we can do our bit.”

“Hang on a sec, did you just say you haven’t had even one jab?? Riiiight, sure, they are not even vaccines either, really? You’re such a conspiratorial nut job lately. Good luck being able to travel without a COVID pass, idiot. You won’t be able to do anything or go anywhere. You are choosing to be excluded from partaking in everyday society. I admire your determination but eventually everyone will take the jab, you will have to fall on your sword!”

“I’m sorry but we don’t feel comfortable with you seeing your Grandkids if you aren’t boosted and up to date. Y’know, variants of concern and long COVID are doing the rounds again. I hope you understand, it’s nothing personal, just follow the science™.”

“Woahh, easy now, rewind a moment. You’re seriously telling me that there is a small group of ultra wealthy globalist elites, whom are openly colluding with multiple government leaders around the world to usher in something called the Great Reset ?! If this was real, I would’ve surely heard about it from the BBC or the Guardian by now! I’m really worried about these fantastical paranoid delusions you seem to be be having. This is the craziest thing you’ve said to me so far in 2020.”

As a player character, depending on your level of engagement and tolerance level for confrontation, you may find yourself experiencing quiet periods of bottling up the frustration with your peers, whilst on other days you simply cannot bite your lip.

If there are too many quiet days, where you’d rather ‘keep your head’ down, you risk internalising and normalising the torrent of lies that crash over your rational mind wave after wave, fighting for it to surrender to unreality.

Perhaps you were the first or even the only person in your company to speak out against mask mandates, vax mandates, or the preferential treatment given to the injected employees being able to return the office first.

Maybe you are brave enough to call out the climate scam for what it is, through intelligent debate rather than berating the uninformed.

Could you be trying to get ahead of those vulnerable minds, whom are predisposed to indoctrination and gullibility from any and all perceived authority, and keeping up the ridicule and obvious plot-hole illumination of the Monkeypox scam?

Jokes aside, this BS was literally a tabletop exercise in 2021 with a monkeypox simulation they conducted in March.

Fully assimilated NPCs wouldn’t flinch at this as being conspiratorial, they’d say “Well it’s good that they did the simulation, so that they are prepared for what is happening now thank goodness!”

There are so many topics to traverse amidst the NPC Community; what they believe and why they believe it to be true.

Perhaps everyone has an inner NPC that they must wrestle with for control, in order to articulate independent thought and expression, lest they risk falling into the chasm of collectivism and the inversion of truths across reality.

I’ll sign off here and leave you with a couple more bonus memes.

Nicholas Creed (pseudonym) is a Bangkok-based journalistic infidel impervious to propaganda. If you liked this content and wish to support the work, buy him a coffee or consider a crypto donation: