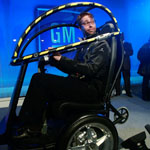 The crash has laid bare many unpleasant truths about the United States. One of the most alarming, says a former chief economist of the International Monetary Fund, is that the finance industry has effectively captured our government – a state of affairs that more typically describes emerging markets, and is at the center of many emerging-market crises. If the IMF's staff could speak freely about the U.S., it would tell us what it tells all countries in this situation: recovery will fail unless we break the financial oligarchy that is blocking essential reform. And if we are to prevent a true depression, we're running out of time. – The Atlantic

Dominant Social Theme: Wall Street must be stamped out like a bug.

Free-Market Analysis: What a world! And what an article. This one excerpted above, recently appeared in The Atlantic magazine. It is one of the most devious and clever we have ever read. It poses as a confession by a powerful man, but it really is a disguised apologia intended to defend central banking and shift the blame for the current crisis onto Wall Streets "oligarchs." In this, it mimics the very best of the kind of muckraking that occurred in the 1930s when Wall Street and European bankers were blamed for the great crash and subsequent Depression. It is beyond that even. It is muckraking as an art form.

Of course, we have been on the lookout for such articles. But we must confess, as connoisseurs of such, we have been a bit disappointed. The real action – and misdirection — has been taking place in Washington DC, in our opinion – on CSpan and the like. There haven't been many articles of note that we can point to. The recent Wall Street Journal article by Alan Greenspan was one. This is certainly another. And this one almost makes up for the paucity of others of its kind. Here we have real quality!

Part of the power lies in the placement – The Atlantic. There was a time in the West when the intellects of the world's most powerful city, New York, marched to the beat of "thought magazines" – the New Yorker, the New York Review of Books and The Atlantic among them. New York was a place where the brightest and most verbal people flocked. They read a lot and lived in apartments crammed with books. And boy could they write, and talk. And they believed in art and the written world. Thought magazines were their secular temples. Once upon a time, an article this well written, this powerful, this passionate, would have set leftish New York intellectuals on fire. It would have made the opinion-makers jump. What the article's author, Simon Johnson, writes would have resonated with grand power. It's that good. Here's the nub of his argument, smack in the middle of five printed pages:

Many IMF programs "go off track" (a euphemism) precisely because the government can't stay tough on erstwhile cronies, and the consequences are massive inflation or other disasters. A program "goes back on track" once the government prevails or powerful oligarchs sort out among themselves who will govern-and thus win or lose-under the IMF-supported plan. The real fight in Thailand and Indonesia in 1997 was about which powerful families would lose their banks. In Thailand, it was handled relatively smoothly. In Indonesia, it led to the fall of President Suharto and economic chaos. From long years of experience, the IMF staff knows its program will succeed-stabilizing the economy and enabling growth-only if at least some of the powerful oligarchs who did so much to create the underlying problems take a hit. This is the problem of all emerging markets.

OK, let's introduce some reality. As convincing as this statement is, we find it to be scarily incorrect. In fact, we find it to be an absolutely frightening presentation of the way the world works. Is it GOVERNMENT that needs to stay tough? In our humble opinion, government IS the problem in this day and age. Any government worth its salt in this day and age uses its central bank to print inordinate amounts of money – just as Zimbabwe has done and countless other ruined countries through past sad decades.

Once he has established how he wants us to believe markets and countries work, Johnson hones in on his real target, which is apparently the United States. He wants to make the case that the financial sector – not heaven forbid Western central banking policy – is truly at fault. Thus, we begin to see once more a predictable apologia for central banking in the form of finger-pointing at greedy bankers. Greenspan had a go at this recently, though being imaginative he didn't put it all on Wall Street. He blamed the crash on the prosperity of Asian countries that lent too much money to the West, basically. Still, that article vanished without a whimper. This one from Simon, despite the predictable logic, is a great deal more persuasive. Look at this:

Top investment bankers and government officials like to lay the blame for the current crisis on the lowering of U.S. interest rates after the dotcom bust or, even better-in a "buck stops somewhere else" sort of way-on the flow of savings out of China. Some on the right like to complain about Fannie Mae or Freddie Mac, or even about longer-standing efforts to promote broader homeownership. And, of course, it is axiomatic to everyone that the regulators responsible for "safety and soundness" were fast asleep at the wheel. But these various policies-lightweight regulation, cheap money, the unwritten Chinese-American economic alliance, the promotion of homeownership-had something in common. Even though some are traditionally associated with Democrats and some with Republicans, they all benefited the financial sector. Policy changes that might have forestalled the crisis but would have limited the financial sector's profits-such as Brooksley Born's now-famous attempts to regulate credit-default swaps at the Commodity Futures Trading Commission, in 1998-were ignored or swept aside.

Do you see? Simon alludes briefly to "lower interest rates" (that would be the Fed which jammed rates down for years and years under Greenspan, until Ben Bernanke blundered along and hiked them by something like two or three points in a couple of years, effectively putting a bunch of sub prime loans under water.) But then he moves along! Nothing to look at here, he metaphorically all-but-shouts. There are plenty of other complaints to be catalogued – and thus he conflates the real issue, the price-fixing of the money supply via central banking which is the ONLY issue of real substance, with other issues: regulators asleep at the switch, policy changes, etc. He is not finished, though. Here's how he ends up:

To paraphrase Joseph Schumpeter, the early-20th-century economist, everyone has elites; the important thing is to change them from time to time. If the U.S. were just another country, coming to the IMF with hat in hand, I might be fairly optimistic about its future. Most of the emerging-market crises that I've mentioned ended relatively quickly, and gave way, for the most part, to relatively strong recoveries. But this, alas, brings us to the limit of the analogy between the U.S. and emerging markets. Emerging-market countries have only a precarious hold on wealth, and are weaklings globally. When they get into trouble, they quite literally run out of money-or at least out of foreign currency, without which they cannot survive. They must make difficult decisions; ultimately, aggressive action is baked into the cake. But the U.S., of course, is the world's most powerful nation, rich beyond measure, and blessed with the exorbitant privilege of paying its foreign debts in its own currency, which it can print. As a result, it could very well stumble along for years-as Japan did during its lost decade-never summoning the courage to do what it needs to do, and never really recovering. A clean break with the past-involving the takeover and cleanup of major banks-hardly looks like a sure thing right now. Certainly no one at the IMF can force it.

Brilliant! O, well done! Johnson could have mentioned the Austrian economists – real free market economists like FA Hayek or even Ludwig von Mises, but he chooses instead to mention Schumpeter who will not really upset anyone's apple cart. And having mentioned Schumpeter, he goes on in a perfect imitation of current free-market criticisms to write about the need for "changing elites." But the elites that Simon has in mind are WALL STREET BANKING ELITES.

Now one can argue that such individuals do need to be changed. And one can argue that Wall Street is a big part of the problem when it comes to propping up the US Federal Reserve and the larger central banking network that has brought such woe on the world. But Simon is in the wrong pew of the right church. The elites that need changing are CENTRAL BANKING ELITES. And they don't simply need to be changed. They need to be driven from the temple, metaphorically anyway.

This article is so good! It is evidently written (or at least edited) by a top mind, one of the best the current monetary elite has to offer. Passionate, icily devious, so clever that one could argue it contains a higher level of sophistry than anything that has been written so far to mislead non-financial American "thought leaders" about what is going on. Twenty years ago such an article would have had an incredible impact. There would have few other outlets and The Atlantic's immense prestige and reputation for the utmost seriousness would have made this a turning point in the debate over who was responsible for the current crisis.

But today … Well, as we have written before, in our opinion, there are, unfortunately for the monetary elite, too many voices at work today to allow even the most prestigious thought magazines to shape to the debate. This article, as incredibly well positioned as it is to whip up class warfare against Wall Street will fail. It is already failing. It is like a drop of water in a sea. The ocean will not register it. Did you hear of it? What is The Atlantic anymore? We let our subscription run out. So did you. The thought debate has passed to the ‘Net.

Yes, it is the Internet, rolling on, telling the truth with every ebb and flow of the daily tide. And what a truth it is: That the ongoing manipulation of the money supply by powerful men (almost all men) for purposes of financial consolidation and sociopolitical control is just plain wrong. It ruins civil societies and brings hate, class envy and warfare to millions, even billions. These wrong activities do not have to be punished; there need be no physical rebellion; they have simply got to be STOPPED through a combination of education and understanding what supports civil societies.

People must understand the need to dismantle central banks, and to let fiat money devolve back to a historical precious metals standard. Regulations have little power compared to the power to create money. There are people in the world, a handful, who have the power of Midas. It's bad stuff. All the misleading articles in the world, in The Atlantic or elsewhere, will not set it right.