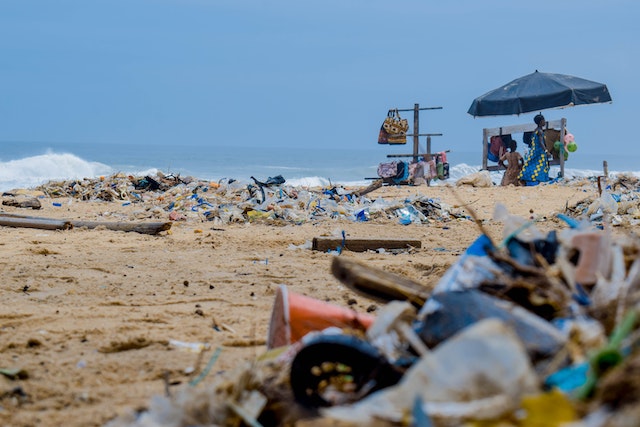 The corporate state assumes for itself the role of environmental savior, ordained by God Himself to wage holy war against “climate change.”

But it doesn’t apparently care too much, strangely, about the ongoing synthetic “forever” chemicals infestation of literally everything, including the food and water, which eventually make their way into even babies’ umbilical cords.

“EWG scientists reviewed 40 studies examining the presence and health effects of PFAS [perfluoroalkyl and polyfluoroalkyl substances] in cord blood. All 40 reported the detection of a wide range of PFAS in the blood. Sixteen studies found associations between PFAS exposure in cord blood and changes in vital body molecules called cord blood lipids, as well as harm to fetal and childhood development.”

Babies will get to enjoy those plastics for the duration of their lifetimes, from cradle to grave.

PFAS, per the National Institutes of Health, are used universally in all kinds of everyday products from food packaging to carpets to the water supply. The social engineers also lovingly add PFAS to COVID masks – the kind that schoolchildren who have no appreciable health risks are forced to wear in order to receive an education.

PFAS have earned the charming nickname “forever chemicals” because, as the name suggests, they don’t degrade in the environment like organic molecules and they stay in the body forever.

The body’s natural detoxification organs, the liver and kidneys, are incapable of filtering them out. Once ingested, they remain unmolested in the blood and tissues.

One doesn’t need a degree in The Science© to understand why babies administered a steady diet of PFAS isn’t an optimal situation health-wise. Here are a few reasons anyway:

“Exposure to these forever chemicals is associated with health harms including adverse changes in blood lipid profiles, and metabolic diseases like diabetes and obesity. PFAS have also been linked to increases in liver enzymes, behavioral and neurological outcomes, cancer, immune suppression, thyroid disorders, kidney disease, cardiovascular diseases, and harms to the developmental, and reproductive systems, such as reduced birth weight and length, and reduced abdominal circumference.” 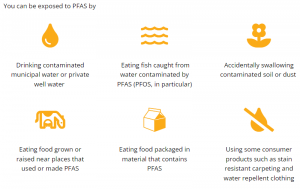 The toxic threat is not comprised of PFAS alone. We’re also subjected every single day to a barrage of the estrogen-mimicking, cancer-causing compound bisphenol A (BPA), microplastics, and literally thousands of other synthetic harmful, non-degradable substances.

Carcinogenic weed killer glyphosate is now present in 80% of US urine samples. The average American eats a credit card’s worth of plastic every week.

A brand-new industrial chemical is synthesized or manufactured every 1.4 seconds, and inevitably some of those that make it into general use will prove harmful. But, importantly, those dangers will become evident only later on down the line, once the industry that grew around it is already entrenched and has purchased sufficient regulatory favor to continue legally peddling it despite the health risks.

The real question from public policy and political perspectives is: why, living as we do in a virtual nanny state that is theoretically hypervigilant about Public Health©, does the quantifiable crisis of forever chemicals take a backseat to the social engineers’ preferred manufactured crises of COVID-19 and climate change?

The answer is that none of this is about genuine public health – which, as difficult as this may be to believe, once somewhat more faithfully served its ostensible function of promoting public health. That era is finished.

In the permanent emergency that is COVID-19 – the pandemic that won’t end even after the president said it ended — the corrupted federal government seizes greater social control and wealth consolidation for the governing class. The intended primary outcomes are vaxx mandates, lockdowns, forced masking, etc. and not improved public health. On the contrary, public health suffered greatly under the weight of COVID restrictions.

The same dynamics are at play with the “climate change” permanent crisis.

The only achievement of tackling the forever chemical crisis would be to make the population healthier, stronger, smarter and happier — not at the top of the agenda, and, in fact, the antithesis of what the technocrats hope to achieve.

What’s the social control/profiteering angle to cleaning up PFAS from the water and food supply – easily within the government’s multi-trillion dollar capabilities? There isn’t one, which is why this very real and very impactful environmental issue will never receive the same attention as “climate change.”

Were the corporate state to figure out how to massage the forever chemical dilemma into more power and social control for itself, CNN and The New York Times would suddenly insert the issue into the news cycle as if the problem just emerged yesterday, as if they are journalists who break stories rather than propagandists.

“Climate change” and COVID-19 are the trendy issues de jour because they allow the state to justify controlling human movement human (no more flights for you), monitor and track everyday activity with a carbon tracking app (fully integrated into the social credit score system currently in beta-testing in China), etc.

“Climate change” and COVID are even floated by the corporate media as potential justifications to engineer a “morality pill” that provides “moral enhancement” (aka more compliance). 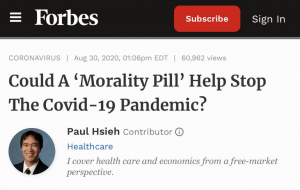 And, ultimately, COVID and “climate change” will, down the line, expedite the greatest, most ambitious technocratic project to date: to de-industrialize the modern world to replace liberal democracy with techno-feudalism as the governing structure.

This is conspiracy reality. You’ll never get it from the corporate news actor banshees, whose entire usefulness is predicated on their ability to lie to the peasant class with a straight face and a bright smile.