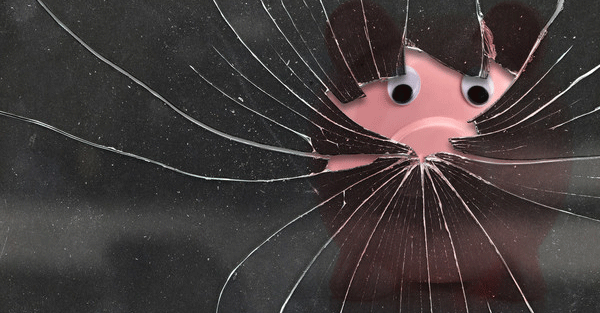 Why the Fed’s Stress Tests Aren’t Credible … For the sixth year in a row, the U.S. Federal Reserve is conducting stress tests to see whether the country’s largest banks can withstand a severe crisis. If only the results, to be announced this week and next, were more useful.  -Bloomberg

Federal Reserve stress tests for banks are a fantasy.

They don’t address contagion, for one thing. Contagion makes everything much worse.

The Fed is now going to upgrade its stress test analysis.

More advanced network analysis, such as that used by the Bank of Canada, can do a better job of addressing contagion effects. And to its credit, the Fed plans to increase the amount of capital required for the largest banks to pass the tests.

To its credit? Not really.

It used to be that banks created solvency by acquiring gold and silver. These days banks are considered solvent depending on their fiat “reserves.”

But the reserves are just debt-based paper money printed by the Fed.

The Fed can print as much fiat as it wants. If you are a big commercial bank, the Fed provides you access to lots of fiat.

And if you are in any trouble, the Fed will print more.

During the crisis of 2008, Ben Bernanke supposedly printed $16 trillion and sent it around the world as short-term loans.

Most supposedly were not paid back. This is one of the reasons that the Fed does not want an audit.

The Fed can print as much money as it wants because the dollar is the world’s reserve currency. Countries are forced to hold dollars to buy oil.

So pretending that that banks can be endangered because they don’t have enough reserves is silly.

The Fed is engaged in propaganda here. It is promoting an elite dominant social theme.

Fed officials want you to take the idea of “money” seriously.

They want you to take the idea of a bank collapse seriously.

But the Fed can print as much money as it wants. It can avert almost any crisis (though price inflation may be a problem later on).

Anyway, they don’t want you to know this.

You need to believe that banking is a difficult business. But it’s not.

It’s a foolproof business so long as the Fed owns a monopoly printing press.

In fact, banking is not really a business anymore for the bigger, “commercial” banks. These banks are basically capital redistribution centers for the Fed.

Of course, those who are partial to central banking want you to believe that commercial banks hold most of the money creation power. But they don’t.

The Fed can choke off money at will by raising rates. The Fed is the hub at the center of the wheel.

The monetary system is based on propaganda not reality. But the Fed and the large banks don’t want you to know that.

They want you to continue to think that banking is a business and that banks need to be well run and aware of “risks.”

These stress tests are part of that determination to delude you.

Those with “first access” to Fed funds have all the money they want. And that includes the US’s biggest commercial banks.

The real reason stress tests aren’t credible is because they don’t matter.

Conclusion: Don’t fall for this propaganda. You may be in danger of going broke, but the nation’s big banks are not. Not now and not in the future. Not until the dollar ceases to be the world’s reserve currency, anyway.