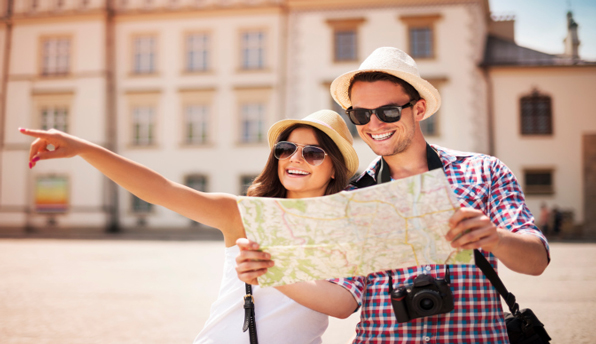 More Americans should work abroad … On Thursday, House Speaker John Boehner told members of the press that though immigration is "an important issue in our country" (thanks for that, John), it will be difficult to move immigration legislation this year. According to Boehner, the chief stumbling block is that Republican lawmakers simply don't trust the Obama administration to implement a new immigration law in an aboveboard way. It is also true, however, that conservatives in the House doubt Boehner's instincts on immigration, and worry that following his lead will do them more political harm than good. I tend to think that the skeptics are right, and that the GOP ought to put immigration reform on the back-burner. But just because we can't agree on immigration reform doesn't mean that we can't agree on emigration reform, a subject I'm guessing you've never heard about. – Reuters Opinion

Dominant Social Theme: Minds ought to be broadened.

Free-Market Analysis: We agree with this editorial! US citizens SHOULD go abroad. (Maybe they would stop calling themselves "Americans," as America is putatively a continent not a nation.)

In any event, they would surely find travel "broadening," just as this article suggests. The US diaspora only amounts to a very modest 2 percent, the article claims, and it ought to be a lot bigger.

Though you'd hardly know it from our domestic political conversation, U.S. migration doesn't just involve foreigners moving to the United States. It also involves Americans moving to foreign countries. And I'm not just talking about the troops stationed in southern Afghanistan, Okinawa, or Germany.

The State Department estimates that 6.3 million U.S. citizens live outside of the United States, a number that explicitly excludes military personnel. Granted, as a share of America's gargantuan population of 314 million, the American diaspora is an awfully modest 2 percent.

Some will no doubt see this as cause for celebration, particularly sentimental Americans who can't stand the thought of having loved ones move to distant locales. While I hate the thought of losing friends and family to Montevideo or Marrakech as much as the next guy, the truth is that the American diaspora enriches us all, and the United States would be much better off if it were much larger.

… What you might not know is that the United States sends far fewer skilled professionals abroad as a share of its population than other rich countries like Britain or Germany.

… It is also true that unlike British or German professionals, Americans who live and work abroad have to pay taxes on the income they earn outside of the United States … Frankly, if you're not a high-flying entrepreneur or business executive earning large sums, you probably won't pay all that much.

Even so, it is huge pain in the neck that is causing many almost-Americans – i.e., lawful permanent residents, many of whom studied at U.S. colleges and universities, or who grew up at least part of the time in the U.S. – to surrender their green cards rather than deal with this hassle.

The above two grafs provide us the beginning of the kind of insights US citizens should seek out abroad. Finding out how the US is perceived in the world and why is bound to be educational.

The article preaches optimistically that US citizens ought to go abroad … but here is a point to consider: The policies of the US are increasingly problematic when it comes to travel. It is getting more and more difficult to move money in and out of the US – and in the West generally.

Emigrating from the US is still feasible, as is moving one's money. But both will doubtless become more and more difficult as time goes on. That is obviously the trend and is reality, not opinion.

Anyway, despite difficulties, we certainly favor travel abroad for US citizens. Such travel will not just result in better formal educational opportunities or a more luxurious retirement. It will, in some cases anyway, lead to a general reevaluation about what is taking place in the world … and why.

And that might be the most valuable education of all.