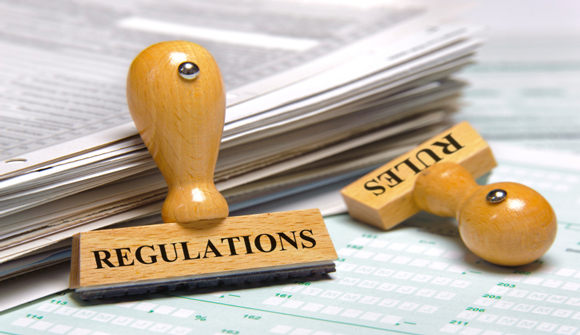 STAFF NEWS & ANALYSIS
The Regulatory Attack on US Business Is Not the Real Problem
By Staff News & Analysis - August 29, 2014

The criminalisation of American business … Corporate settlements in the United States The criminalisation of American business Companies must be punished when they do wrong, but the legal system has become an extortion racket … Who runs the world's most lucrative shakedown operation? The Sicilian mafia? The People's Liberation Army in China? The kleptocracy in the Kremlin? If you are a big business, all these are less grasping than America's regulatory system. The formula is simple: find a large company that may (or may not) have done something wrong; threaten its managers with commercial ruin, preferably with criminal charges; force them to use their shareholders' money to pay an enormous fine to drop the charges in a secret settlement (so nobody can check the details). Then repeat with another large company. The amounts are mind-boggling. – Economist magazine

Dominant Social Theme: Let these multinationals breathe. Give them air and freedom and keep the lawyers away from them.

Free-Market Analysis: The Economist magazine has decided a major problem with the US economy is that its largest multinational corporations and banks are being held for ransom by avaricious lawyers.

The magazine in this issue reports that "Bank of America, JPMorgan Chase, Citigroup, Goldman Sachs and other banks have coughed up close to $50 billion for supposedly misleading investors in mortgage-backed bonds."

Meanwhile, as the post continues, "BNP Paribas is paying $9 billion over breaches of American sanctions against Sudan and Iran. Credit Suisse, UBS, Barclays and others have settled for billions more, over various accusations. And that is just the financial institutions. Add BP's $13 billion settlement over the Deepwater Horizon oil spill, Toyota's $1.2 billion settlement over alleged faults in some cars, and many more."

For us, as we shall point out in this article, the above settlements are not the real problem. But the writers and editors at The Economist have already decided on their thesis, and thus the article plunges on:

In many cases, the companies deserved some form of punishment: BNP Paribas disgustingly abetted genocide, American banks fleeced customers with toxic investments and BP despoiled the Gulf of Mexico. But justice should not be based on extortion behind closed doors. The increasing criminalisation of corporate behaviour in America is bad for the rule of law and for capitalism.

Until just over a century ago, the idea that a company could be a criminal was alien to American law. The prevailing assumption was, as Edward Thurlow, an 18th-century Lord Chancellor of England, had put it, that corporations had neither bodies to be punished nor souls to be condemned, and thus were incapable of being "guilty".

But a case against a railway in 1909, for disobeying price controls, established the principle that companies were responsible for their employees' actions, and America now has several hundred thousand rules that carry some form of criminal penalty.

Meanwhile, ever since the 1960s, civil "class-action suits" have taught managers the wisdom of seeking rapid, discreet settlements to avoid long, expensive and embarrassing trials. The drawbacks of America's civil tort system are well known. What is new is the way that regulators and prosecutors are in effect conducting closed-door trials.

For all the talk of public-spiritedness, the agencies that pocket the fines have become profit centres: Rhode Island's bureaucrats have been on a spending spree courtesy of a $500m payout by Google, while New York's governor and attorney-general have squabbled over a $613m settlement from JPMorgan. And their power far exceeds that of trial lawyers.

The Economist leaves us puzzled. Our puzzlement begins with the idea that companies are responsible for their employees' actions. In fact, PEOPLE are responsible for their behavior – hopefully, the people directly involved. This notion of attributing human characteristics to legal concepts is a recipe for exactly the kind of chaos and authoritarianism that The Economist complains about in this article and elsewhere.

Instead of providing us with a legitimate solution, The Economist suddenly goes off on a tangent and decides that what the judiciary has torn asunder, the judiciary must put back together. When the law is an ass, it's an ass.

Corporate personhood is no more legitimate than monopoly central banking. As we've written in several recent articles, laws that established corporate personhood in the late 1800s fulfilled most of the fears of founding fathers that initially tried to restrain corporate power both at the federal and state levels.

Repudiate the Public Debt? How About Corporate Personhood and Monopoly Central Banking?

Reforming the Corporation: How Far Does One Go? Not Far Enough …

V Bomb: Governance Is Not the Solution to Corporate Overreach

In this last article, above, we wrote the following:

The East India Company and then the Dutch East India Company were chartered with monopoly rights that gave them great power and authority. Monarchs provided them royal charters and the span of their powers were virtually unlimited. The English East India Company would come to rule parts of India with its own private armies and to exercise various forms of public and private power.

In the modern world, given the expansion of corporate personhood, we are beginning to see once again the assumption of great power by multinationals. However, the quasi-fiction that corporations are outgrowths of the free market remains and gives rise to increasingly convoluted arguments over how best to "control" large corporations within the context of 21st century business and investment.

The Economist sees none of this apparently. Its writers and editors are concerned that multinational corporations – fattened by judicial force – are still too fragile to withstand the ongoing regulatory onslaught.

The magazine concludes its "leader" as follows:

Most cases of corporate malfeasance are to do with money and belong in civil courts. If in the course of those cases it emerges that individual managers have broken the criminal law, they can be charged. The second is a severe pruning of the legal system.

When America was founded, there were only three specified federal crimes—treason, counterfeiting and piracy. Now there are too many to count. In the most recent estimate, in the early 1990s, a law professor reckoned there were perhaps 300,000 regulatory statutes carrying criminal penalties—a number that can only have grown since then. For financial firms especially, there are now so many laws, and they are so complex (witness the thousands of pages of new rules resulting from the Dodd-Frank reforms), that enforcing them is becoming discretionary.

This undermines the predictability and clarity that serve as the foundations for the rule of law, and risks the prospect of a selective—and potentially corrupt—system of justice in which everybody is guilty of something and punishment is determined by political deals. America can hardly tut-tut at the way China's justice system applies the law to companies in such an arbitrary manner when at times it seems almost as bad itself.

This is a kind of bad joke. The Economist is worried that the rule of law is being undermined in the US by the exploitation of multinational corporations by regulators and the legal profession. But the US incarcerates some 50 percent of the world's penitentiary population and maintains some six million people in various forms of incarceration at any one time. That's certainly a graver problem, isn't it?

The real problem with the present corporate model is that it exists at all. Without state sanctioned violence supporting the current model, we tend to believe that the modern industrial scene would look a great deal different. It would be composed of small, flexible businesses – partnerships – that would join forces as necessary to accomplish tasks large and small. These businesses would obviously be accountable to the community. The current corporate hierarchy is merely a handmaiden of Leviathan.

The idea that the "suffering" of multinational corporations provides us with yet more tragic examples of the West's out-of-control legal industry is surely not a valid one. These vast corporations shouldn't exist in the first place. Reforming – removing – corporate personhood is a much bigger and more important task than restraining federal regulators.