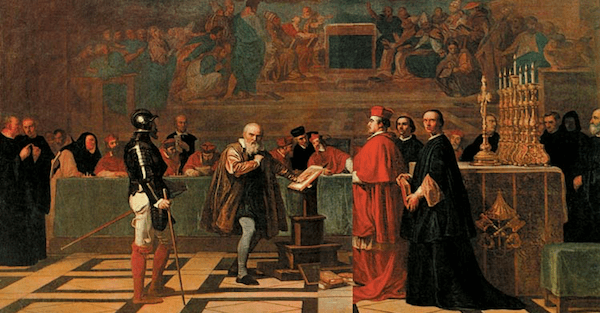 STAFF NEWS & ANALYSIS
The Return of the Inquisition: Do you confess?
By Simon Black - September 28, 2018

In 279 BC, the vast army of King Pyrrhus of Epirus was met by Roman forces at the Battle of Asculum in southern Italy, in what would be one of the costliest military engagements of ancient history.

Pyrrhus fancied himself the second coming of Alexander the Great and believed that he was a descendant of Achilles.

Many of his peers and contemporaries believed Pyrrhus to be the greatest military commander of all time.

His exploits were legendary. And when he set sail for Italy in 280 BC, the Romans did not underestimate him.

The Battle of Asculum was decisive. Pyrrhus actually won the battle; but in defeating the Romans, he lost so many of his men that his army was practically broken.

Pyrrhus purportedly said of his victory, “If we are victorious in one more battle with the Romans, we shall be utterly ruined. . .”

This gave rise to the term “Pyrrhic victory,” which refers to a win that’s incredibly costly.

Pyrrhus also tried his hand at diplomacy with Rome, sending one of his ablest statesmen to the capital to negotiate peace with the Roman Senate.

The emissary was not successful. But he reported back to Pyrrhus that Rome’s Senate was incredibly impressive– “an assembly of kings” comprised of its noblest citizens.

And he was right. In the early days when Rome was still a republic, its Senate was a highly revered institution that stood for wisdom, dignity, and virtue.

They were far from perfect. But the men who served in the Senate during the early republic were heavily responsible for building the most advanced civilization the world had ever seen up to that point.

Needless to say, times changed. Within a few hundred years, the Senate had become a corrupt joke, filled with venal criminals, weak sycophants, and mediocre minds.

I couldn’t help but think of this analogy yesterday watching the Inquisition of Brett Kavanaugh.

If you’re living under a rock (or reading this letter many years from now), Brett Kavanaugh has been nominated to serve as a Justice of the United States Supreme Court. This requires that he be confirmed by the Senate.

Recently a woman emerged who accused Kavanaugh of sexually assaulting her when they were all teenagers, several decades ago.

This is tantamount to accusing the man of a crime.

But rather than treat this as any other criminal matter in which the authorities would investigate the evidence to determine if charges are warranted… or the case is put to a court and jury to decide… the once-hallowed halls of the US Senate have been turned into an embarrassing circus that shines a giant spotlight on the deep social divides in the Land of the Free.

The whole charade is a horrible offense to the basic principles of justice in which a person is presumed to be innocent until proven guilty.

When it comes to claims of sexual assault, however, the man is automatically deemed guilty … and the accuser praised for her courage and bravery before the veracity of the assertion is ever deliberated.

Senator Maize Hirono of Hawaii recently stated, “Not only do women like [Kavanaugh’s accuser], who bravely come forward, need to be heard, but they need to be believed.”

By definition this is neither fair nor impartial, and turns the entire process into a Kangaroo Court… which is what the Senate has become.

At a certain point yesterday, one Senator introduced multiple pieces of evidence on behalf of the accuser, including ‘expert reports’ that justify her inability to remember details from the assault.

This is truly bizarre.

These Senators are playing the role of judge in this matter. It seems impossible to do this while simultaneously acting as advocate for the accuser.

Another Senator sat smugly and sanctimoniously, leering down at Brett Kavanaugh and demanding explanations about code words for beer and flatulence that date back to Kavanaugh’s high school days.

The fact that a United States Senator would actually consider this important evidence is an utter embarrassment.

Another disgusting perversion of justice is that the United States Senate actually felt compelled to negotiate with the accuser about when/how she would testify.

For example, the accuser wanted to prohibit certain questions, control who could/could not ask questions, determine the order of witness testimony, etc.

This is simply NOT how the justice system is supposed to work.

Accusers must face the accused in a court of law and submit to cross-examination, following the same rules that everyone else has to follow.

No one is supposed to get special treatment. That’s the point. And it is through this process that the truth is eventually discovered.

It’s not that I don’t believe the accuser. It’s entirely possible that she’s telling the truth.

But as this case has not been deliberated objectively through the normal due process that is guaranteed by the Constitution, no one can reach a valid conclusion.

Yet there are countless legions of people, including United States Senators, who have already made up their minds, like the Inquisition demanding, “Do you confess?”

And that’s the saddest part– this manner of Inquisition… trial by social media… has now been condoned and advanced by the United States Senate, an institution whose members have ALL taken a solemn oath to support and defend the Constitution which they are now violating in the worst way.

Clearly the Senate is no longer an assembly of kings… but a brood of bickering, immature weaklings.

(The only resilience displayed has been from the accused and accuser, both of whom have had to endure insane public scrutiny.)

Perhaps some Senators are trying to win points with the #metoo movement for the upcoming elections.

Or they’re intentionally blocking Kavanaugh simply because he is a Trump nominee.

Whatever their reasons, they may be victorious in achieving their desired outcome.

But it will be a Pyrrhic victory… for it will come at the expense of establishing a dangerous new standard that destroys the most important principles of Justice.