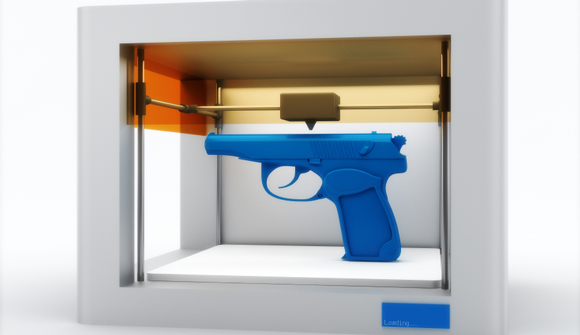 STAFF NEWS & ANALYSIS
The Right to Bear Virtual Arms
By Philippe Gastonne - May 11, 2015

When is a gun not just a gun? When it's also constitutionally protected free speech.

That is the legal argument being made by Cody Wilson, a Texas man who gained attention two years ago by posting what are believed to be the world's first online instructions for how to build a 3-D printable gun. Mr. Wilson's files for what he called the Liberator, a single-shot pistol mostly made of plastic, were partly a statement about freedom in the digital age and partly a provocation – and provoke they did.

A few days after the plans for the Liberator were put online, the State Department ordered Mr. Wilson to remove them, threatening him with jail time and million-dollar fines for having possibly broken rules that govern the export of military data.

Now, with a high-powered legal team behind it, Mr. Wilson's company, Defense Distributed, has filed suit against the State Department, claiming that its efforts to stop him from publishing his plans, which are no more than computer code, amount to a prior restraint on free speech. – New York Times, May 7, 2015

The Framers wisely placed these two amendments at the beginning of the Bill of Rights. Though they are adjacent on paper and (in theory) equally important, relatively few Americans give them equal priority.

First Amendment defenders tend to be on the left side of center. They are college professors, journalists, civil rights attorneys and people with all manner of unpopular opinions. Few own guns and many would prefer no one else have guns, either.

Second Amendment defenders generally come from the right wing: hunters, farmers, veterans, police officers and small business owners. For the most part, they do not leap to defend speech with which they disagree.

Of course, there are exceptions to the rule. Some professors like to hunt. Some farmers defend Occupy Wall Street's right to protest. The numbers are few on both sides, though.

Now the Cody Wilson case is bringing these two camps into alliance. The results should be revealing. How many vocal First and Second Amendment advocates will defend the other? We will likely see some hypocrites exposed.

For example, will the generally anti-gun New York Times editorial page recognize that its own freedom depends on Cody Wilson's freedom to distribute firearm plans? The resulting logical pretzel should be amusing.

Whatever the litigation decides, the reality is that Cody Wilson already won. Copies of his gun plans now exist on servers outside the United States. Uncle Sam can't retrieve them all, nor can it stop others from distributing additional software for other weapons.

The government might have better luck controlling the 3-D printing devices that can build guns, but that will be a tall order, too. The attempt will simply spark a fight with the technology industry, and the government still won't win.

As we see with the War on Drugs, the U.S. government is perfectly happy to fight futile battles for decades on end, at enormous human and financial costs. This case may launch another such campaign.

It won't work – but they will try anyway.