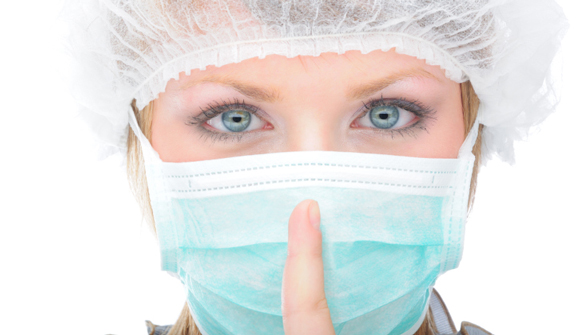 STAFF NEWS & ANALYSIS
The Right to Bodily Integrity: Nobody Wins and We All Lose in the COVID-19 Showdown
By John W. Whitehead - August 18, 2021

The government has a history of shamelessly exploiting national emergencies for its own nefarious purposes. Terrorist attacks, mass shootings, civil unrest, economic instability, pandemics, natural disasters: the government has been taking advantage of such crises for years now in order to gain greater power over an unsuspecting and largely gullible populace.

This COVID-19 pandemic is no different.

Yet be warned: we will all lose if this pandemic becomes a showdown between COVID-19 vaccine mandates and the right to bodily integrity.

It doesn’t matter what your trigger issue is—whether it’s vaccines, abortion, crime, religion, immigration, terrorism or some other overtly politicized touchstone used by politicians as a rallying cry for votes—we should all be concerned when governments and businesses (i.e., the Corporate State) join forces to compel individuals to sacrifice their right to bodily integrity (which goes hand in hand with the right to conscience and religious freedom) on the altar of so-called safety and national security.

That’s exactly what’s unfolding right now, with public and private employers using the threat of termination to force employees to be vaccinated against COVID-19.

Unfortunately, legal protections in this area are limited.

The Rutherford Institute’s policy paper, “Know Your Rights: How To Request a Religious Accommodation for COVID-19 Vaccine Mandates in the Workplace,” goes into the details of how and why and in which forums one can request a religious exemption to a COVID-19 vaccine mandate in the workplace, but there is no win-win scenario.

As with all power plays of this kind, the ramifications of empowering the government and its corporate partners to force individuals to choose between individual liberty and economic survival during a so-called state of “emergency” can lead to terrifying results.

At a minimum, it’s a slippery slope that justifies all manner of violations in the name of national security, the interest of the state and the so-called greater good.

We now find ourselves caught in the crosshairs of a showdown between the rights of the individual and the so-called “emergency” state.

All of those freedoms we cherish—the ones enshrined in the Constitution, the ones that affirm our right to free speech and assembly, due process, privacy, bodily integrity, the right to not have police seize our property without a warrant, or search and detain us without probable cause—amount to nothing when the government and its agents are allowed to disregard those prohibitions on government overreach at will.

This is the grim reality of life in the American police state.

Our so-called rights have been reduced to technicalities in the face of the government’s ongoing power grabs.

Yet those who founded this country believed that what we conceive of as our rights were given to us by God—we are created equal, according to the nation’s founding document, the Declaration of Independence—and that government cannot create nor can it extinguish our God-given rights. To do so would be to anoint the government with god-like powers and elevate it above the citizenry.

And that, in a nutshell, is what happens when government officials are allowed to determine who is deserving of constitutional rights and who should be stripped of those rights for whatever reason may be justified by the courts and the legislatures.

In this way, concerns about COVID-19 mandates and bodily integrity are part of a much larger debate over the ongoing power struggle between the citizenry and the government over our property “interest” in our bodies. For instance, who should get to decide how “we the people” care for our bodies? Are we masters over our most private of domains, our bodies? Or are we merely serfs who must answer to an overlord that gets the final say over whether and how we live or die?

Forced vaccinations are just the tip of the iceberg.

Forced vaccinations, forced cavity searches, forced colonoscopies, forced blood draws, forced breath-alcohol tests, forced DNA extractions, forced eye scans, forced inclusion in biometric databases: these are just a few ways in which Americans continue to be reminded that we have no control over what happens to our bodies during an encounter with government officials.

Read the writing on the wall, and you’ll see how little remains of our right to bodily integrity in the face of the government’s steady assaults on the Fourth Amendment.

Our freedoms—especially the Fourth Amendment—continue to be strangulated by a prevailing view among government bureaucrats that they have the right to search, seize, strip, scan, spy on, probe, pat down, taser, and arrest any individual at any time and for the slightest provocation.

Worse, on a daily basis, Americans are being made to relinquish the most intimate details of who we are—our biological makeup, our genetic blueprints, and our biometrics (facial characteristics and structure, fingerprints, iris scans, etc.)—in order to clear the nearly insurmountable hurdle that increasingly defines life in the United States: we are now guilty until proven innocent.

While forced searches—of one’s person and property—may span a broad spectrum of methods and scenarios, the common denominator remains the same: a complete disregard for the dignity and rights of the citizenry.

Unfortunately, the indignities being heaped upon us by the architects and agents of the American police state—whether or not we’ve done anything wrong—are just a foretaste of what is to come.

The government doesn’t need to tie you to a gurney and forcibly take your blood or strip you naked by the side of the road in order to render you helpless. As this showdown over COVID-19 vaccine mandates makes clear, the government has other methods—less subtle perhaps but equally devastating—of stripping you of your independence, robbing you of your dignity, and undermining your rights.

With every court ruling that allows the government to operate above the rule of law, every piece of legislation that limits our freedoms, and every act of government wrongdoing that goes unpunished, we’re slowly being conditioned to a society in which we have little real control over our bodies or our lives.

As I make clear in my book Battlefield America: The War on the American People, our government “of the people, by the people and for the people” has been transformed into a greedy pack of wolves that is on the hunt.

“We the people” are the prey.