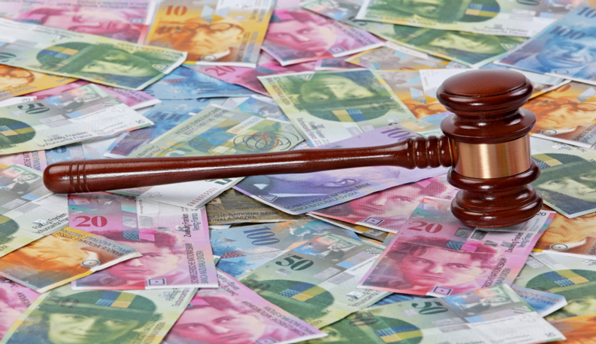 STAFF NEWS & ANALYSIS
The Strange Tale of Swiss Banking – And What It Means for You
By Staff News & Analysis - May 30, 2014

Secrecy's out, so here's what Swiss banks can still offer … If Swiss banks were to cast off their usual discretion and make a marketing pitch these days, it might start off something like this: Dear Potential Client, While we would be delighted to open an account and manage your money for you, once you've complied with our anti-money laundering provisions, please be advised that we will no longer be able to help you avoid taxes back home, and in fact may soon start providing account details to your national tax authorities. Moreover, if you are American, please stay away. We've been so beaten up by the Justice Department that we'd rather not take your money at all. – Reuters Opinion

Dominant Social Theme: The Swiss will survive by offering innovative products and services not available elsewhere.

Free-Market Analysis: What, really, do the Swiss have to offer now? Is it possible that the UBS scandal was in some sense planned to bring down the system.

The damage is certainly clear; the Swiss government and banking community sacrificed centuries of banking history and culture to ensure the continued vitality of several Western-style banking conglomerates.

UBS and Credit Suisse were US-oriented firms and the worst, presumably, that the US could do to them was to bar them from US soil and citizenry. But apparently being shut out of the US so panicked the Swiss elite that they have now sacrificed their entire private banking industry and a millennium of tradition.

Switzerland is bowing to massive international pressure — regulatory, judicial and political — to clean up its banking system, and the big question is how it can remain competitive as a financial center once it has done so. The fabled secrecy that Swiss banks used to provide — and which was a key to its attractiveness as a financial center — has been cracked open and replaced by a more nebulous form of confidentiality and privacy, the full details of which still need to be hammered out in international agreements.

The U.S. is leading the attack. After months of sparring with the U.S. Justice Department, Credit Suisse, one of the two big Swiss banks, this week pled guilty to conspiring to aid tax evasion and agreed to pay a $2.6 billion fine. The bank was just the latest such case; in 2009 its cross-town rival UBS settled with the U.S. government over similar accusations.

… These measures are part of a worldwide crackdown on offshore finance and tax evasion, and Switzerland has little option but to comply if it wants to maintain its place in a globalized industry. "It's a huge shift in culture for Swiss banking," says Stéphane Garelli, a professor at IMD business school in Lausanne. "Everyone is fed up and wants to turn the page."

But without secrecy as a competitive advantage, what is the future of Swiss banking? Switzerland has some undeniable strengths, including a long tradition of wealth management, political stability, an independent currency and what Garelli describes as an extensive "ecosystem" of lawyers, fiduciaries, accountants and other experts alongside the bankers.

… Experts say the big banks, including Credit Suisse, began adjusting to the new realities years ago. But some of the smaller private banks have been in denial until recently. One sign of a shift is that they are increasingly changing their governance structures, abandoning the age-old practice of being unlimited liability partnerships.

The change protects them personally, especially against legal action, but it also alters the trust-based relationship at the core of these private banks' business models. When you knew that the banker sitting on the other side of the table was personally on the hook if there were problems, you may have been more willing to trust her with your money.

Today Swiss banks of all sizes are trying to determine what they can offer clients to make up for the erosion of secrecy. The National Bank's Jordan provided some answers in his speech, saying banks need to ensure they can provide "considerably above average" value added for their customers, as well as stability during crises and "business conduct and reputations far beyond reproach."

If you read this last paragraph, you will see clearly the problems that the Swiss banking industry faces. Once, one could define exactly what Swiss banks did. They were private entities that provided their clients with numbered accounts and anonymity. The anonymity was part of an ancient tradition. But try to define what the Swiss system is today. Hard to do.

We remain surprised that an industry of such power and probity should allow its representative government to reduce it to a shambles inside of a few years' time. From our perspective, there was a lot more going on there than just a US attack on Swiss banking. In fact, it is well known that the banking industry in Switzerland is owned in part by the same Western powers that were behind the Justice Department's targeting of Swiss banking.

Thus, the same groups that managed the judicial attack from US soil acquiesced to it by signaling that their Swiss-controlled banks would abide by suggested settlements. Both the attackers and the accused were controlled by the same forces.

Not entirely, of course. But enough so that we can suggest with some surety that the Swiss affair was yet another episode of directed history. Western powers had decided that Swiss bank neutrality had to go, for one reason or another, and seemingly created the requisite scenario.

We are also aware that the most powerful banking families will likely continue to use Switzerland and will receive anonymity not afforded to others.

Finally, it is interesting that remaining private banks are switching from partnerships to corporations. This tends to confirm points made previously in these pages regarding how judicially enforced corporate personhood distorts markets and enables market behavior that would not otherwise be feasible or tolerated.

The article itself has a kind of chirpy tone, accepting as reality that governments, specifically the US government, has the right and obligation – on behalf of citizens – to eviscerate an industry in another country that provides substantial goods and services around the world.

Now, it may be that this industry enabled "tax evasion," at least in some cases, but that is something that states have traditionally dealt with using their own resources and usually applying them within their own borders. In many ways, it is an extremely slippery slope to insist that other countries cooperate with one's own bureaucratic priorities and national security concerns.

Eventually, perhaps, the US will face attacks from abroad over its behaviors. More than that, the precedent is a bullying one that seems to enshrine military and judicial force as the lodestars of international influence.

What remains most puzzling is that this most powerful industry composed primarily of private Swiss banks allowed itself to be virtually ruined in a few years' time. This alone shows us that there are very deep waters swirling around this debacle and that much of the story – most of it – has not yet been told, and may never be.

The precedent has been set, however. One nation may indeed interfere judicially in the affairs of another and force compliance.

The precedent is part of a wider assertion of privilege by a US government that is attempting to turn banking systems around the world into part of the US tax collection effort. FATCA and other regulatory environments are being imposed globally in an attempt to ensure that the financial affairs of US citizens are entirely transparent to the government.

No nation has ever asserted or tried to enforce such global authority.

Other articles and editorials in these pages have suggested that US citizens protect themselves from their government's overreach as best they can with second passports, second residences and various assets that can exist privately beyond government scrutiny and potential confiscation.

What we call the Internet Reformation has exposed internationalism and its goals as never before. But it is up to each individual to take human action to protect himself and his family from unfair and unreasonable depredations at home and abroad.