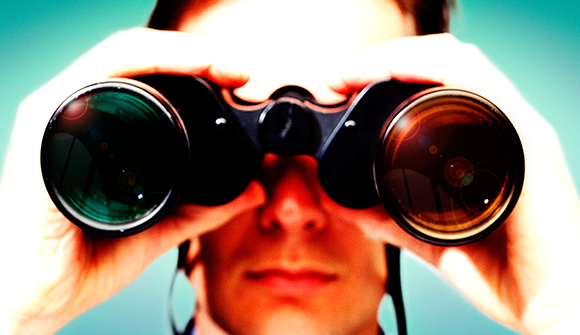 India turns down Snowden asylum request … India said Tuesday that it had refused an asylum request from fugitive US intelligence analyst Edward Snowden, joining Poland in publically rebuffing him as he seeks an exit from a Moscow airport. "Our embassy in Moscow did receive a communication dated 30 June from Mr Edward Snowden. That communication did contain a request for asylum," foreign ministry spokesman Syed Akbaruddin told AFP. "We have carefully examined the request. Following that examination we have concluded that we see no reason to accede to the request," he added. – AFP

Free-Market Analysis: Yesterday, we pointed out that the media was considerably more interested in examining the question of US surveillance and its necessity, or lack thereof, than in reviewing the many questions lingering around 9/11.

Today, we bear witness to an object lesson regarding the reality of asylum around the world. As we pointed out long ago, passports and visas have made traveling from one country to another an exercise that demands the approval for the most part of one's home country.

It wasn't always this way. The entire passport and visa program, worldwide, has only been generated in the past half-century or so. It corresponds as well to the rise of the global state with instrumentalities such as the United Nations, International Monetary Fund, World Bank, International Criminal Court, etc.

It is fairly surprising that people still insist that the globalist structure does not exist or has not expanded, for it does so on a regular basis and without formal consultations with the people it's affecting. In this case, its parameters have surely affected Edward Snowden.

Transparency campaign group Wikileaks said Monday that Snowden had submitted asylum requests to 21 nations including India, Russia, China and Brazil as well as his preferred destinations Ecuador and Iceland. The Kremlin announced Tuesday that he had abandoned his bid to stay in Russia after learning of demands from President Putin that he stop leaking intelligence reports.

Snowden, whose passport has been revoked by the US, has been holed up and in legal limbo in Moscow's Sheremetyevo airport for more than a week trying to find a safe haven. Elsewhere in Asia, a spokeswoman for China's foreign ministry Hua Chunying said Beijing had been "following the developments" but declined to comment further. "I've seen some reports of his petition for political asylum in some countries but I have no information about that," Hua said.

The US wants Snowden, who has leaked information about the National Security Agency's vast Internet and phone surveillance programmes, extradited so he can be put on trial. India, which has moved closer to the United States since signing a landmark nuclear power pact in 2008, has also defended Washington's surveillance programmes.

"Some of the information they got out of their scrutiny, they were able to use it to prevent serious terrorist attacks in several countries," Foreign Minister Salman Khurshid told reporters in Brunei in a broadcast interview.

Foreign Minister Kurshid is certainly defensive about surveillance technology, as India has just announced it is going to implement a full-scale security state throughout that great country and has begun putting various facilities in place.

Around the world, in fact, a curtain of invasive surveillance is descending and those like Snowden who wish to protest – or perhaps are chosen to (voluntarily or not) to provide us with pertinent examples – are increasingly stymied by the broad reach of the modern regulatory state.

The implications are as unfortunate as they are deliberate. Today, someone with government power can use the awesome force of the state to reduce or eliminate travel options simply by making a formal accusation. The accusation does not have to be accurate, nor does it even have to be grounded in reality. It simply has to exist.

Once it exists, other states around the world will tend to accept the accusation as legitimate. And thus, willy-nilly, we live in a world more Napoleonic than not, where innocence rather than guilt must be established.

The race to the bottom has commenced, as what stops a terrible dictator from pursuing his enemies to the ends of the Earth? The current passport/visa system has tremendously empowered even the worst of leaders, for state officials are more apt to cooperate than not when it comes to extradition – recalling that they wish the same courtesies extended to them.

On the other hand, we would imagine there may be considerable pushback generated sooner or later by the melding of the security state with the regulatory state. Many countries around the world are currently in turmoil – experiencing protests for a variety of reasons – and as we have long pointed out, anticipating democratic pushback is not the same as controlling it.

Snowden's story may seem an object lesson currently, and perhaps we are to view it that way, but the Internet Reformation is providing significant counter-trends as well.

High-information consumers will want to monitor both trends and counter-trends … and take appropriate action.