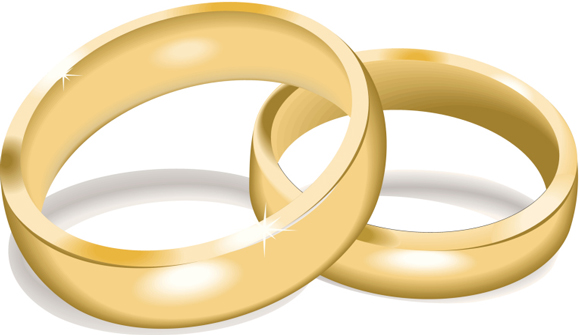 A remarkably swift and broad shift in public attitudes toward gays and lesbians, unlike any other in recent history, preceded the Supreme Court's ruling Friday that found a constitutional right to same-sex marriage.

As recently as 1990, about seven in eight Americans said sexual relations between adults of the same gender were wrong. In 2004, less than a third supported same-sex marriage, and only one state, Massachusetts, allowed it. Voters in more than two dozen states approved constitutional bans during the first decade of the 2000s. In 2008, the presidential nominees of both major parties publicly opposed gay marriage.

Then the scales tipped. In Maine, 53% voted to reject same-sex marriage in 2009; just three years later, 53% of Mainers voted to legalize it.

This month, a strong national majority was ready to support the high court's 5-4 ruling on Friday. – Wall Street Journal, June 26, 2015

The U.S. Supreme Court's decision to permit same-sex marriage nationwide has both winners and losers. One loser, at least so far, is clarity of thinking. People on all sides are discussing concepts without considering what they really mean.

Let's try to bring some order. We use this word "marriage" in at least three different ways.

First, marriage is a legal structure in which the government recognizes certain rights and responsibilities for people who follow a politically defined procedure.

Second, marriage is a religious institution in which members make commitments to each other in accordance with the religion's particular teachings.

Third, marriage is a cultural status in which people voluntarily honor the emotional attachment between spouses.

A given "marriage" can contain one, two or all three elements. Problems arise when we use the word in conversation with someone who has different sense(s) in mind.

Last week's Supreme Court ruling involved the first sense. As a legal matter, marriage is now open to any two adults in every state, without regard to gender. Pairs of men or pairs of women can now claim the same property rights, tax benefits, etc. as male-female couples.

We should note that government would not need to define marriage at all were it not interfering in people's lives in so many other ways. The tax consequences would be moot under a more equitable and rational tax system. The property rights and other conditions should be a simple contract between the two parties.

The Supreme Court did not, and cannot, "redefine" marriage in its religious sense. Churches remain free to convey marriage to their members under whatever conditions they wish. At the same time, they cannot impose their definitions on the rest of society.

The third sense is the most problematic and confusing. Many LGBT individuals seem to think the court decision gives their "legal" marriages a "cultural" seal of approval. It does no such thing.

Opinion polling, as the Wall Street Journal excerpt shows, suggests a majority of Americans are ready to accept same-sex marriages as legitimate – but a majority is not everyone. Nor does such a majority exist in every state, city or neighborhood.

Cultural attitudes change slowly. The same-sex marriage movement, having picked the low-hanging fruit, may now face much slower progress in gaining acceptance. Even the Supreme Court can't change centuries of traditional thinking with one decision.

The LGBT community can rightly celebrate a great legal victory. Broader cultural acceptance will probably follow, but it will take time. That time will pass more pleasantly if everyone uses the word "marriage" carefully and intentionally.