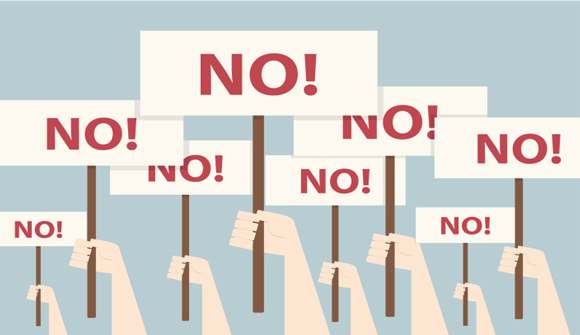 STAFF NEWS & ANALYSIS
The TPP is Not About Free Trade
By Philippe Gastonne - June 10, 2015

Washington's failure in recent years to keep careful watch over what goods are made where — especially when it comes to such vital items as electronics and drugs — means the United States now depends far more on China than vice versa. Back in the 1990s, advocates of liberalizing U.S. trade with China said economic interdependence would inevitably lead to peaceful coexistence. But one-sided dependencies invite adventurism, as China's growing belligerence today proves.

Washington must now address the fundamental flaws in the international trade system that gave China such a big advantage. The White House claims the proposed Trans-Pacific Partnership will help offset China's increasing heft. Unfortunately, the pact, which includes 11 Pacific Rim allies but excludes Beijing, will do nothing to fix the problems.

Today, the United States depends on China for myriad items that U.S. citizens need every day. These include 100 percent of key electronics and chemical components. They even include basic ingredients for some of the nation's most important drugs, including antibiotics. Given that supply chains often run on a just-in-time basis, in which goods are produced only as fast as they are consumed, there are often no backup supplies nearby.

China, by contrast, depends on the United States for little of vital importance. For what it does import in quantity, like energy and metals, it holds large stockpiles. – Reuters, June 3, 2015

This Reuters opinion article makes some odd claims about China and international trade. It ends by condemning the nascent Trans-Pacific Partnership. There are plenty of better reasons to oppose TPP.

The author first blames economic interdependence for China's "growing belligerence." Where is this alleged belligerence? That China asserts dominance in the seas around itself is no more surprising than the U.S. placing a high priority on controlling the Gulf of Mexico. Powerful nations secure their boundaries. It has nothing to do with trade policy.

If anyone is engaged in adventurism, it is the United States. Our navy jealously guards every ocean on the planet, including those China considers important. Would Americans react kindly if nuclear-armed Chinese vessels started patrolling the North Atlantic?

The author next decries a supposed "one-sided" dependency the U.S. has with China. It is indeed true that the U.S. would have a hard time rebuilding much of the manufacturing base that it outsourced to China, should China decide to stop exporting.

International trade is exactly that: trade. China gives us finished goods, and we give China our dollars. Were China to stop exporting widgets, it would simultaneously have to stop importing dollars. That would be foolish. The Beijing regime is many things, but foolish is not on the list.

The article reaches the right conclusion for the wrong reasons. We need not fear China to oppose the TPP "Fast Track" bill currently before Congress. What little we know about the top secret text suggests TPP has almost nothing to do with free trade, and a great deal to do with the profit margins of Washington's best corporate friends.

We can support free trade without supporting TPP because TPP is not about free trade. It is selective free trade, designed to reward some parties and punish others.

If anyone says otherwise, simply ask to see the TPP text. The fact that you can't see it tells you all you need to know.