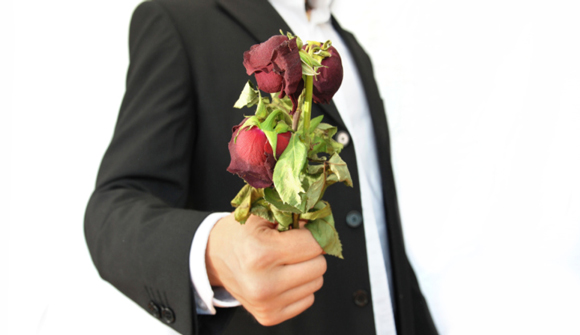 Bank of England says the UK recovery has taken hold … Mark Carney: "For the first time in a long time, you do not have to be an optimist to see the glass is half full" … Bank of England governor Mark Carney says the UK recovery has "taken hold" and unemployment will fall sooner than it had forecast. The comments came in the Bank's latest quarterly inflation report, which raised the forecast for UK economic growth this year and next. On Wednesday, the UK unemployment rate was reported at 7.6%, down from 7.8%. Chancellor George Osborne said the report was proof the government's economic plan was working. Mr Carney has said the Bank will not consider raising interest rates until the jobless rate falls to 7% or below. – BBC

Dominant Social Theme: Everything is coming up roses. We told you so.

Free-Market Analysis: The meme of "recovery" is in full bloom, as we can see from this article. But that's all it is. A meme, a promotional element plucked from an elite quiver full of such.

Let's review what we've learned in the five years of the Great Recession.

We've learned that Keynesianism is an exercise in verbal trickery designed to justify the price fixing of central banking. The top men who run central banking around the world are not apt to give up power, nor their dream of ever-expanding globalism. Thus the need for a numerate economist that could provide an incomprehensible economic theory that sounded plausible and supported the activism of central banks and governments in the process.

There is often argument over exactly what Keynes said, but we would argue it hardly matters. When one looks at the broad sweep of history, it seems obvious that central banking evolved as both a system and a pseudo-science. And Keynes provided this pseudo-science with enough incomprehensible mumbo-jumbo to seemingly justify it.

We've provided a brief narrative of Keynes's theories before, but there is no getting around their logical inconsistencies. Keynes does not describe what creates a depression or recession; he merely begins his narrative with their presence. This renders what comes next fairly incomprehensible. How can you prescribe a solution without explaining the problem?

Keynes's solutions have been described in numerous ways because he was both prolix and incomprehensible, never a good combination. But basically, he believed that government ought to "save" during booms and "spend" during busts. What Keynes provides in the modern era is the fuzzy notion that any kind of government stimulation is preferable to a lack of action. This includes, most prominently today, the idea of activist central banks busily monetizing at every operation. Somehow, this monetization will eventually "create jobs."

Mark Carney, the head of the Bank of England, obviously subscribes to these theories, as they justify his powerful position and his use of BOE monetary levers. Here's more from Carney on the economic outlook and what the BOE is going to do about it:

The timing of a rise in interest rates could have a significant political impact, but Mr Carney says that will not affect his decision making. In an interview with Channel 4 News he said he would raise interest rates just before the 2015 general election "if I had to".

The Bank has given a range of forecasts of when it thinks unemployment could fall to 7%. The most optimistic of these is next year, two years ahead of the time frame it gave in August. The odds for this are low, though. The Bank said:

"The MPC [Monetary Policy Committee] attaches only a two-in-five chance to the… unemployment rate having reached the 7% threshold by the end of 2014. "The corresponding figures for the end of 2015 and 2016 are around three in five and two in three respectively."

… The Bank said on Wednesday that it was not planning to raise interest rates any time soon from their current record low of 0.5%. Even when – and if – the jobless rate reaches 7% the Bank will not automatically move to change the cost of borrowing.

Growth for this year is forecast to be 1.6%, up from 1.4% previously thought, and for next year, annual growth is expected to be 2.8%, rather than the 2.5% it predicted in August.

The report said: "In the United Kingdom, recovery has finally taken hold. The economy is growing robustly as lifting uncertainty and thawing credit conditions start to unlock pent-up demand." Mr Osborne said: "Our economic plan is working and as the governor of the Bank of England says, the recovery is taking hold.

What nonsense this is. Notice the scientific nature of the discussion. "The MPC [Monetary Policy Committee] attaches only a two-in-five chance to the … unemployment rate having reached the 7% threshold by the end of 2014. "The corresponding figures for the end of 2015 and 2016 are around three in five and two in three respectively."

What is never described is HOW the MPC determines these figures. The reason it is not described is because it is guesswork. Any statistical information utilized in determining these figures must by definition be backwards-looking. There are NO forward-looking figures and thus there is no certainty that an enunciated solution is valid.

Monetary "science" is not a science. The good, gray technocracy that is supposed to endow the process with credibility is evidently a sophisticated promotion. Everything about these memes smacks of a kind of subdued show business … the impressive, ornate buildings in which central bankers meet secretly, as if to select a Pope; the media hordes surrounding the seers as a hush descends so that every utterance is clarified; the subsequent slavish parroting of these absurd forecasts, as if they have proved accurate in the past – they have not – and are thus worth relaying verbatim today.

The logic itself is never questioned. Every decision by central bankers about the price and volume of money is a price fix, and by definition a fixed price – one fixed, in fact, by force of the state – is bound to distort the economy over time.

But the system that Carney wants us to believe in is equally flawed. What central bankers do is print money – digitally these days – and then transfer those digits to financial firms. Now the money finds its way into the financial economy, including, most importantly, the bond and stock markets.

Once the money has swelled the financial markets, the "real" economy should benefit. And then once companies are feeling better about a "recovery" they will finally start to hire.

This convoluted chain of events is simply illogical. It would be much simpler just to GIVE people money if central bankers really wanted stimulate job growth and create prosperity. But that's not what is happening because the object of central banking is to create money and maintain control of it, the public be damned.

Carney can claim that there is a recovery under way, but if it is one that is achieved via faux monetary stimulation, it will be both ephemeral and prone to asset bubbles that will eventually burst, sinking the larger economy once again into a recession/depression. The system has been set up to work this way and can work in no other manner.

Carney is nothing but the latest in a line of smooth talkers who have fancy degrees and are paid a lot of money to make the current economic and monetary system sound credible, when it is not and never could be. A recovery that depends on spending debt-based money into the economy is ultimately no recovery at all, nor can it be.

It will surely swell stock markets – as we often point out – thus contributing to the opportunity for some to make significant cyclical profits. It will also contribute to the hollowing-out of an already weakened industrial environment, creating a continued cycle of destruction and misery for many more.